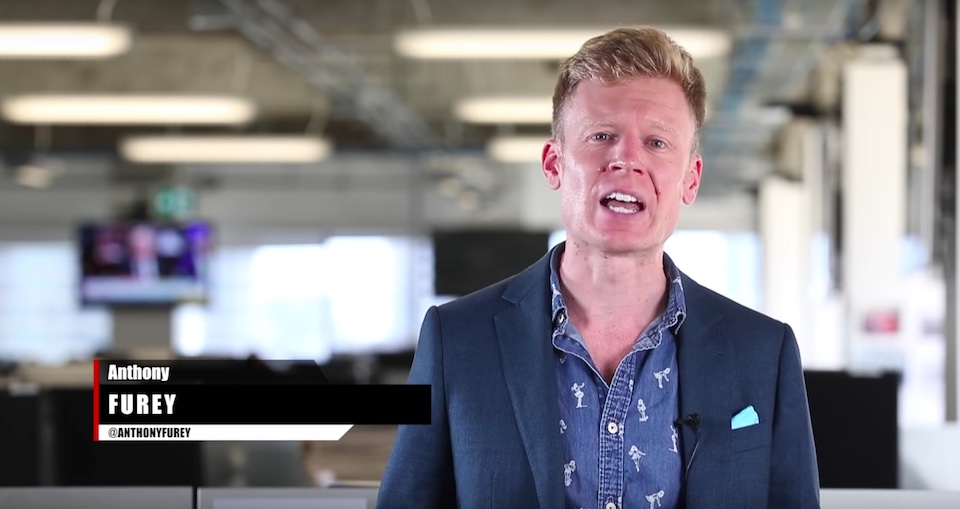 “Toronto’s psyche is under siege,” warned conservative columnist Anthony Furey in a recent “Furey Factor” video for the Toronto Sun. In addition to the lawless perpetrators responsible for April’s Yonge Street van attack and a summer of shootings, the national comment editor for the Sun chain specifically cautioned his audience against “all the people who exploit all of that carnage.”

But this is an act of projection. Events like the Danforth shooting become opportunities for publications like the Sun to funnel images/descriptions of nefarious, pro-terrorism Muslims into the mainstream. The more such characterizations that are actively in conventional use, the more “legitimate” they seem when the next tragedy hits.

In a recent column, Furey targeted Mohammed Hashim, a labour organizer and friend of mine, who helped the family of Danforth shooter Faisal Hussain with a press statement that expressed how the now-dead man struggled with a lifetime of psychosis and depression. Hashim has a long history of helping individuals and organizations in the community (pro bono) who otherwise wouldn’t have the capacity to deal with the media.

This smelled all too fishy to Furey, whose portrayal of Hashim was meant to generate a strong whiff of suspicion around the “spin doctor,” without stepping into language of overt Islamophobia. In an online bio, Hashim was credited with “framing a new narrative for Muslims in Canada” — one that broadens perceptions of Muslims beyond tiresome post-9/11 tropes. Furey presented this line as potential evidence of the Muslim organizer’s impure intentions.

The statement produced by the Hussain family was akin, Furey wrote, to how disgraced radio personality Jian Ghomeshi hired a top crisis-management firm to try to get off the hook for allegedly abusing women: as Ghomeshi tried to dodge consequences by employing skilled PR people, the Hussain family likewise tried to downplay their son’s pro-jihadist mentality by fabricating a story about mental illness. A more honest columnist might’ve just come out and said this.

Or, as right-wing commentator Mitch Wolfe asked on Facebook: Have “radical Islamists and radical Islamist sympathizers infiltrated the NDP, the Toronto police, the SIU, and especially the Toronto Star and the CBC who apparently colluded in putting out this suspect and deceptive story in the first place?”

Furey is also the host of National Post Radio on SiriusXM’s Canada Talks station and had Wolfe as a guest on the July 25 episode.

Wolfe, who has bylines for Rebel Media, speculated on Facebook that Faisal Hussain was a lucid, cold-blooded killer who aimed primarily for white women while avoiding people of colour in his rampage. Wolfe didn’t provide much by way of evidence, but in his post claimed that Hussain exhibited expert firearms proficiency (hitting “15 people out of 20 shots in 45 seconds”) and therefore couldn’t possibly have been mentally deficient.

Wolfe has since expanded on this in a piece for Canada Free Press, which states that “it is arguable that Hussain is part of a radical Islamic cell, that apparently not only trained Hussain extensively but supplied him with weapons, ammunition, logistics, organization and planning. And best of all, a cover story. After the fact.” A deeper look at Wolfe’s public Facebook posts reveal him referring to Faisal Hussain as a “Muslim animal” (July 24) and calling for the Hussain family to be investigated as “accessories to a terrorist act” (July 23). “One way to stop terrorist actions,” he wrote, “is to punish the family.”

No longer do observers have to troll darker corners of the blogosphere or subreddits for this kind of commentary in the service of anti-Muslim or anti-refugee sentiment. Today’s populist climate has become sufficiently conducive to it that those involved in normalizing alt-right arguments often stop mincing their words. The National Post, a still-respected conservative platform, is apparently quite happy these days to be associated with such drivel.

And a cursory look at Furey’s own ideological background would prompt any fair-minded observer to suggest that he hold himself to the same standard of transparency that he demands of advocates like Hashim.

Furey should discuss, for example, his participation in a conference last September organized by Canadian Citizens for Charter Rights and Freedoms (C3RF), a group trying to stop Islamist hordes from hollowing out Canadian democracy. The conference featured a number of right-wing speakers who warned against Motion 103, the Liberal proposal that called for a symbolic rejection of Islamophobia and racism in Parliament, along with hearings and a report on those issues. According to C3RF, M-103 was a covert attempt by allies of the Muslim Brotherhood within the Liberal Party and Canadian civil society to silence free speech and criticism of Islam [pdf]. Furey warned that any subsequent report based on M-103 would risk proposing laws that outlaw criticism of Islam, thereby eroding free speech in Canada and paving the way for a Shariah-compliant society.

At the C3RF’s conference last September, Sun editor Anthony Furey warned: “So for people who were saying, ‘Well, we’re a little worried whether this M-103 is a pathway to some sort of anti-Islamophobia law… some sort of blasphemy law… some sort of compliant-with-Shariah law…’ You have very good reason to be worried about that. And the media knows that.”

Other Sun personalities who spoke along the same lines included long-time anti-Muslim voices Tarek Fatah and Sue-Ann Levy, who even went as far as to remind the crowd that Barack Obama’s foreign policy was guided by his unholy “ties to Muslim ideology.”

These are the kind of voices and opinions making their way into a mainstream that doesn’t seem to possess any real mechanisms to counter them. The same can be said for Canada’s halls of power, which have an increasing number of figures sympathetic to this kind of Islamophobic rhetoric. As these trends show little sign of stopping, those in the establishment media shouldn’t be so smug as to think themselves totally protected from these exploiters of “all of that carnage.”

Steven Zhou is a Toronto-based journalist and writer focusing on national security and extremism. His work can be found in the LA Review of Books, CBC News online, The Globe and Mail, and BuzzFeed News, among other outlets. He is an associate editor at The Islamic Monthly.