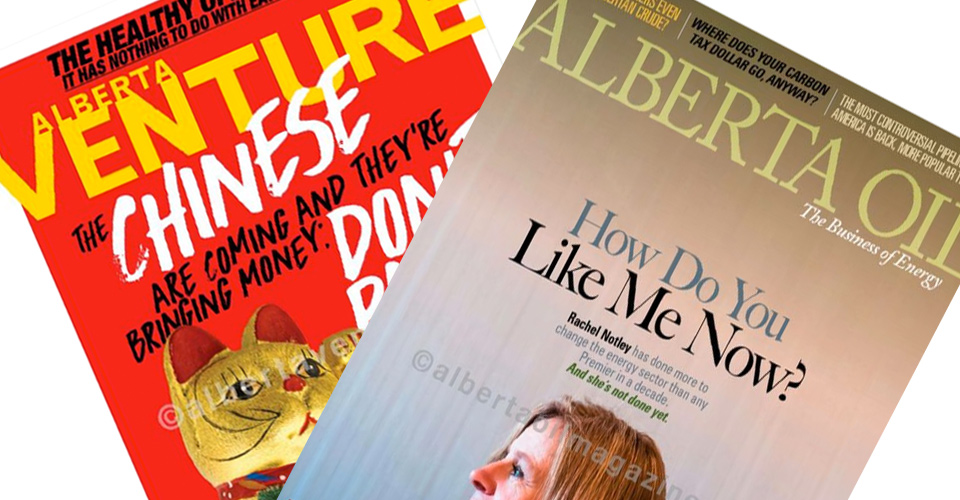 In recent years, Venture Publishing (VP) has gained a reputation for failing to pay freelancers — but now employees say that the Alberta firm’s business practices have also left them in the lurch.

Last month, the Canadian Media Guild condemned VP for habitually stiffing freelance contributors, after tabulating an outstanding debt of nearly $40,000 owed to 13 writers, photographers, and illustrators for magazines like Alberta Oil and Alberta Venture. According to half a dozen current and former employees I’ve spoken with over the last several weeks, the financial position of the company has been precarious for years, and refusing to pay freelancers was just a symptom of a growing financial problem that has now infected company payroll.

The staff say things went from bad to worse in the spring of 2016 after they didn’t receive their usual direct-deposit paycheques and VP’s ownership told them the company’s bank account had been “compromised” and subsequently frozen. Paycheques did eventually begin to dribble out, but several employees told me that instead of being issued by VP, they were handwritten from the business account of publisher Ruth Kelly’s husband.

In a phone interview earlier this month, Kelly admitted that there were payroll delays in 2016, but only for senior staff, and denied that cheques were ever issued from her husband’s account. Three different employees directly refute that claim.

One agreed to be quoted, but only anonymously for fear of reprisal. “In the office overall and in our communications overall, it was very stressful,” they said. “We never knew what was going on. That was kind of the main complaint always, that there was no communication and so we wouldn’t receive replies to emails from Ruth with those questions.”

Paycheque delays apparently occurred several more times throughout 2016 on a rotating basis, with some employees receiving pay while others would not. Senior staffers would often receive their money last.

In addition to the payroll turmoil, employees also say that the company’s health benefits plan became inaccessible in early 2016. While filling a prescription at a local pharmacy, one worker was informed that their company Blue Cross card was no longer active — and says that when VP’s management was pressed for an explanation, the company replied they had the right to discontinue health benefits at any time.

In our interview, Kelly admitted to me that the company did eliminate its staff health plan but says it happened in the fall, not the spring, of 2016. (Sources inside the company dispute this.)

VP’s publication schedule became increasingly erratic throughout 2016, according to people inside the company, who say that Alberta Oil and Alberta Venture have not been printed in their full circulation for many months. An employee with direct knowledge of the situation told me that in at least one case, as few as 400 copies came off the press, instead of the usual run of 20,000 to 40,000. Another employee told me that VP has also struggled to publish many of the contract magazines they produce for clients, and said the delays were caused by outstanding debts owed to the printers.

When I contacted publisher Ruth Kelly about the delays and reduced print runs alleged by her own employees, she denied it outright. She said Alberta Oil was shifting to a bi-monthly format and Alberta Venture had been printed consistently through 2016. She also denied that they were only printing a few hundred issues at a time.

Employees began leaving throughout 2016, but one insider said they were rarely being replaced, adding to a crushing workload for those that remained. One former employee said they were already doing double duty because of the absence of freelance contributions.

“I was writing whole issues by myself because no freelancer would work with us because they weren’t getting paid,” they said. “I don’t begrudge them not working with us, but that’s a lot of work. At one point, I’m pretty sure I was writing over 10,000 words a month. ”

When I pressed Kelly to explain the outstanding debts owed to freelancers and the treatment of employees, she blamed the sluggish Alberta economy.

“This is not just the story of Venture or of one magazine publishing company,” she said. “Everyone is going through restructuring to some extent.”

Kelly was also insistent that once the company returns to profitability, they will meet their obligations to both staff and freelancers.

“We understand our obligations to all our suppliers, just as we have consistently over the last 20 years,” she said.

In my many conversations with current and former staff, there is a shared feeling of disappointment, betrayal and even shame. But those same people also deeply admire their fellow employees doing good work under difficult circumstances.

Staff are now waiting to learn how much longer their jobs will survive.