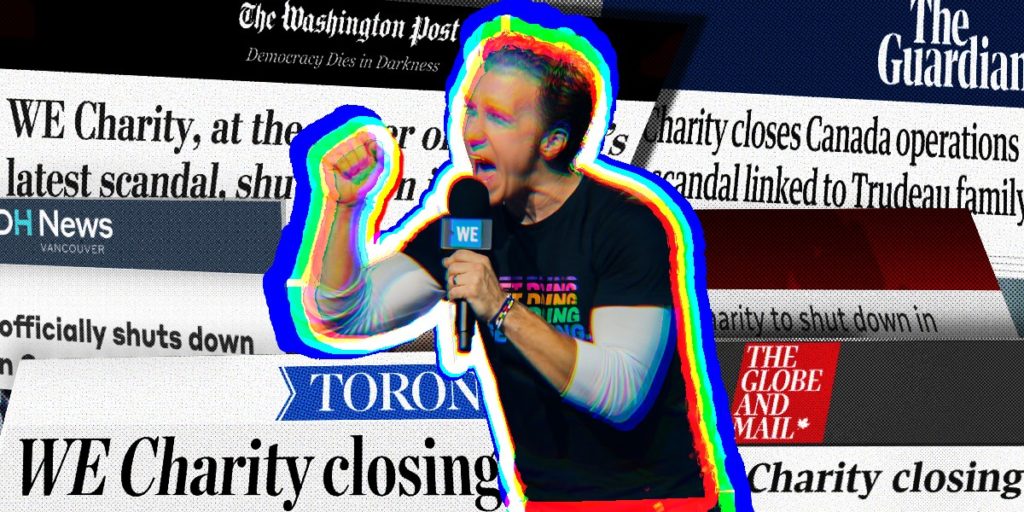 WE Charity Faked Its Own Death

It’s been over three months since Marc and Craig Kielburger announced that WE Charity would be winding down operations in Canada and that they would be stepping away from the organization.

Kielburger brothers ‘devastated’ by We Charity closure but say ‘there’s no one to blame’ https://t.co/LPORDKsuQJ pic.twitter.com/rWW9BKoJC1

So how’s the wind-down process going so far? Let’s have a look…

(WE Day events, the public was told, are over. WE Believe is billed as “part of the WE movement.” The event is organized by an entity called WE Believe Saint John, registered in May 2020. Craig Kielburger has top billing as a speaker.)

(Craig Kielburger said in September that WE was ending its Indigenous leadership program. These domestic donation options disappeared from their webpage after I tweeted about them. Archived page here.)

(Craig Kielburger said in September that ME to WE “has stopped – it’s no longer functioning” and that “all of our global travel locations, we’ve converted the camps to medical relief.”)

With charity fundraising, corporate partnerships, student-packed stadiums and voluntourism travel, WE’s operations during their wind-down phase look much as they did before the scandal, and even before the global pandemic.

Given that the scandal was in part due to WE’s focus on its for-profit business activities over its charitable work, it’s ironic that the consequences of the scandal so far have come at the expense of their philanthropy, not their assets.

The Kielburgers have still not released details about how the wind-down will actually work. Even if we assume that it will eventually occur and that WE Charity (Canada) will get shuttered, that says nothing of the dozens of other entities in the WE network, encompassing charities, businesses, foundations and holding companies on at least four continents. The assets of these entities include millions of dollars donated to WE by Canadians.

The announcement of WE Charity’s closure resulted in an end to months of scrutiny by politicians and the press. Here’s what charity lawyer Mark Blumberg, of Blumberg Segal LLP, wrote about it at the time:

“The whole announcement with attendant interviews, press releases, etc appears to be a public relations exercise to reduce negative coverage of the WE Charity. WE Charity’s main activities in Canada – WE Days and school activities have been closed for over 6 months. Major funders have left them months ago. They have fired the vast majority of their employees. They have announced previously that they were selling some real estate.  So there was not much new in their announcement except that all the real estate will now be sold and there will be the creation of an endowment.“

Testifying before a Parliamentary ethics committee last week, Blumberg renewed his call for the government to launch a full public inquiry into the WE organization.