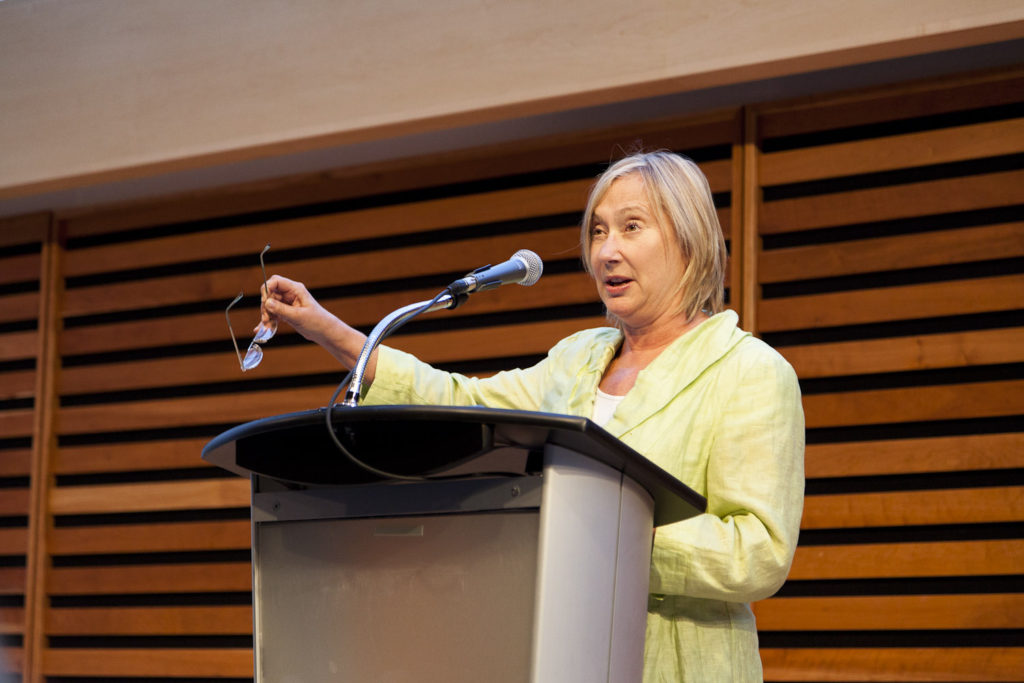 One of our intrepid readers, who asked to stay anonymous, is happy to let us to take credit for his work. He built us a Wente bot.
By Jane Lytvynenko
Share

The credits are rolling on the second Margaret Wente plagiarism scandal, and so far the sequel is playing out like a watered-down rehash of the 2012 original.

As the Globe and Mail stays largely silent about the new round of allegations as reported by BuzzFeed Canada and CANADALAND, things are likely to get back to normal soon. The Globe’s editor-in-chief David Walmsley and public editor Sylvia Stead haven’t been answering media requests, possibly waiting for the scandal to blow over like it did in 2012.

Wente’s absence from the paper is unexplained by its editors, but the plagiarism allegations keep piling up.

“It was the best of times, it was the worst of times” (preview of Margaret Wente’s next column) pic.twitter.com/9HMlXexlsc

It’s more than we are able to audit, but one of our intrepid readers, who asked to stay anonymous, is happy to let us to take credit for his work. He built us a Wente bot.

This technological marvel cross-checks articles Margaret Wente has linked back to against her own work. It then spits up any matching strings of words. The bot was built on the assumption that Wente made a habit of one of the kinds of plagiarism she was caught out for: linking to an article she’s borrowed words from, but failing to credit or quote the actual swiped passages.

It should be noted that the more traditional form of plagiarism — lifting sentences and never breathing a word about where you got them from — is also something Wente has done. But we don’t have an app for that. Whether this is plagiarism or just sloppiness, it’s systematic. Here are some of the things the bot has found.

In her optimistic column “The world is much better than it seems,” Wente borrows from the Washington Post’s Max Ehrenfreund:

Wente: “The drop in U.S. gun violence is part of an overall decline in violent crime, which has plunged by nearly half since 1991.”

Washington Post: “This decline in gun violence is part of an overall decline in violent crime. According to the FBI’s data, the national rate of violent crime has decreased 49 percent since its apex in 1991.”

Wente: In 1988, polio was endemic in 125 countries. Now, there are just two: Afghanistan and Pakistan.

Gates: in 1988, polio was endemic in 125 countries. The list is now down to just two: Afghanistan and Pakistan.

In her piece on California killings, she links back to a Deutsche Welle interview and quotes from it, but she put quotation marks a sentence too late:

Wente: The rise of modern global jihadism is rooted in extremist interpretations of Islam. Islamic organizations conveniently blame Western foreign policies for the rise of jihadism. “The most important reason behind the Muslims’ fascination with jihadism in the U.S. and elsewhere is their victimhood syndrome,” he said in an interview with Deutsche Welle.”

Wente also starts quoting too late in her column “We embrace our Syrian refugees — for now” but this time it’s from Janet Hook at the Wall Street Journal.

Wente: Around 40 per cent of Americans now think national security and terrorism should be the government’s top priority, according to a new Wall Street Journal poll. More than one-quarter worry they or their family will be a victim of a terror attack. “The clear message is that America is on the edge,” one pollster said.

WSJ: Some 40% of those polled say national security and terrorism should be the government’s top priority, and more than 60% put it in the top two, up from just 39% eight months ago. More than one quarter worry they or their family will be a victim of a terror attack.

In “Should universities police sexual assault?” she pulls from the Weekly Standard piece “A Real Dialogue for a Change” by Cathy Young.

Wente: One young man got an e-mail two weeks before graduation telling him he was being removed from campus because of a sexual assault complaint.His case was never heard, and he never graduated.

Weekly Standard: Soft-spoken but visibly emotional, Roberts described receiving an email two weeks before his scheduled graduation informing him that he was being removed from campus due to a complaint of sexual assault: “If I returned, I would be subject to expulsion and arrest.” His case was never heard, and he never received his diploma.

And while writing “Renewables are not enough,” she takes words from  Ross Koningstein and David Fork’s “What It Would Really Take to Reverse Climate Change,” published on IEEE Spectrum.

Wente: Google has invested many years and significant resources in tackling the world’s climate and energy problems.

Wente: But our aim should be to deploy significant resources to attain energy innovation at Google speed.

IEEE: The result could be energy innovation at Google speed.

The bot only looked at articles Wente has linked back to, not other publications. Some of the examples are more egregious than others but they are hardly isolated incidents. CANADALAND asked David Walmsley, Sylvia Stead, and Margaret Wente for comment but haven’t heard back. We’ll update the story if we do.

Aside from coming under fire for plagiarism in 2012, Wente has also been facing many allegations in the recent weeks. The Globe hasn’t said whether there will be consequences for the award-winning columnist or if they will conduct a review of her work.

Her column did not appear in the paper as scheduled.