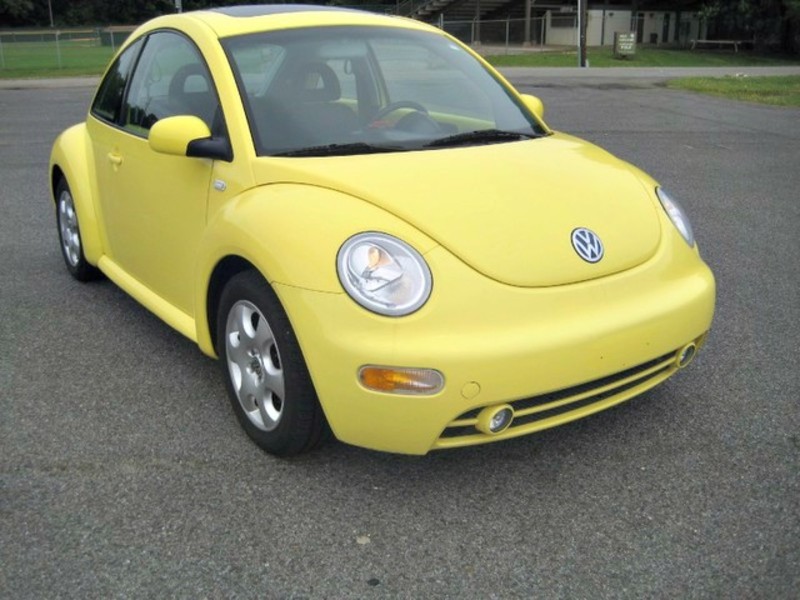 The first witness in the Jian Ghomeshi trial repeatedly said she was assaulted in a yellow Volkswagen. Linda Christina Redgrave, as we now know her, described the car as a “Love Bug,” a “Disney car,” and a “Beetle.”
News Brief By Jane Lytvynenko
Share

The first witness in the Jian Ghomeshi trial repeatedly said she was assaulted in a yellow Volkswagen. Linda Christina Redgrave, as we now know her, described the car as a “Love Bug,” a “Disney car,” and a “Beetle.” That’s part of how she lost her credibility in court, ruled Justice William Horkins, because Ghomeshi did not buy his yellow Beetle until seven months later. The type of car Ghomeshi drove on the night of the alleged assault is a detail neither the Crown or the defence clarified in evidence.

When Marie Henein, Ghomeshi’s lawyer, brought up the model of a different car, she presented the point to Redgrave as a hypothetical suggestion. “If he owned a car that was a GTI, that doesn’t look like a love bug, a Disney love bug by any description, would you agree with me that your memory would be wrong?” Henein asked in court.

“The car looked to me like a Beetle,” Redgrave responded. “If he owns something else then I was mistaken because I’m not a connoisseur of cars.”

But Henein didn’t enter into evidence the make, model, or colour of the car Ghomeshi owned at the time Linda Christine Redgrave says he assaulted her. 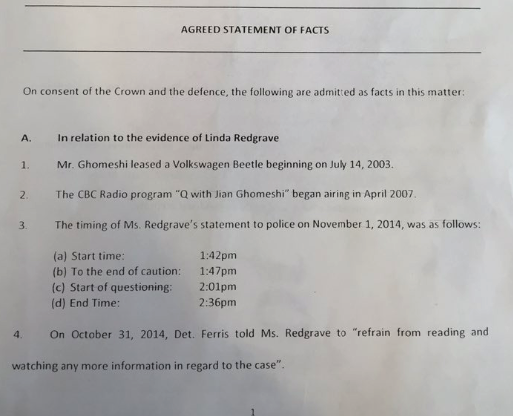 We don’t know what Ghomeshi drove on his dates with Redgrave, but CANADALAND confirmed that before he bought a Beetle, Jian Ghomeshi owned another small yellow Volkswagen. Mio Adilman, his publicist at the time, recalls Ghomeshi driving an amber-yellow “girly” car, which he remembers as either a Cabrio or a GTI.

Henein’s hypothetical suggestion to Redgrave that it was a GTI (she didn’t mention the colour) is not considered evidence, and Horkins could not factor it into his ruling. Yet the judge ruled that Redgrave’s memory was “simply, and demonstrably, wrong,” despite no clear evidence about what was right.

Horkins’ conclusion that Redgrave’s memory about the car was wrong was used as a reason to devalue her credibility as a witness. “This demonstrably false memory weighs in the balance against the general reliability of L.R.’s evidence as a whole,” Horkins wrote.

Lawyers CANADALAND spoke to for this story said this isn’t a legal error that would warrant an appeal. According to Joshua Sealy-Harrington, a litigator who will be clerking at the Supreme Court,  “it’s fair to say that proof that he purchased one yellow Beetle later on does not disprove he didn’t drive a yellow Beetle.” But Sealy-Harrington, who wrote a detailed breakdown of the Ghomeshi ruling, also said “the judge only has the evidence that he has.”

“If the Crown wanted to advance that theory, they could have sought to adduce evidence to demonstrate that,” he added.

Michael Callaghan, the Crown prosecutor, asked for the judge to consider that lack of evidence during his closing statements. We reached out to Callaghan for comment but did not hear back. 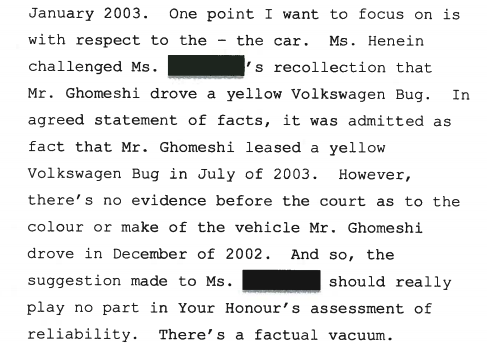 But this argument is not recognized in Horkins’s ruling. 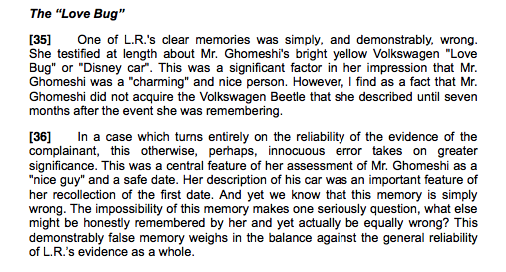 In an interview with CANADALAND, Redgrave questioned Horkins’s conclusions about her memory. “Why did the judge take a suggestion and then go with it as if it were a fact,” she asked.

Redgrave said when she saw the car, it was in a dark parking lot, while it snowed. She is firm in her recollection of the car being a small, yellow Volkswagen.

“I feel like he [Callaghan] did the best he could,” Redgrave said about the Crown’s handling of the case, “but I would have liked to see more questioning, more help in clarifying.”

It’s not the only issue in which she believes the facts were twisted against her.

Many media outlets reported that Redgrave remembered writing Ghomeshi an email, although this detail was often buried in stories characterizing her as having misrepresented herself about further contact.

One media outlet that ignored the detail completely was the Toronto Star.

Kevin Donovan, reporting on day two of the trial, wrote that the first witness denied having any further contact with Ghomeshi after the alleged assault. He makes no mention of Redgrave’s testimony about writing Ghomeshi an email.

Star columnist Rosie DiManno, wrote that Redgrave had “neither seen nor had any further contact with Ghomeshi after that night.” She also neglected to mention Redgrave’s testimony about writing Ghomeshi an email.

Callahan: After the attack, did you ever see Mr. Ghomeshi again?

Witness: I may have.

Callahan: And do you remember the context of that?

Witness: […] I have a vague recollection of composing an e-mail when I was angry, but I don’t even remember if I sent it.

Callahan: Did you ever see him again?

Redgrave lifted the publication ban on her name on Monday. In her many media interviews, she said a part of her motivation for revealing her name was the treatment she received during trial from both the judge and the media.

After her court apprearance, Redgrave launched comingforward.ca to help sexual assault victims based on her own experience.

Jian Ghomeshi is facing another sexual assault trial on June 6.