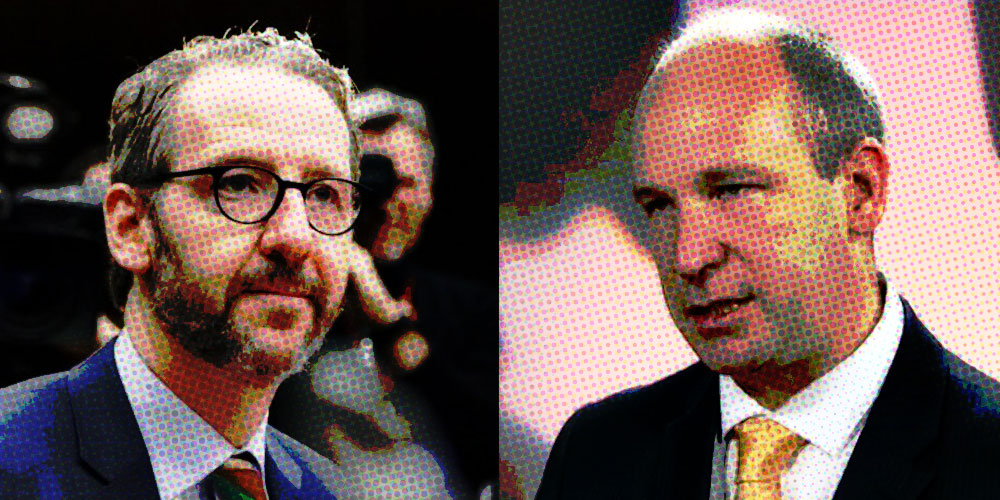 Twelve Million And A Tax Break: What The Globe And Mail Wanted From Justin Trudeau

"I am keen to set up a meeting between yourself and my boss," the Globe's editor-in-chief wrote to a PMO official
Article By Jesse Brown
Share

Through 2017 and 2018, as reporters for The Globe and Mail were busy covering the Justin Trudeau government, the newspaper’s management, including its editor-in-chief, repeatedly engaged with the Prime Minister’s Office in a very different way, campaigning through meetings and emails for millions in research-and-development funding and tax law changes that could benefit the paper’s owners, according to emails and documents obtained by Canadaland and the accounts of former government officials.

“I don’t know why he’d say that,” Gerald Butts, the former principal secretary to the prime minister, says in an email.

“Mr. Walmsley discussed many topics with me,” says Butts, “including their SIF application, policy issues related to support for journalism, and about having government representatives attend their events. I did what I always did with requests of that kind, and directed them to the appropriate officials.”

Butts says that Walmsley discussed the Globe’s business interests with him on multiple occasions, and that in one instance, Walmsley used what was understood to be an editorial meeting between the Globe and the Prime Minister’s Office to raise the specific issue of Strategic Innovation funding. Butts resigned from the government in February — following the Globe’s reporting on efforts by the PMO to persuade Justice Department officials to grant a deferred prosecution agreement to Montreal firm SNC-Lavalin — and later went to work on the Liberals’ reelection campaign.

Canadaland obtained a number of emails sent by Walmsley to a senior PMO official. In one July 2017 message, Walmsley wrote that he was “keen to set up a meeting between yourself and my boss,” Globe CEO and publisher, Phillip Crawley.

“Phillip would like to discuss the current media landscape with you and discuss some things The Globe and Mail is doing,” Walmsley wrote.

Another email obtained by Canadaland would seem to show Walmsley offering the PMO a favour. In the email, sent during the 2018 World Economic Forum in Davos, Switzerland, Walmsley offered to introduce a government official to a Procter & Gamble executive, whom he described as a “highly capable industry leader.”

“If you don’t know Carolyn i can e intro you,” Walmsley wrote. “She manages 29bn revenue.”

In a passage on lobbying, the Globe’s editorial code of conduct states that “The Globe and Mail connection must not be exploited” by Globe staffers, and that staffers should not make submissions to government agencies if they “routinely take part in coverage of the agency or subject matter involved” [pdf].

After Walmsley’s denial that he had ever lobbied the PMO, Canadaland followed up in an email, sharing details from messages he had sent to the senior PMO official and informing him that we had been told he had used an editorial meeting to raise the Globe’s business interests. We asked if he would like to provide further comment.

A reply was provided, not from the Globe’s top editor, but from the office of its CEO.

“The Globe and Mail is proud to take a leadership role in advocating for the importance of media in Canada,” read the statement from Crawley’s office. “We are open about our ideas regarding the current and future challenges of the industry and have always worked within the appropriate channels to express our views. The integrity of our editorial coverage speaks for itself.”

The lobbyist registry shows no entries for Walmsley or any other employee of the Globe. Under federal lobbying rules, a person carrying out lobbying activity on behalf of their employer need only register as a lobbyist if lobbying constitutes at least 20% of the person’s overall duties in a given month (or if duties spread among multiple employees would add up to that much if carried out by a single person). There is no evidence the Globe violated the Lobbying Act.

The Globe has published several stories over the years about unregistered corporate lobbying of the federal government. An April 2018 opinion piece from the newspaper’s editorial board questioned the lack of registration by Facebook employees but conceded that “the threshold for registration is fairly complicated and subject to some interpretation” and that there was no evidence Facebook had broken the law. Nevertheless, the Globe called for an investigation into Facebook’s activities, and the following month, Facebook registered the managing director of its Canadian operations as a lobbyist.

In early 2018, the Globe retained a professional lobbyist, John Delacourt of government-relations firm Ensight Canada, a sister company of crisis-communications firm Navigator Ltd. He registered to conduct lobbying on a “grant application under the Strategic Innovation Fund,” “changing policies around the Canadian Periodical Fund and Canada Media Fund,” and “possible changes to the Income Tax Act, with respect to philanthropic funding.”

The Strategic Innovation Fund is a two-billion-dollar program launched by the Trudeau government’s ministry of Innovation, Science, and Economic Development (ISED) in July 2017, to “attract high-quality business investments in Canada’s most dynamic and innovative sectors.”

Butts’s account that he directed Walmsley to the appropriate government officials is supported by a former senior official familiar with the SIF file, who tells Canadaland that in early 2018, Butts contacted the official about Walmsley.

The former official specifically recalls Butts contacting them to say that he had just spoken with Walmsley, who, Butts said, had brought up the Globe’s ambitions for SIF funding, and that the official should expect contact from the Globe, which did indeed follow.

The registry shows an April 17, 2018, communication between Delacourt and officials from the PMO, Canada Revenue Agency, and three departments, including ISED. According to the former senior official, Crawley was present at that meeting.

Not long after, The Globe and Mail submitted a request to the Strategic Innovation Fund for $12.13 million to be spent on a project titled “Artificial Intelligence for Sophi Commercialization: An Advanced Analytics Platform.”

The proposal, obtained by Canadaland, described how the Globe intended to transform itself “through the development and application of data science across our business.” The proposal also touted Sophi, an analytics program the Globe developed and was looking to license, that “allows companies to determine when, where, and how to promote content to maximize value…Ultimately the software will be able to predict value before content is published.”

Canadaland also obtained a PowerPoint slideshow summarizing this larger initiative. Among other things, it described the Globe’s intent to create AI tools for “augmented journalism,” in which “repetitive tasks,” such as “tedious research” and “fact checking” are automated, “reducing human effort and squeezing time out of the many chores journalists must undertake.”

ISED did not approve The Globe and Mail’s application. The former senior official familiar with the file says the proposal did not meet the innovative and transformative objectives of the program.

The Globe and Mail Foundation

In March of last year, Crawley incorporated a not-for-profit entity called The Globe and Mail Foundation, whose stated goals, per its articles of incorporation, are “to advance education and inform knowledge, public discourse, and citizen participation” and “to promote and maintain efficiency, high standards of practice, and excellence in journalism and the news industry for the benefit of the public.” This would be achieved through holding public forums, conducting research, offering training programs, and providing financial assistance to students studying journalism.

The foundation is not currently a registered charity, but the articles of incorporation describe an intent to receive funding from, and give money to, “other registered charities or qualified donees.”

The Globe and Mail Foundation articles of incorporation (Text)

Crawley has told his own paper that the foundation could provide enhanced resources for reporting and “potentially expands the scope of our journalism.”

Another document obtained by Canadaland may shed further light on the Globe’s plan for the foundation and why Delacourt registered to lobby for tax changes.

In a three-page PDF created circa 2017, the newspaper described a possible future for itself inspired by The Guardian’s model in the U.K. and U.S. A new, adjacent charitable foundation would support the for-profit Globe in the form of “grants for editorial projects”; the newspaper could “donate office space, administrative support, and equipment” to the foundation as in-kind contributions.

Journalism, in itself, is not currently recognized as a charitable purpose in Canadian common law.

But late last year, Crawley told the Canadian Press that the Globe had “talked to the government about creating a separate charitable foundation to solicit donations from people and organizations that want to invest in certain types of journalism.”

The Globe and Mail is owned by Woodbridge Company Limited, the holding company and investment arm of the Thomsons, Canada’s wealthiest family. According to the 2018 application for SIF funding, Woodbridge also finances the Globe. Unlike a for-profit newspaper, a charitable foundation would be able to issue receipts for contributions, which could potentially result in significant tax breaks for its biggest patrons.

That lobbying initiative, however, appears to have thus far been unsuccessful. Though the government’s 2019 budget introduced the ability for qualifying news organizations to register for charity-like “qualified donee” status, it extended no such considerations to non-profit foundations that exist to support for-profit news enterprises.

In April, two months after the Globe broke the SNC-Lavalin story, the paper ran an online opinion piece asking “Is Gerald Butts a modern-day Rasputin?”

On Twitter, Butts wrote that Walmsley had written to apologize to him soon after.

Funny thing that piece. The @globeandmail Editor in Chief wrote me to apologize for it as soon as it went up on Friday. He said it was meant as satire, shouldn’t have been published, and wouldn’t appear in the paper. Then they pushed it on digital properties all weekend. 🤷‍♂️ https://t.co/6hQWFgDMdN