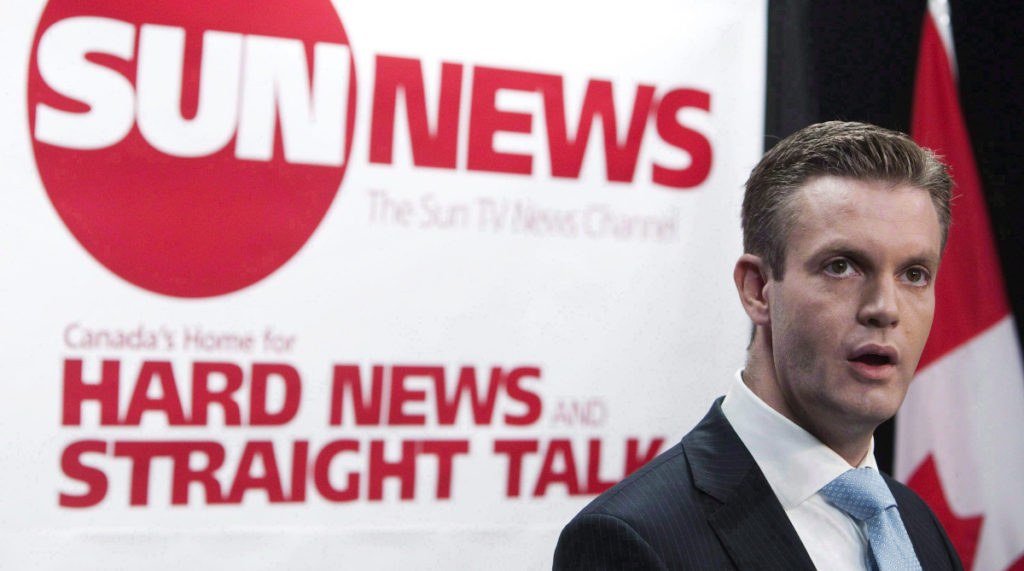 Why did Krista Erickson’s Hit-Piece on Kory Teneycke Disappear?

In the piece, Erickson makes several allegations about Teneycke meddling in Sun News programming, planning to fire 50 per cent of the staff for not being Conservatives, and personally intimidating her. Erickson wrote that former cabinet minister Lynne Yelich told her the Sun News Network is “a great idea but you’ve got to get rid of Kory Teneyck. It will never work as long as he’s running it.”
By Jane Lytvynenko
Share

An article in National Newswatch containing blistering allegations against Kory Teneycke, former director of communications to Stephen Harper’s Prime Minister’s Office, has been removed without explanation.

The story was written by former Sun News Network anchor Krista Erickson who disappeared from Canadian media in 2013 and moved to London, UK to attend law school.

In the piece, Erickson makes several allegations about Teneycke meddling in Sun News programming, planning to fire 50 per cent of the staff for not being Conservatives, and personally intimidating her. Erickson wrote that former cabinet minister Lynne Yelich told her the Sun News Network is “a great idea but you’ve got to get rid of Kory Teneycke. It will never work as long as he’s running it.”

Here are some of her claims:

Erickson says when SUN TV learned that Jack Layton visited a massage parlor 16 years earlier, they ordered her to present this as a major sex scandal, despite the lack of an arrest or proof of sexual activity. Had she refused, she wrote, she would have been taken off the air.

Erickson says she was told by Teneycke to stop reporting on the “homophobic gaffes” of Wildrose candidates during the 2012 Alberta election. She said he told her to stop speaking about the leader’s record on abortion and well, but she refused.

She claims Teneycke also had a hand in killing Sun News’ coverage of the Amanda Todd case.

“Teneycke told producers that Sun News was not going to continue to cover the story and, ’help create another dead celebrity teen,’ while assisting the Official Opposition with its proposed anti-bullying legislation.”

According to Erickson, Teneckye devised a plan to fire 40–50 per cent of Sun News workers, “many of whom he considered Liberal sympathizers.” Erickson wrote that he planned populating the newsroom with Conservative staff instead.

Erickson also claims Teneckye personally intimidated her after his subordinate listened in on a phone call she had with her husband through the thin office walls.

CANADALAND reached out to National Newswatch through every available channel  with questions on why the damning story has disappeared. On the frank website, Erickson said she asked for an explanation of the article’s disappearance and hasn’t heard back. She said she wasn’t involved in its removal.

But CANADALAND  heard back from Kory Teneycke. He said he doesn’t know why the story is no longer on the National Newswatch website, and he did not request its removal. In a phone call, CANADALAND asked whether there is truth to Erickson’s allegations. He said, “I’m not going to get into specifics other than to tell you that they’re false and they’re highly actionable.”

CANADALAND wondered whether Teneycke has spoken to National Newswatch about the article at all, perhaps to let them know he found it “actionable”. We asked him whether he had been in touch with them.

He avoided the question, instead saying, “It was not taken down at my request if that’s what you’re asking.”

You can still read the full story with Erickson’s allegations in this archived copy here.