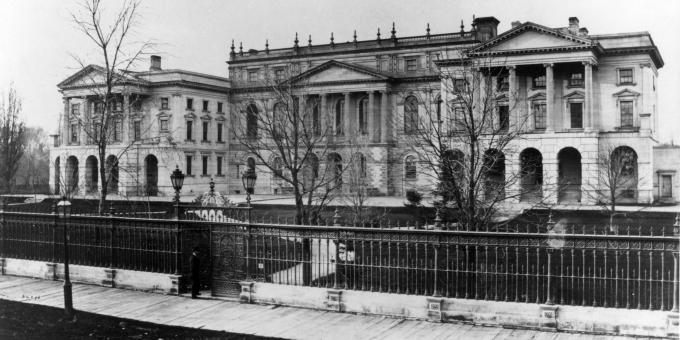 Why ‘I can’t comment, this matter is before the courts’ is often bullshit

Being a politician is tough these days. When you aren’t throwing shade at your opponents on Twitter, you’re forced to — ugh — answer questions about your job.

But there is good news for those sorry politicos caught up in the harsh glare of the public eye. When the questions get too tough, when you find yourself in a jam, you can just raise your arms, let out an exasperated wheeze and say, “You might very well think that, but I couldn’t possibly comment — that matter is before the courts!” Shazaam! Just like that you’re out of trouble.

This tactic seems to shut down any questions by being quite reasonable. I mean, the politician would love to talk about, say, the security screening process for airline employees at Pearson International Airport, but their hands are tied. There’s a lawsuit going on. Ah well, c’est la vie. Next question!

Now, not to be rude, Mr. Rhetorical Construction Politician Man, but I’m going to have to stop you right there, even if many journalists might not.

Last year, Lorne Sossin spoke with the CBC Radio 1 program The 180. Sossin is the Dean of Osgoode Hall Law School at York University, and he said journalists shouldn’t accept the excuse that the existence of a lawsuit precludes a public official from commenting.

So, I called him up this week and asked why politicians try and claim certain things are off limits to weasel their way out of answering questions, and why reporters don’t have to take their crap. It turns out that, in legal speak, politicians are invoking what’s called the “sub judice” principle.

Sossin thinks journalists don’t want to look like they’re undermining the law. “We’re over-litigious,” he says. “We’re very sensitive to litigation. We’re unduly risk-averse. All that, I think, is true, but the casualty is really basic transparency and accountability.”

The dean uses an extreme example to illustrate his point. When a class-action lawsuit is filed against the government, like in the wake of the mad cow disease outbreak, it’s unreasonable to expect the government to stay silent about its policies just because there is ongoing litigation. This is especially true with a case like mad cow, where litigation can drag on for years.

Consider another case. Last week, a Somali-Canadian woman from Toronto sued the government to get her security clearance reinstated. Ayaan Farah lost her job at U.S. Airways when her clearance was revoked by Transport Canada. Toronto police told Transport Canada that Farah may have connections to some men in her community who have criminal records, according to a Globe and Mail report.

In one instance, according to the Globe, her car was once borrowed by several men to go to a funeral. Farah wasn’t in the car at the time, but some of the men had criminal records. Her lawyer told the Globe the department is casting “too wide a net” when they’re looking at funerals as evidence to revoke security clearance. Farah filed a suit asking for her clearance to be restored.

For its part Transport Canada wouldn’t comment on the situation, because, you guessed it, a “spokeswoman said … the agency cannot comment as the matter is before the courts.”

This is where journalists need to do a better job of pushing back. There’s a clear public interest. There are plenty of questions the government should be able to answer about the program and explain how security clearances work. In this case, Sossin suggested questions of basic fact should be easily answered without trampling over the judiciary. Asking general questions, like how many people lose their clearance in a year, is fair game.

Where politicians can get themselves in real trouble is when they start making statements about which way they think a proceeding should turn out.

In 2012, during regulatory hearings on whether to approve the Northern Gateway pipeline, then-natural resources minister Joe Oliver called environmental activists testifying before the National Regulatory Board a bunch of hippy-dippy, no-good commies.

“These groups threaten to hijack our regulatory system to achieve their radical ideological agenda. They seek to exploit any loophole they can find, stacking public hearings with bodies to ensure that delays kill good projects,” Oliver said at the time.

This is a big no-no as far as Sossin is concerned. “The government has no business trying to engage in advocacy in the media as they did,” he says.

By explicitly saying the government thought a specific project was worthy of approval, Oliver was crossing the before-the-courts line so many of his colleagues claim to be on the opposite side of.

Politicians have shown they’re willing to push the line of what’s acceptable back and forth, depending on what suits them in the moment. If some balance is to be restored, journalists are going to have to do a better job of pushing back.

“No comment is only going to grow if we let it,” Sossin says.