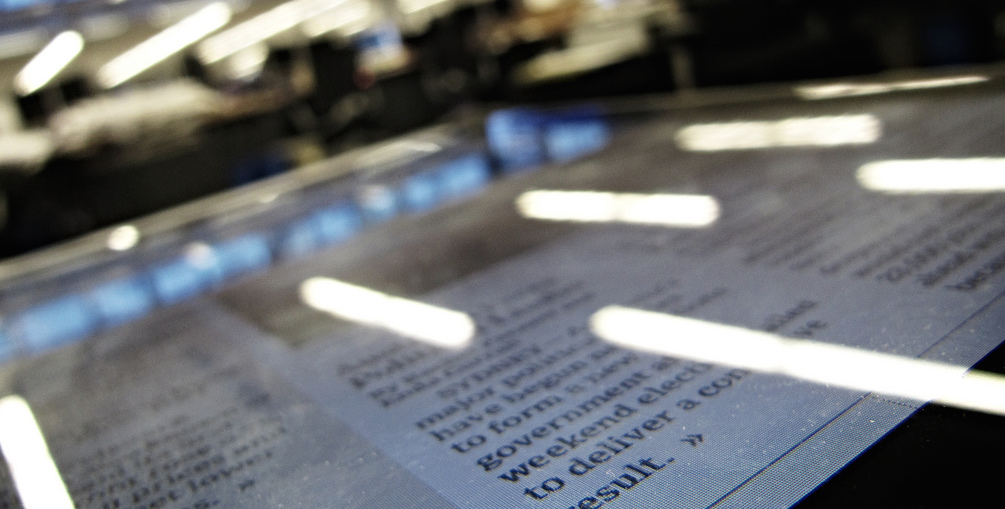 An article about Star Touch, the Toronto Star’s upcoming tablet edition, has been removed from Marketing Magazine within a day of being published.

A quick read of this cached copy offers no clear rationale. Despite the headline “IT’S TOUCH AND GO FOR THE TORONTO STAR,” the article is largely favourable. 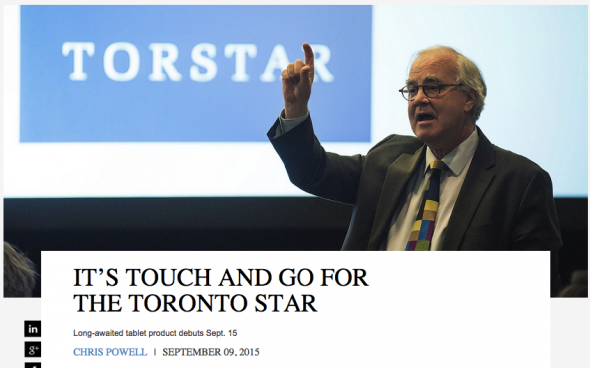 The details of the Star’s app have been kept under wraps, but it’s not a small venture. They have hired a team of about 70 people and, as media consultant Chris Boutet points out, it could be hard for the Star to break even.

It makes my heart ache to see news orgs spend tens of millions on tablet apps to make themselves more relevant to a younger audience.

The Star hired 70 people to work on its tablet app. Let’s say they make an average of $45K a year. That’s $3.15 million just on staffing.

Not including benefits etc. So let’s round up to a conservative $3.5 million.

The Star says it has 65 advertisers lined up for launch. You would need each of them to spend $54K on executions just to cover operations.

For $50-100K and up an advertiser is usually buying something more than an ad run. Custom content, interactive ad development and so on.

We’ve reached out to the author of the removed story and the editor-in-chief of Marketing Magazine and will update the story once they get back to us.

John Cruickshank, in the disappeared Marketing interview, didn’t say how much the investment cost except describing it as “very considerable.” The La Presse app Star Touch is modelled on cost a reported $40 million. According to Cruickshank the tablet edition will drastically influence reporting, and has already.

Sources at the Star tell CANADALAND that writers have been asked for months to adjust their stories for the tablet and trim videos down to a quarter of their size despite Star Touch not yet launching.

In the removed Marketing article, Cruickshank confirms that the entire organization is prioritizing the tablet as their primary medium for delivering content.

The strange disappearance of a benign, somewhat promotional Marketing Magazine feature is adding to an atmosphere of confusion, dread, and gallows humour surrounding Star Touch, that CANADALAND has been hearing whispers about for months.

How much money has the Star sunk into this? Is news readership via tablet actually a growing trend? Is the Star’s core product being compromised to serve a digital project envisioned by old dudes who don’t understand digital?

And, if Star Touch is a flop, is there a Plan B?

Have inside information about Star Touch? editor@canadalandshow.com