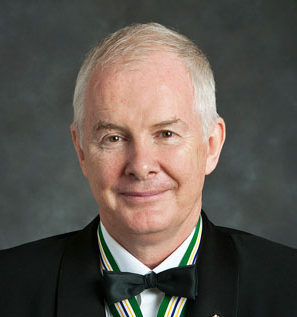 Decades after her alleged abuse by John Furlong, what Cathy Woodgate really wants is to heal. But to heal she first needs to be heard.

Wednesday evening the Assembly of First Nations heard her voice.

A resolution passed by the AFN seeks to pressure the federal government and the RCMP into launching a formal investigation into multiple abuse allegations made against the head of the Vancouver Olympics. Furlong has been accused of physically and verbally abusing dozens of students at the Immaculata School in Burns Lake, B.C. when he was a physical education teacher there in the late 60s.

The Assembly of First Nations is the country’s largest indigenous political advocacy group, and functions as the main lobby group for First Nations’ issues in the country.

“I’m a bit relieved,” says Woodgate of the resolution. “For a while I thought our voices would never be heard. There are many hurt victims that are suffering today that are never going to go through life the way they planned, including myself, because of this man, the way he put us down,” Woodgate said.

In 1969, she was in was in one of Furlong’s gym classes, where she says he physically abused her for not keeping up with the other students. “He hit me over and over. And I tried, and I cried and soon it just didn’t matter any more. And soon I learned to keep the tears from coming,” she said by phone. “Yet I was crying inside myself.”

Years later, Woodgate longed to tell him the damage he’d done to her self-esteem. “I thought if I could only confront him and say, ‘Look, you hit me because I was slow. And I had a reason to be slow.’ ” The reason she was slow, she would later find out, came with a diagnosis of muscular dystrophy.

While the passing of the AFN resolution may be a victory for Furlong’s accusers, it’s only the beginning. It directs the assembly “to urge the federal government and the RCMP to conduct, as expeditiously as possible, a thorough and impartial investigation into the allegations of abuse brought by Mr. Furlong’s former students,” according to a draft of the resolution provided to CANADALAND.

As part of the investigation, the resolution lays out that a meeting between the federal government, the AFN, and former students should take place, “to hear their concerns about the conduct of investigations and to discuss with them acceptable remedies.”

Before the vote, Lake Babine First Nation member and Burns Lake resident Emma Williams sent a letter to the AFN to set the stakes on what the resolution would mean for the community. “We feel like the invisible child seeing the violence that happened and hearing the hateful racial slurs and comments made to the children of Immaculata School that we have attended,” she wrote. “The scars that are left in our heart; we are still living this aftermath of the wounded people that turn to alcohol and drugs.

“Healing needs to be done. We are forgotten and invisible,” Williams said.

Meanwhile, Woodgate knows this isn’t the end of her battle, but she is optimistic. “I’m hoping it will lead somewhere, and I’m glad we’re finally being heard.”

It wasn’t that long ago that Furlong was able to claim a sort of victory, when he won a defamation lawsuit against him filed by journalist Laura Robinson. “What happened to me should not happen to anyone. I’m relieved this nightmare is over and that my family, friends — and others in difficulty — can see in a matter such as this it is possible to prevail and survive,” he said last year.

As the AFN resolution notes, the suit did not deal with the abuse allegations directly. It was concerned with statements Furlong made attacking Robinson and her work. The vast majority of the allegations against Furlong were never tested in court, and the sworn affidavits against Furlong signed by eight of his former students were explicitly barred from evidence during the defamation trial. None of his accusers gave testimony, or were present.

The AFN resolution says after inquiries from officials at the Lake Babine First Nation, the federal government’s only response was a letter from Carla Qualtrough, the minister of sport. “The government’s sole response…is that the Court decision is definitive of the matter,” the resolution reads.

Furlong’s profile is not what it once was, but he’s still quite active in public life. He was named this month to head up a special advisory committee as the city of Calgary considers an official bid for the 2026 Winter Olympics, according to a Calgary Herald report. The committee is put together by the Canadian Olympic Committee and will guide the city, should it decide to go ahead with a bid, though the process.

As well as his new Olympics duties, he gave a keynote address just last month at the Canadian Interuniversity Sport annual meeting. He’s the head of the advisory board of the government’s Own The Podium initiative, tasked with upping Canada’s medal count at the Olympics. Furlong is also the chairman of the Vancouver Whitecaps soccer club.

For Woodgate, the AFN resolution is the result of hard, persistent work. Because of her muscular dystrophy, she has difficulty typing letters, and getting to this point has required a lot of letter writing. She says, with the help of her community, she was able to describe how damaging her time at the school was.

“All our self-esteem is gone. He really put us down, he hurt us,” she says. “For me, that’s where my hurt started is with that school.”

But despite her lingering pain, Woodgate is ready for taking another step forward. “I’m hoping there will be healing after this. That’s what we need is healing, and healing has to start with us being heard.”