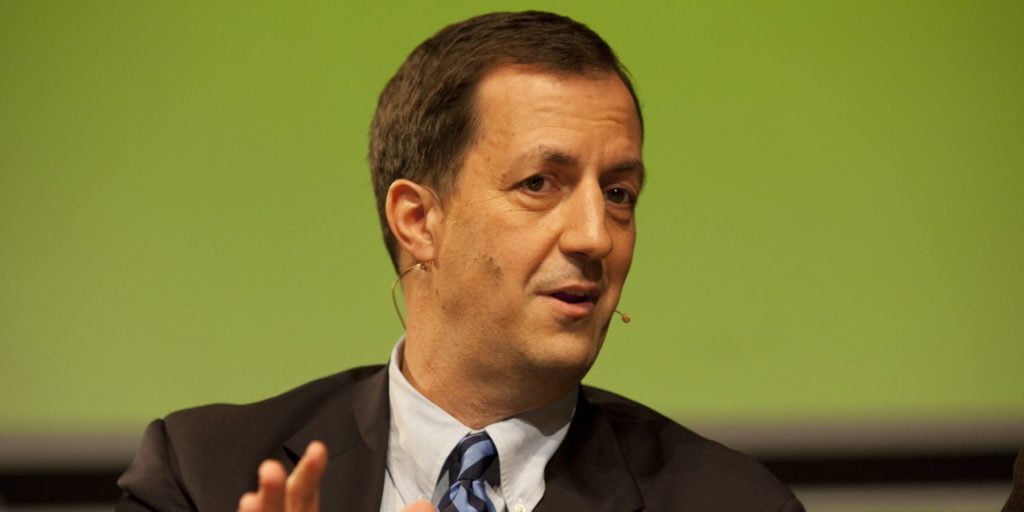 CANADALAND spoke to eight of Andrew Coyne's colleagues who provided context for his time as editor. Coyne himself declined to comment for this piece.
By Jesse Brown
Share

Andrew Coyne’s resignation from the National Post’s second-highest editorial job ended with newspaper management looking thuggish and incompetent while Coyne earned praise as a principled champion of “editorial freedom,” as he put it in his explanatory Twitter essay.

Andrew Coyne- Thanks for maintaining your principles in an increasingly controlled corporate media. As ever, much respect. @acoyne #elxn42

Andrew is a man of principle. I applaud him. https://t.co/TRewIieiQH

.@acoyne Few among us would be willing to make that choice. Principled resolve. Much admiration & respect.

As first reported by CANADALAND, the National Post‘s editorial board, which Coyne ran, endorsed Stephen Harper at management’s command. But in his other role as Postmedia columnist, Coyne wanted to go a different way with his own bylined endorsement (he since tweeted he voted NDP). Postmedia publisher Paul Godfrey balked, Coyne’s column was spiked, and he resigned as an editor, but not as a columnist.

Was Coyne’s trouble with the Post limited to this one incident? CANADALAND spoke to eight of his colleagues who provided context for his time as editor and for the consequences of his resignation. Coyne himself declined to comment for this piece.

According to one editor who has worked with Andrew Coyne at the National Post, Coyne was never well-suited to the workmanlike managerial demands of a section editor role at a resource-starved paper where practical decisions are constantly required. “He’s better off explaining what other people should be doing, in the perfect world of his newspaper column,” the editor said.

So why did Coyne take the job in the first place? The editor suggests Coyne may not have known what he was getting into:

“There are no fake editors at the Post, no sinecures. Everyone is actually working. Being a marquee columnist, [Coyne] didn’t know how much work there was, the video quotas, getting the section re-organized, writing the unsigned editorials – which he was a big fan of, for some reason. We didn’t have the resources to pay young talented writers enough to convince them to write from behind a paywall without their bylines [so Coyne wrote these editorials himself.]”

Two of Andrew Coyne’s other Postmedia colleagues told CANADALAND similar stories about Coyne as editor. One described him as frazzled and seemingly overwhelmed with the demands of the job. The other said Coyne was unwilling or unable to keep up with the constant meetings, email replies and logistical responsibilities involved. One colleague suggested he was unhappy with the job, and that his staff was unhappy with him.

A remark by National Post editor-in-chief Anne Marie Owens playfully nods to the idea that Coyne wasn’t cut out for office drudgery. In a staff email announcing Coyne’s resignation, which she later sent to CANADALAND, Owens joked that “we only ever barely managed to pull him away from his office at Terroni’s [a nearby restaurant].”

Andrew Coyne’s public explanation suggests that before last week, he didn’t know his role as Comment editor would ever limit his ability to express contrary opinions in the Post.

But his predecessor in that job, Walrus editor Jon Kay, told CANADALAND when he was the Post’s Comment editor he was aware of the occasional need to hold an opinion back. Kay wrote:

“When I was oped editor at the National Post, I had complete freedom to write what I wanted 99% of the time. But there were a few instances when I was working on a column, and a boss said to me, “Wouldn’t it be weird if the National Post editorial board said X, and the boss of the editorial board said negative-X?” Often, it involved hot-button issues, but sometimes it involved second-tier issues that happened to be close to the heart of one of the higher-ups. I usually just acquiesced. They were doing me the favour of paying me for a job that allowed me to write about (almost) anything I wanted. The least I could do was take the hint when they didn’t want me to make life uncomfortable for them. But I do realize that the informal understanding I am describing here is a form of self-censorship. And I can see why not everyone would go along with this.”

If Andrew Coyne had a different understanding than Kay with Postmedia, it was seemingly unique to him. CANADALAND asked National Post editor Matt Gurney whether Coyne had to play by the same rules as everyone else, or if he was somehow special.

“Coyne *is* special,” wrote Gurney via Twitter DM. “He’s arguably the most well-known columnist in Canada.”

He also may be the most well-paid. According to the editor who worked with him, Coyne, in the job he maintains, was tied with Christie Blatchford as the highest-paid columnist in the country.

Management’s real motivations may be harder to discern than Coyne’s. Publisher Paul Godfrey did not respond to CANADALAND’s request for comment, but told the Globe and Mail that “as far as we’re concerned, if you’re the editor, you support the editorial position of the newspaper.”

Unexplained in that response is why the Post would pay top-dollar for a professional opinion-haver like Coyne only to muzzle him from expressing his opinion. Why was it so important to Paul Godfrey to silence Coyne while forcing a Conservative endorsement on all papers in the chain, regardless of what Postmedia’s reporters, columnists, editors or readers thought?

CANADALAND put these questions to an editor, quoted earlier in this piece, who is closely familiar with the inner workings of Postmedia:

“I’m not sure who [if anyone] Godfrey was on the phone with in the Conservative party, but maybe there’s a simpler explanation. Godfrey has a bone-deep hatred of Kathleen Wynne because she fired him from the OLG [Ontario Lottery and Gaming Corp.] The guy just hates her, and now she’s campaigning for Justin Trudeau and is closely associated with him. And everyone knows how the boss thinks.”

As the editor tells CANADALAND, the Coyne incident illustrates much of what is wrong with Postmedia — an organization in dire financial circumstances whose managers seem determined to alienate readers.

By negotiating a middle path with management, Coyne may have localized the damage for Postmedia while burnishing his own brand.

“I mean, read his tweets,” says the editor who worked with Coyne. “He did a great job of turning this into a non-story.”