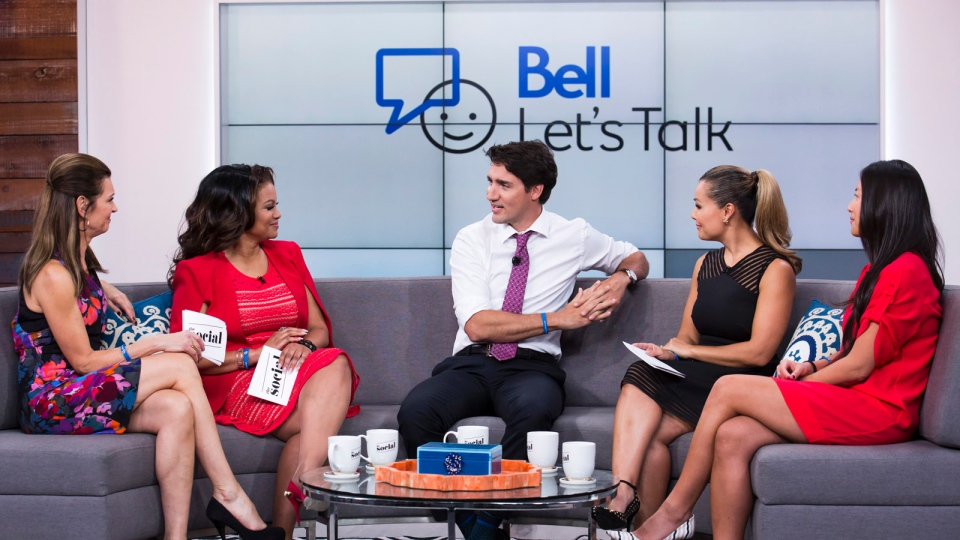 Are the Liberals About to Give Bell a Monopoly on Internet Access?

Last July, the CRTC said Bell couldn’t have a monopoly on its new fibreoptic infrastructure. It would have to sell access to other providers to encourage competition. Bell was given 90 days after the July 22 ruling to appeal the decision. They filed the appeal on the last possible day — Oct. 20, the day after Justin Trudeau’s Liberals were swept into power.
By Robert Hiltz
Share

Canada finally has gigabit internet infrastucture to (some) homes through Bell, and Bell wants to make sure no other provider can use it.

Last July the CRTC said Bell couldn’t have a monopoly on its new fibreoptic infrastructure. It would have to sell access to other providers to encourage competition. Bell was given 90 days after the July 22 ruling to appeal the decision. They filed the appeal on the last possible day — Oct. 20, the day after Justin Trudeau’s Liberals were swept into power.

Since then, Bell’s lobbyists have been bending the government’s ear by meeting with high-level officials in the department of Innovation, Science and Economic Development (ISED), according to lobbying records. (Records of candidates being lobbied are not kept during an election period, so there’s no way to know whether any lobbying took place during the campaign.) Bell has also lobbied local governments to help turn the tide on city council votes. Small providers, meanwhile, aren’t getting the same level of access to the government.

In the appeal, Bell threatened that if the CRTC’s decision is upheld, the new infrastructure would be delayed or stopped altogether. But small providers and an internet advocacy group said a reversal of the CRTC decision would be disastrous for business.

Since filing their appeal, Bell has lobbied the government at least six times, according to the federal lobbying registry.

The company has spoken — in person or over the phone, the registry doesn’t specify — with high-level officials at ISED. This includes meetings with the minister himself, Navdeep Bains, under whose purview telecom falls under. Bell also reported lobbying Amirjeet Sohi, the minister infrastructure and communities and prime ministerial policy advisor Justin To.

“Even under the Conservatives — and we were on the outs with them on any number of issues — we never found it this difficult to simply set up a meeting with the government,” OpenMedia spokesman David Christopher said.

They’d been trying since Dec. 10, with little luck. He said when they were finally able to get a meeting, it was with someone who wasn’t normally assigned to the telecom file, and had no decision-making power. Meanwhile, over the same period, Bell had two meetings in late November, two in December and another in January of this year.

“The Liberals have said really next to nothing, other than ‘there’s a process in place for these kinds of appeals that Bains is adhering to,’” Christopher said. “But, Bains is meeting with only one side to this whole discussion, and blocking out this other side, which is worrying.”

Bains isn’t only meeting with Bell. Since the election, he has met with six other companies on “telecommunications” matters, according to federal lobbying records. Two are SaskTel and Quebecor, who have made pro-Bell submissions. The other four — Shaw, Rogers, Manitoba Telecom, and Xplornet — did not make submissions at all in the appeal.

Stéfanie Power, a spokeswoman for ISED said there was a process set up to receive input from the public. Power wouldn’t comment directly on Bell’s lobbying efforts, only saying the government followed a public consultation process allowing for public submissions. She said all submissions would be considered before a decision is made.

Christopher thinks Bell’s decision to appeal directly to the leadership is an effort to get around a decision by the more technocratic CRTC. “Bell, by invoking this pretty obscure mechanism, the petition of concern to the governor in council, they’re basically trying to do an end run around the CRTC and around this decision.”

Bell’s strained relationship with the CRTC was clearly documented last year by the Globe and Mail. After a CRTC decision to unbundle cable packages, Bell Media president Kevin Crull tried to influence editorial coverage by banning CRTC chairman Jean-Pierre Blais from the air. Crull was fired after the Globe’s report.

The debate is also playing out in city halls. More than a dozen mayors submitted comments in the appeal process, including Toronto’s John Tory and Ottawa’s Jim Watson, all of them supporting Bell’s position. In their submissions, the mayors said they are worried upholding the CRTC’s ruling would hurt their local economies. It’s a theme hit by Bell again and again.

The mayoral endorsements spurred two separate city council votes, one in Toronto and one in Ottawa. The motions were put forward by councillors looking to counter their mayors’ positions. On Feb. 4, Toronto city council voted 28-5 in opposition of Tory’s support.

After the Toronto vote, Bell lobbyists blitzed through Ottawa’s city council. The registry says Bell lobbied 16 members of council from Feb. 18 to 24. (By comparison, in the month leading up to the Toronto vote, only Mayor Tory was lobbied.) When the motion came to a vote on Feb. 24 in Ottawa, 16 councillors and the mayor voted to support Bell’s appeal, with six opposed. Of the 16 councillors lobbied by Bell, three voted against the motion.

Our interim national director, @cltopp, brings us together to work every day to #EndtheStigma #BellLetsTalk pic.twitter.com/yYlb9gkDOj

The high involvement of the new cabinet with Bell is rasing eyebrows among small providers and internet access advocates. Members of the federal cabinet, including the prime minister, also supported Bell Let’s Talk, on social media. Defence Minister Harjit Sajjan, Foreign Minister Stéphane Dion, International Trade Minister Chrystia Freeland, Finance Minister Bill Morneau, and Minister of Innovation, Science and Economic Development Navdeep Bains — under whom the telecom file primarily falls — and others all tweeted their support. The Liberal Party also ran a series of images of the prime minister and his wife, Sophie Grégorie Trudeau which included Liberal branding alongside Bell’s.

@JustinTrudeau, a sincere thank you Prime Minister for your support! #BellLetsTalk

Despite the hard lobbying, it’s difficult to predict the appeal’s outcome. In the mandate letter to Bains, Prime Minister Trudeau outlined what he expected to see from the minister.

This particular section is of interest:

“Increase high-speed broadband coverage and work to support competition, choice and availability of services, and foster a strong investment environment for telecommunications services to keep Canada at the leading edge of the digital economy.”

The “support competition, choice and availability of services” line could mean the government is interested in keeping fibre open to third parties. But, the next clause, that Bains should “foster a strong investment environment for telecommunications services,” dovetails with Bell’s argument that to open up its network fully would hamper it from pouring further dollars into the enterprise.

When asked, department spokeswoman Power wouldn’t reveal which interpretation of the letter was correct. Instead, she essentially repeated the line, saying telecommunications were very important and the government would support competition while fostering a strong investment environment.

The deadline for the cabinet to make a decision is July 22.

Clarification: An earlier version of the piece said lobbying records are not kept during the campaign. They are. However, lobbying records of candidates are not, so there’s still no way to know whether Liberal candidates were lobbied by Bell during the election. Also, the Toronto City Council held their vote on the matter on Feb. 4, not Feb. 6 as previously stated.