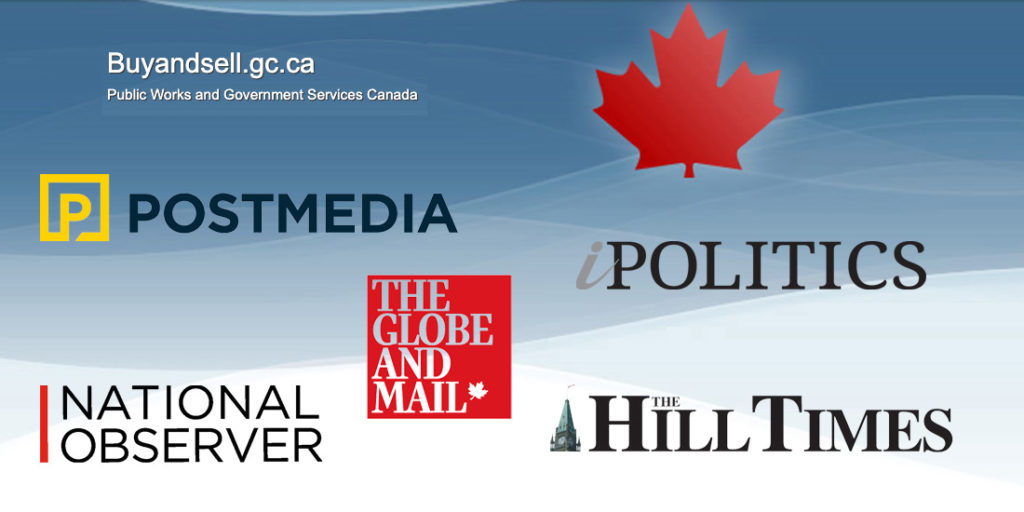 Even with the news bailout still on the horizon, millions of dollars are already going out the doors of the federal government and landing in the hands of news publishers. With the media struggling to stay afloat, recent contracts could effectively act as a lifeline to a foundering industry.

When these contracts were initially reported by Blacklock’s Reporter last month, they were seen by some as though they might be a kind of pre-bailout by the government, appearing to represent new or significantly increased payments to news organizations.

Instead, however, they seem to be the latest iteration of longstanding contracts the government has with select news outlets for access to those publishers’ content — a bulk-subscription buying program that has been in place for several years. Worth millions of dollars over several years to large companies like Postmedia and The Globe and Mail (and hundreds of thousands of dollars to smaller ones), the federal government’s Copyright Media Clearance Program gives the government access to the content of eight different news providers, also including Rogers publications, The Hill Times, iPolitics, and National Observer.

A spokesperson for Public Services and Procurement Canada (PSPC) says the contracts allow for “copyright-compliant government-wide access to electronic media sources that departments use.”

For example, the latest contract given to Postmedia is for $6,273,418, including HST, and covers two years.

Postmedia spokesperson Phyllise Gelfand says the company has participated in the program — which gives various departments access to Postmedia content — for some time.

Explaining the increased cost of the latest contract, PSPC spokesperson Marc-André Charbonneau says, “This contract provides access to additional services not provided in the previous contract, as well as options to extend.”

Some of the confusion about an apparently sharp increase in the value of these contracts seems to have stemmed from how the proactive-disclosure database on Canada’s Open Government website is set up. It’s not a complete picture of all contracts, and in at least one case includes the same contract twice. At the same time, the previous Postmedia contracts are not in the Open Government database, though they are available on the Buyandsell.gc.ca database operated elsewhere in the labyrinth of government websites.

Observer Media Group, which publishes National Observer, has a contract with the government to give it access to content both in front of and behind its paywall. On the proactive-disclosure website, there is an entry for a 2017 contract worth over $130,000, as well as an entry for another the following year with a value of nearly $240,000, making it seem like the Observer was receiving more than $180,000 per year. In fact, that second contract represented a one-year extension to the first, with the sum covering the full duration.

Editor Mike De Souza says the subscriptions go toward the company’s operating expenses. “Under the terms that we agreed to, they get access to all of our exclusive content — including material that’s behind the paywall — for a fraction of the full cost they would pay if they were getting individual subscriptions for every public servant who is reading our content,” De Souza says.

When first reported, the contracts gave the impression to denizens of media Twitter that something was afoot.

A Toronto Sun columnist and editor tweeted the Blacklock’s story with a plaintive “Sigh”:

One CBC parliamentary bureau reporter went with a more straightforward “!!!!”:

Blacklock’s, which first reported on these contracts, is in the process of suing the federal government over what it says are violations of its copyright, after its stories were shared inside federal departments with people who did not have subscriptions. That case is ongoing.

Blacklock’s trumpets that it “neither solicits nor accepts [government] subsidies.”

The full list of media outlets receiving contracts as part of the Copyright Media Clearance Program, according to the government: