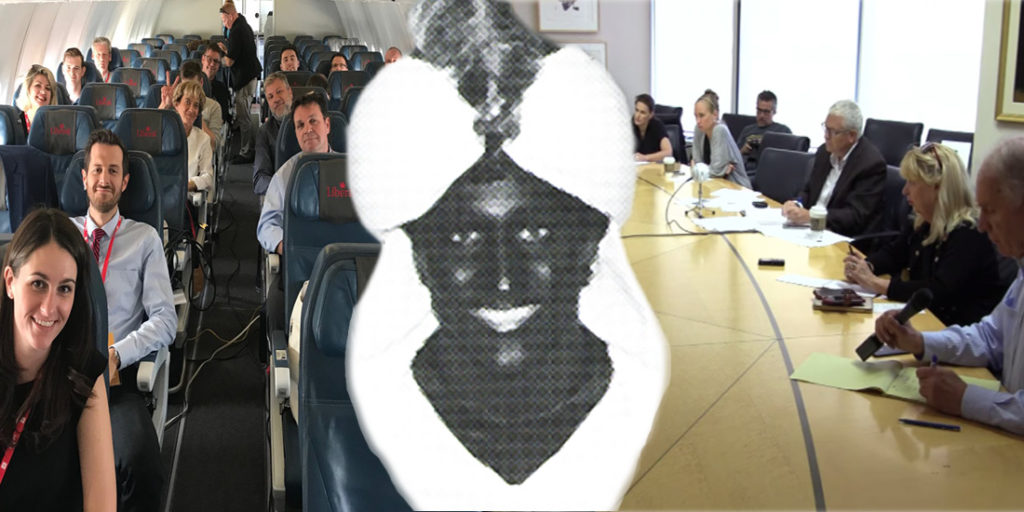 Canadian Media Should Recognize Itself In Trudeau’s Racism

By now, you’ll have seen the many pictures of Prime Minister Justin Trudeau wearing dark brown and black makeup in a variety of settings, including at an “Arabian Nights” themed party at which he also wore a turban.

But you may not have seen that the very first reports of Trudeau’s behaviour came just a day after CTV News ran a story questioning whether NDP leader Jagmeet Singh could become prime minister given that he wears a turban. Without meaningfully scrutinizing racism in Canada, the outlet provided a platform for people with discriminatory views on that matter, even quoting a person who said Singh would be more “normal” if he took his turban off.

While Canadian outlets have published a number of columns that expressly disapprove of Trudeau’s racist costume, those valuable contributions have become lost in an overwhelmingly white media industry that has demonstrated time and again that it is not only unequipped to talk about racism, but is also perpetuating it.

A reminder of who will @JustinTrudeau will be addressing in his brownface presser tonight #elxn43 #cdnpoli pic.twitter.com/U26sFFUxiC

The difference between how Canadian media has been talking about Trudeau compared to how it has spoken about Singh is striking.

In a story about the “Arabian Nights” party, The Globe and Mail highlighted the collective opinions of those who didn’t see any injury in Trudeau’s racist costume, writing that “Despite the controversy, some party guests remember a good time with no harm done.” They went on to quote a white man who attended the party, who said of the blackface, “I didn’t take any personal offence, I didn’t think there was anything racial about it.” A Canadian Press story offered a sensational account of reactions on the campaign’s media bus to the news of the photo breaking, rather than a discussion of the impact of Trudeau’s racism.

Blackface has its roots at least as far back as the mid-19th century. Minstrel shows, in which white people did blackface, were always performed with the intent to mock Black people, and the act of blackface cannot be removed from this purposeful derision meant to reinforce white supremacy. The act of wearing race as a costume reduces the complex histories and varied experiences of racialized people in Canada to two-dimensional stereotypes that flatten our identities and mark us as the “other,” the second-class citizens of this country. Those who choose to wear blackface or other racialized identities as costumes must reckon with the fact that the act can never be innocent. Even if it was not their intention to be racist, these acts help perpetuate systemic racism by bolstering whiteness as normal and Black people, Indigenous people, and people of colour as deviant.

Trudeau, who was 29 years old when he attended that “Arabian Nights” party, is still being afforded an argument of innocent ignorance, speaking volumes to his position of power as the most privileged of all privileged white men in Canadian society. For years, he got to play dress-up as a racialized person without considering the consequences of those decisions and likely never thinking about his own race. His position of social safety and privilege as a white man has scripted his whiteness as “default.”

Singh, on the other hand, has often been forced to defend his attendance at events also attended by Sikh “extremists.”

“NDP Leader Jagmeet Singh is unapologetic for attending rallies featuring Sikh extremists who extolled political violence to create a homeland separate from India,” began a fiery 2018 Globe and Mail article awash with discussions of violent acts committed by Sikhs, accompanied by an incomplete attempt at understanding Singh’s complicated feelings about Sikh separatism. By requiring Singh prove that he is “one of the good ones,” some journalists have essentialized a notion that brown people in Canada are threatening until confirmed otherwise.

In conjunction with daily interactions with racialization and racism, media representations and narratives directly impact how people of colour perceive their racial identities. For example, a 1999 study published in the Canadian Journal of Communication found that negative media portrayals of Black athletes led to low self-esteem in Black youth, as well as constant self-patrolling of behaviour to avoid racist conflict. It discussed how these negative portrayals taught harmful stereotypes of Blackness to white people and reinforced whiteness as “normal.”

Earlier this month, the Vancouver Sun published an article decrying ethnic diversity, calling immigrants who refused to assimilate into Canadian culture “arrogant.” Last week, the Globe published an op-ed by Rebel Media head Ezra Levant, whose company has given platforms to white supremacists and who is currently facing a criminal complaint over his and The Rebel’s staunch Islamophobia; the op-ed was reported to have been directly commissioned by the newspaper’s editor-in-chief.

While racialized journalists reignited a vital discussion about the whiteness of Canadian media following the news of Trudeau in offensive makeup, the leadership in the industry is largely white, so just a few days later, it was back to business as usual. This Tuesday, Maxime Bernier, the leader of the far-right, anti-immigration People’s Party of Canada, sat down for a meeting with the Toronto Star’s editorial board, and all of the writers and editors in attendance were white. Columnist Shree Paradkar later explained that many of the paper’s journalists of colour felt “let down” by their employer’s invitation to Bernier and “decided not to participate in any capacity.”

Imagine being a person of colour working at the star and seeing this? https://t.co/2SJVYoBooP

How can people of colour trust Canadian media to unpack the Trudeau story and talk about the impact of his racist acts, if Canadian media has so frequently shown itself unable, and unwilling, to represent racialized Canadians?

If the media had vetted Trudeau even half as much as they did Singh, I’d like to think we’d have seen those pictures of him a long time ago. However, as a white man, Trudeau represents an idea of a trustworthy national citizen and leader, no matter how much he shows us to the contrary.

Thinking beyond asking people of colour to speak up or write guest columns when the occasion calls for it, Canadian media itself needs to undergo a fundamental change. We must let racialized people take on leadership positions in Canadian media and have our voices represented, so we can speak from knowledge to our experiences, to situations like this that affect us directly, and to the systems in place that allow conduct such as Trudeau’s to occur and then stay buried.

A largely white industry cannot discuss racialized identities and experiences in all their complexity, let alone take real accountability for the role that media still plays in encouraging racist actions like Trudeau’s.

Shailee Koranne is a writer and communications student based in Toronto. You can follow her on Twitter @ShaileeKoranne.