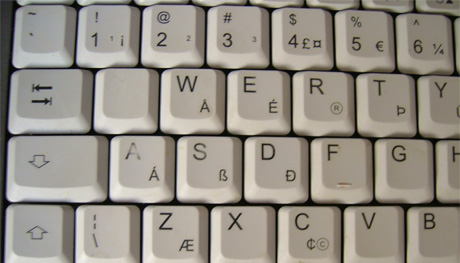 When a young woman first told me that she had been brutally abused by Jian Ghomeshi, I checked the Q archives.
By Jesse Brown
Share

When a young woman first told me that she had been brutally abused by Jian Ghomeshi, I checked the Q archives.

I used them to make sure that Ghomeshi was where she said he was, when she said he was. I checked guest-host appearances to make sure his vacation times aligned with what she had told me. Any discrepancies could have quickly unravelled her account. There weren’t any.

When Kevin Donovan later joined me in investigating Ghomeshi, Q’s archives continued to be a vital resource for both of us. For example, we could check his Friday broadcasts, when Ghomeshi would thank his staff by name to figure out who worked on the show and when.

And the archives are still being used by journalists. There have now been 23 reported allegations of harassment or assault, and new ones come in every week. Each must be verified and substantiated as credible before they can be published. Anne Kingston’s recent Maclean’s story reveals how Ghomeshi avoided covering misogyny and sexual abuse once he knew he was being accused of the same. The Star relied on Q’s archives to document how Ghomeshi used Q to promote musicians represented by his own agent, and how Q took a $5000 payment from a record label in exchange for coverage.

The revelations keep coming, and there are dozens of untold stories within those archives. Journalists need them.

Academics might need them too. Can psychologists gain some insight into narcissistic personality disorder by listening to Ghomeshi’s interviews? What can be gleaned about mass psychology, about the dangers of celebrity and charisma, about gender and about media from those archives? What can we learn from the way Ghomeshi lied to an entire country about who he was, almost every weekday, for three hours a day, for seven years?

Ghomeshi’s body of work is a stunning document of deception.

Scrubbing the archives also hurts many Canadian artists. When Ghomeshi wasn’t interviewing established showbiz stars, he sometimes featured up and coming Canadian writers, musicians and artists. Though the promotional value of these appearances might be compromised by Ghomeshi’s presence, they are still of value to any creator who needs to communicate to venues, labels, agents or publishers that they are a proven entity, capable of earning mainstream attention. This is why the show exists: to promote and feature Canadian art and culture. Why should our artists pay for Ghomeshi’s sins?

Finally, what about the public? We funded every episode of Q, record label kickbacks notwithstanding. You don’t have to like the show to be outraged that it’s being disappeared.

CBC management’s position is that leaving these shows online will compromise Q’s ability to rebrand. Cindy Witten, senior director of CBC Radio Talk, defends the removal by declaring that “we’re focusing on the future.” CBC Head of Public Affairs Chuck Thompson says that “we want to give the program every opportunity to be as unencumbered as possible while some very creative people reimagine Q’s future.”

Of course, Chuck Thompson is implicated in the Ghomeshi scandal. He knew about the allegations and didn’t call the cops. He helped Ghomeshi’s people prepare a damage control strategy, and he misrepresented the fact that Ghomeshi had been fired. He may be more concerned about obscuring his own past than in protecting Q’s future.

Or perhaps someone else at the CBC is pushing this disastrous initiative. Remember, no CBC manager has taken any responsibility for the scandal, and not one executive has resigned or been fired. I can’t help but wonder if there’s something in Q’s archives that journalists haven’t discovered yet, something that might further discredit or implicate someone powerful.

Why else are they in such a hurry to erase their own history?