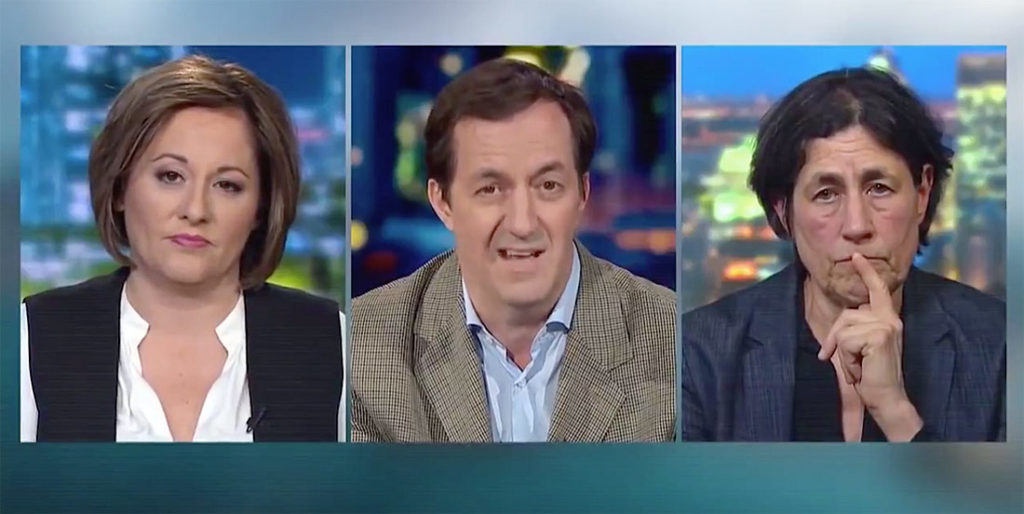 The CBC Has Damaged Rosemary Barton’s Brand, And Its Own

"A total lack of political savvy, another boneheaded move,” says one CBC journalist of the broadcaster's suit against the Conservatives
Opinion By Jesse Brown
Share

There are only two possible scenarios for Rosemary Barton, and neither is good.

Either she knew that the CBC was going to sue the Conservative Party of Canada in her name and she let it happen, or she didn’t.

If she knew about it, that’s bad. She is, after all, the lead CBC journalist covering a federal election that’s mere days away. Three days before the copyright-infringement suit was filed on October 10, she was a moderator of the official English-language leaders’ debate, where impartiality was the essence of the job. To consciously make herself an adversary of the Conservative Party would be staggeringly stupid. It matters little in this scenario if she were an eager participant or just along for the ride, under pressure from management. It strains credulity to imagine that Barton was somehow forced by her employer to personally sue the Conservatives — and if push came to shove, she could always have resigned. To not refuse is to agree, and to agree is to demonstrate a shocking lack of journalistic judgment by entering into a conflict of interest that would seem to compromise her ability to continue to cover federal politics in Canada, perhaps permanently.

But maybe she didn’t know about it.

The CBC has since suggested as much, once shifted into damage-control mode. With the lawsuit blowing up in their faces (actually, mostly Barton’s), CBC News editor-in-chief and general manager Jennifer McGuire co-wrote a statement with her French-language counterpart, saying that the CBC, not Barton, added her name to the lawsuit and was the “driver” of the process. The CBC will move to take Barton’s name off the suit when the court reopens on Tuesday, along with that of John Paul Tasker, another CBC reporter listed as a plaintiff. Former anchor Peter Mansbridge spoke up on Twitter to say that Barton “had nothing to do with” the “ridiculous situation,” which was “engineered” by CBC lawyers. No one has conclusively said that Barton was unaware of what was done in her name, but let’s be generous and suppose that Barton truly was kept in the dark about the whole thing, and learned of it when the rest of us did.

A ridiculous situation at the CBC this weekend. @rosiebarton being targeted by trolls for something she had nothing to do with while CBC lawyers who engineered this mess enjoy their weekend. Ignore the noise Rosie and focus on the job you do so well.

But if she didn’t know about it, that’s worse.

Adding someone’s name as a plaintiff to a lawsuit without their knowledge and consent would appear to be a serious ethical breach on the part of the CBC and their lawyers. If Barton were to lose the suit (and there’s a very strong chance she would have), she could have personally shared financial liability for the Conservative Party’s legal costs. But that’s only a fraction of the damage the CBC did to her in this scenario: by adding her to their lawsuit without her awareness, they forced her into an adversarial position against a political party she is professionally obligated to maintain neutrality towards, placing her in an untenable conflict of interest without her even knowing.

If that’s what happened, Barton could pursue recourse, but only by turning against her own employer. She could file a grievance against the CBC through her union, the Canadian Media Guild, or theoretically even a complaint against the CBC’s lawyers with the Law Society of Ontario.

Perhaps she could even find a way to pursue justice outside of her union and sue the CBC directly. But that would be a public battle. It would be damn hard to keep going to work at The National every day. Barton would have to resign in such circumstances, because otherwise she simultaneously would be arguing that the CBC seriously damaged her credibility and reputation as a journalist, while continuing to report on air for them.

The only way to avoid those questions is to avoid the truth. And that’s where we are now. We may never know which of the above scenarios actually happened. I’ve asked Barton, and she said she won’t be speaking about this. Tasker is also not talking.

By leaving the answer unknown, the plan, apparently, is to muddle through. The CBC has taken as much responsibility for this fiasco as they are able to without fully implicating either themselves or Barton. My questions to the Canadian Media Guild have also gone unanswered.

It’s an unfortunate position for journalists to find themselves in: their jobs are safest if the truth goes unreported.

This strategy might work well enough for all parties involved to shuffle on, but it does little to mitigate the damage done.

As I write this, the hashtag #RosieMustGo is only now dying down nationwide. Her brand has been damaged, and her ability to do her job is perceived to be compromised.

At the best of times, CBC journalists must endure daily smears and suspicion from conservative Canadians who take it as a given that the CBC is a taxpayer-funded propaganda machine for the Liberal Party of Canada, and that its reporters are fawning, subservient #JustinJournos.

Try explaining that this was not a partisan attack from Rosemary Barton against the Conservatives, but an epic fail by CBC management in their ongoing posture of maximalist copyright protection, a bizarre campaign that in this case actually took precedence over their primary responsibility to provide trusted news coverage. Once again, the truth becomes an obstacle for journalists.

According to one CBC journalist who contacted Canadaland and provided comments under condition of anonymity, Barton is not the only reporter whose ability to do their job has been damaged.

“How could they do this during an election?” the staffer asked of the lawsuit. “It’s just staggering, crushing. Everyone’s talking about it. We’re flabbergasted.”

“Scheer just said he wants to cut our budget. Now they’ve given him justification for that. It’s a total lack of political savvy, another boneheaded move,” they added.

Jesse Brown is the publisher of Canadaland and host of its flagship podcast.

Top image from the four-second clip of an At Issue panel that appeared in a Conservative campaign ad. Barton, at left, doesn’t speak in the clip.