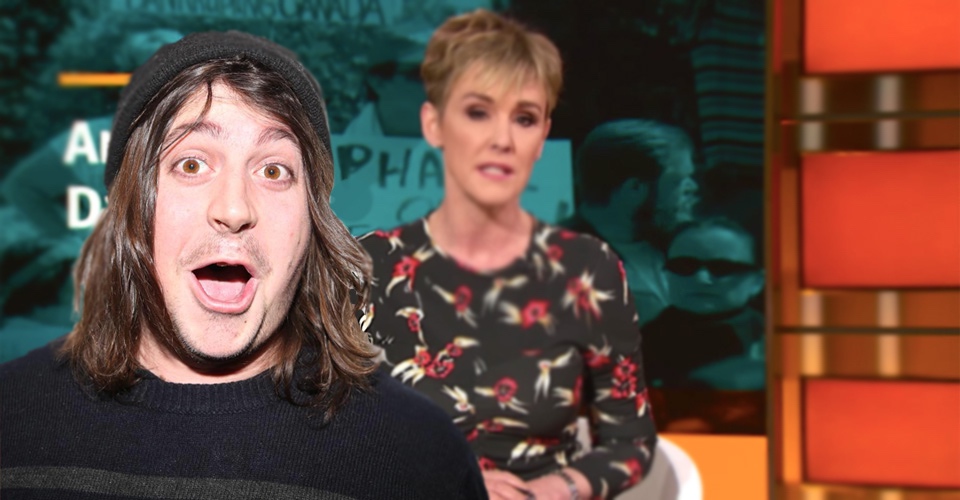 “In our bureau, we tend to shake our heads and chuckle at how often CBC uses the ‘CBC has learned’ on other news organizations’ scoops," says Robert Fife, The Globe's Ottawa chief
Article By Graeme Gordon
Share

On Sunday, April 29, CBC’s The Weekly with Wendy Mesley opened with a report concerning an American far-right paramilitary group that had expanded north of the border. “An investigation done by The Weekly can reveal that the Three Percenters have come to Canada,” Mesley declared at the show’s outset.

Not mentioned however, was that Vice Canada journalist Mack Lamoureux had already conducted an eight-month investigation into the same group, which culminated in an exhaustive exposé published last June. The Weekly rehashed much of the same information originally reported by Lamoureux. No significant new details were provided, yet the segment did not credit the Vice reporter or his work.

CBC can reveal it is way behind on reading this excellent story by @MackLamoureux that actually broke the news last year. https://t.co/gnkF1LvJgH https://t.co/POAehpkYb5

But the public broadcaster’s repackaging of Lamoureux’s exclusive was far from the first time it had been accused of re-reporting another outlet’s scoop without credit. CANADALAND, through online searches and interviews with journalists at other outlets, has found that the CBC often appears to go out of its way to avoid crediting others’ scoops — by independently verifying information from another outlet, the CBC frequently sidesteps acknowledgement of the original source.

“They do it all the time. Just last week, [Globe and Mail reporter] Sean Silcoff had an exclusive on new IP policy two days ahead of the announcement,” Robert Fife, The Globe’s Ottawa bureau chief, said in a recent email. “The following day, it was ‘CBC has learned’ that same story that was published on the front page of Report on Business.

“In our bureau, we tend to shake our heads and chuckle at how often CBC uses the ‘CBC has learned’ on other news organizations’ scoops, which I assume is to impress management, because most Canadians wouldn’t care less.”

how many times does the CBC have to get called out for ripping off other outlets before they learn to link out? https://t.co/2DlPWDv17k

"CBC News has learned" jfc y'all are shameless https://t.co/XXjRBdLVJD

Hey @CBC we break a story and you don't give us credit. Shame.

Anchor @tommurphycbc on the 6:00 news tonight, with a straight face:
"A CBC investigation uncovered the story of a mistaken cremation and a viewing that went terribly wrong"
The Mother Corpse continues to take credit for a Frank exclusive. You're cool with this, Nancy Waugh?

Shortly after The Weekly episode aired, Vice Canada editor-in-chief Josh Visser called out the CBC for its “CBC can reveal” packaging of the Three Percenters story:

1. There’s virtually no new information in this report that wasn’t first reported by @MackLamoureux last year. Why package it as ‘CBC can reveal’ or an investigation.

Mesley responded by tweeting that Lamoureux “did an amazing job on this story last year.”

Three days after the show aired, and after receiving more complaints, Mesley defended the editorial decisions of her program by saying there were “exclusive new details” in the report and that they had credited a Vice documentary on the American faction of the paramilitary group:

Vice has done good work on this story and we are proud to have been able to advance the story with original journalism revealing exclusive new details. We'll keep focused on this important topic moving forward.

(The new details appeared to involve stating the occupations of some of the group’s members, as well as showing some new Facebook pictures and comments in the same vein as the ones in Lamoureux’s story.)

“Simply stated, our practice is to give credit to any news organization that has broken a story where it exists nowhere else in the public domain or where we have not sourced it ourselves,” CBC head of public affairs Chuck Thompson says in an email.

Thompson did not explain if the policy is provided to CBC employees in a guidebook or is an unwritten rule. CANADALAND could not find any formal policy for crediting others’ work in the CBC’s Journalistic Standards and Practices, which states that “in our information gathering and reporting, we treat individuals and organizations with openness and respect.”

Lamoureux and Visser declined to comment for this story.

The Canadian Association of Journalists’ Ethics Guidelines state, “There is no copyright on news or ideas once a story is in the public domain, but if we can’t match the story, we credit the originating source,” and “If we borrow material from another source we are careful to credit the original source.” The Associated Press’ News Values and Principles reads, “When the material is exclusive, controversial, or sensitive, we always credit.”

“The CBC sold the funeral body-switcheroo story in [Berwick] as their own, despite the fact that Frank went big with it two weeks before their story came out,” says Andrew Douglas, editor of Halifax’s Frank Magazine, referring to a story from this past January about a Nova Scotia funeral home mistakenly cremating the wrong body. He also provided CANADALAND with a letter of complaint to the CBC ombudsman that was sent on January 22 and has gone unanswered.

Back in 2016, the Globe’s Fife reported a scoop that former Prime Minister Stephen Harper was imminently retiring from federal politics. CBC did its own follow-up report hours later, not crediting Fife.

"Hey, it's the CBC calling to confirm what Fife reported hours ago? It's true?"

CBC received enough backlash for omitting credit to Fife that then-freelance journalist Dylan Robertson wrote a piece for J-Source in which he surveyed Canada’s English-language newsrooms on their approaches. The results showed that “many media outlets across Canada lack a clear policy on when to credit a competitor’s scoop.” Two of the exceptions were BuzzFeed Canada and Vice Canada.

Not true! We always credit for original reporting, especially Mothercorp. Lots of other reporters do it.

We also always credit the CBC, and link to the web story!

Several journalists contacted for this story were reluctant to go on the record criticizing the CBC, and the BBC declined to share its own policy with CANADALAND for comparison purposes.

“Rather than revisit the details, may I just say I’ve noted many occasions when large media and small have neglected to credit The Tyee for stories we’ve broken,” says its founding editor, David Beers. “The journalism community as a whole, including The Tyee, would gain in the long run by naming each others’ contributions more rigorously, as this would educate audiences to how the news media ecology really functions, and the little fish can’t replace the big ones but do play important roles.”

“I think all news organizations — and many individual journalists — are prone to pettiness when it comes to acknowledging the originator of an important story, or even just a good one,” says Carleton journalism professor and former Ottawa Citizen reporter Randy Boswell. “It is easy to be slippery and to not credit a competitor’s scoop by seizing upon some incremental advance on the original news break and casting that next story as your own ‘exclusive’ discovery — and thus ignoring the initial work of the journalists who made your secondary achievement possible.”

“All serious news organizations — i.e., the ones most likely to break stories, whether a legacy operation or a digital native — should at least initially credit the good work of their professional peers as a show of solidarity that will be (or at least should be) reciprocated when the next big scoop comes along,” he says. “It’s one small way for the keepers of the flame of high-level journalism — almost all of which are facing survival challenges — to collectively acknowledge and mutually support those reporters and newsrooms that continue to commit resources to the serious investigating, watchdogging, and storytelling that yield exclusive news in the first place.”

CBC’s Thompson declined to explain why the public broadcaster, which receives annual federal subsidies of approximately $1.2 billion, would feel a need to go out of its way to not credit others’ work.

In the past, private news outlets have voiced concerns about the CBC’s dominance and aggressiveness in competing against them. In a late 2016 meeting of the House of Commons’ Standing Committee on Canadian Heritage looking at the future of news media in Canada, iPolitics owner and publisher James Baxter called the CBC “an uber-predator” because of its “massive expansion into digital-only news in markets where there is already brisk competition” and called it “the single-biggest obstacle to there being a vibrant and innovative marketplace of ideas in the media space [in Canada].”

A week and a half after The Weekly’s report on the Three Percenters, CBC Radio’s Day 6 invited Lamoureux on to discuss the group. CBC News also published a follow-up story on the far-right militia that gave Vice and Lamoureux credit: “Mack Lamoureux of the news site Vice first reported last spring that the Three Percenters had established a chapter in Alberta. Nearly a year later, CBC’s The Weekly has uncovered details about the group’s growing membership, including a newly established chapter in Ontario and members spanning every province.”

Ah, but where did CBC first hear this information to confirm… https://t.co/uxifPms9YW

Could it perhaps have been this La Presse story? https://t.co/MYmEMVq3MB

This is very inside baseball, but also extremely irritating. Our national broadcaster—for all its merits—is a leech, loath to give credit when it’s been beaten.

Graeme Gordon has written several op-eds for the CBC in the past but has also been an open critic of Canada’s public broadcaster. If you’re a journalist who’d like to share an experience of the CBC failing to give credit, feel free to get in touch at graemecgordon@protonmail.com.

Correction (May 23, 2018, 1:47 p.m. EDT): A quote originally misidentified the location of the Nova Scotia cremation error as Bridgewater. The incident, in fact, took place in Berwick.