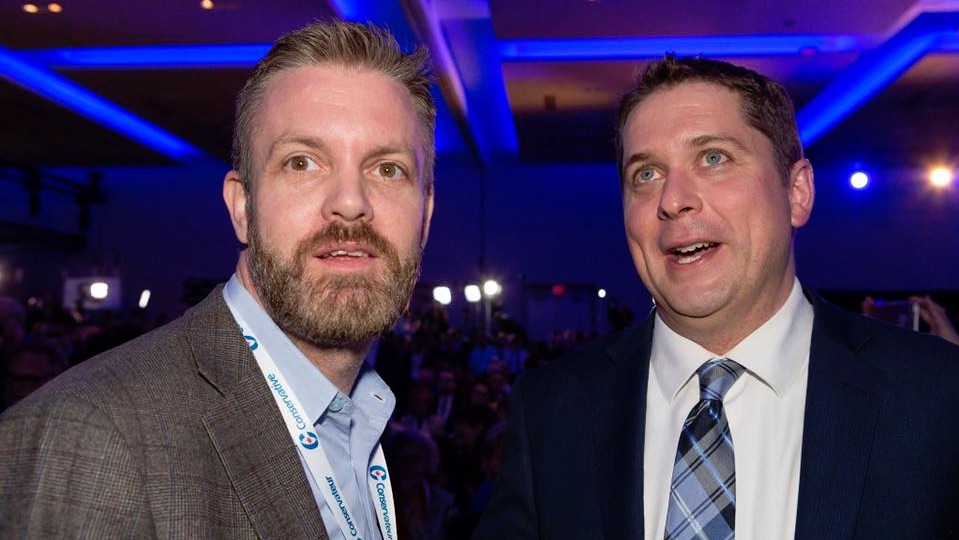 In late July, Kory Teneycke — the former director of communications for Prime Minister Stephen Harper and VP at Sun News — travelled to England to meet with two Rebel contributors on behalf of their boss, Ezra Levant.

In his video claiming that Caolan Robertson and George Llewelyn-John had “blackmailed” him, Levant made repeated references to an “old friend” whom he had previously sent to the UK to facilitate their exit.

Levant said he thought it made no sense that the pair should be paid several thousand pounds’ severance for just a few months of work, “but my old friend told me it was necessary to make some problems go away. I couldn’t believe it, but my friend said it was really, really important.”

He also said it was his friend who had told him that the money wasn’t really for severance but rather was part of a “shakedown,” a claim that Robertson and Llewelyn-John deny.

Levant subsequently travelled to the UK to meet with Llewelyn-John himself, and in an audio recording of that meeting made by Llewelyn-John, Levant names Teneycke as his friend on multiple occasions. The recording, provided to CANADALAND, is unverified but appears to be genuine.

Skeptical of Llewelyn-John’s denials that he and Robertson had ever intended to blackmail The Rebel, Levant says at one point: “Now maybe my friend of 23 years, Kory Teneycke, is lying to me about the threats you made, and maybe you, a stranger to me until three months ago, is telling the truth.”

“I sent Kory over here to do a bunch of things,” he explains in the recording. “It didn’t turn quite into what he wanted it. And Kory said, ‘Okay, Ez, it’s gonna be this. Oh, it’s gonna be this. It’s gonna be this.’ And I thought, ‘Jesus fuck. That total number is larger than what we’ve paid these two [unintelligible] for all their work combined. And I said, ‘Well, fuck, fine, Kory, I’m going to trust your judgment.'”

In an interview with CANADALAND, Robertson and Llewelyn-John named Teneycke as the “producer” who met with them. Asked if they were aware that he had been a former communications director for a Canadian prime minister, they said they were not.

“I think the only thing I’d have to say,” Teneycke tells CANADALAND, “is that Ezra’s a friend and a former client, and no comment.”

He declined to elaborate on the nature of the professional services provided.

We’ve reached out to Levant and will update if we hear back.

With reports from Graeme Gordon and Jesse Brown.