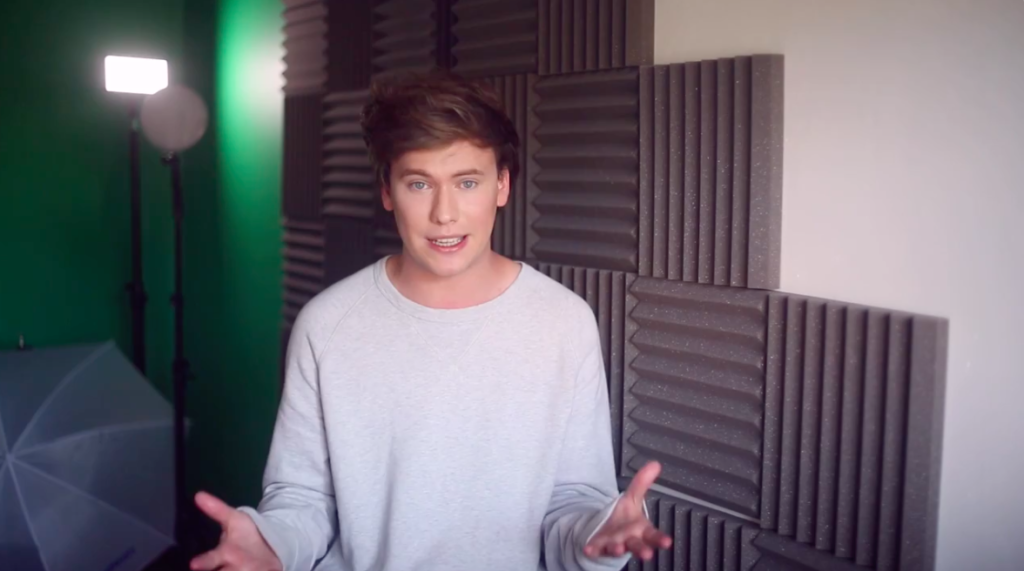 A former Rebel Media contributor is making explosive allegations against Ezra Levant and the way he operates the Canadian far-right outlet.

“So some of you might or might now know, but two weeks ago I actually left the Rebel Media,” Caolan Robertson says in a video posted to YouTube Thursday. “But what you definitely don’t know is that Ezra then flew to the UK to offer $20,000 to make sure that this very video would not get made.”

The video, whose claims have not been verified, includes an audio clip of Levant appearing to offer what he calls “hush money,” which Robertson accepted. In response, Levant has claimed that Robertson and his partner, George Llewelyn-John, “blackmailed” him into paying for their silence.

Robertson, a harsh critic of Islam, was one of The Rebel’s UK correspondents, until he says he was fired “suddenly” and “without cause.”

“Personally, I think it’s because we both knew too much.”

Levant appeared to offer them money in order to sign a new confidentiality agreement. “I will PayPal to you right fucking now.”

“The Rebel makes enough from its shows to cover its costs,” Robertson says in the video. “And apparently, it even makes more from backers on top of that. So what on Earth does it need with your money? The thing is, when you donate to a Rebel campaign, you’re actually giving money to a business, not a charity — while the Rebel does spend a huge amount on lawyers, billboards, and URLs, this is nothing compared to what is actually coming in. These are simply tools to boost donations.”

He draws attention to a little-known disclaimer on The Rebel site that says: “Surplus funds raised for specific initiatives will be used for other costs associated with that particular project, such as website development, website hosting, mail, and other such expenses. Additional funds will be used towards other similar initiatives in the future.”

In the video, Robertson also says that the sudden departure of its former star, Lauren Southern, in March was related to fundraising for their trip to Israel: “It actually turns out that the Rebel crowdfunded more than enough money to cover the costs of that trip — and yet they still demanded she make a video asking for more. Of course, Lauren refused, and after raising concerns about the ethics of lying to make money they didn’t need, she was unceremoniously fired, and threatened with legal action if she ever spoke about it. That’s right, she didn’t leave, she was fired.”

Within hours of Robertson’s video going up, Levant published his own, asserting that Robertson and Llewelyn-John were fired for cause and had subsequently made multiple attempts to “extort” an unreasonable severance from the company by threatening to go public with allegations concerning fundraising, as well as with a video of another Rebel contributor, Tommy Robinson, confessing to an assault.

Levant also says that his lawyers have given him advice about the “the right way to report extortion to police.”

Robertson and Llewelyn-John maintain that they never blackmailed anyone.

More on this story as it develops.