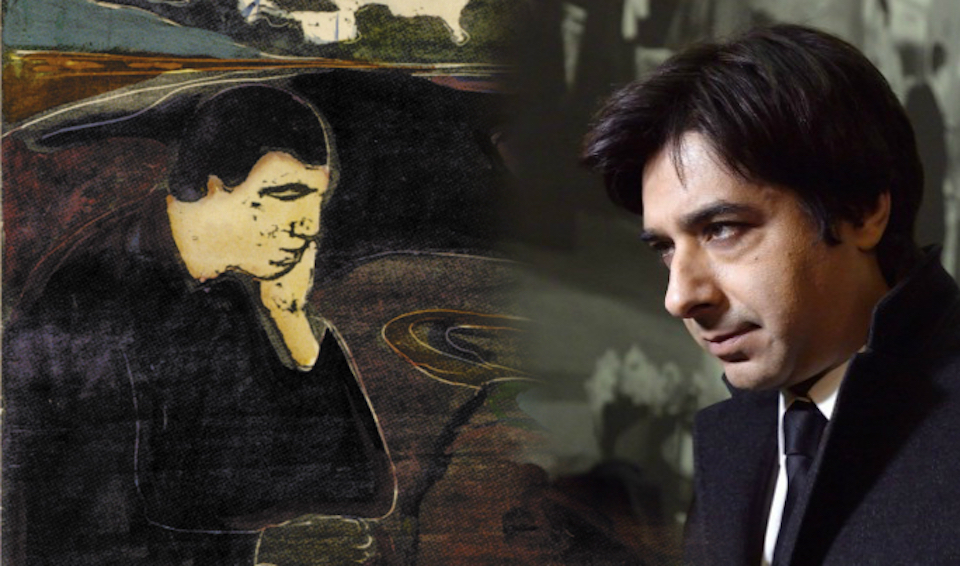 Had The New York Review of Books bothered to look into Ghomeshi's claims before publishing his essay, this is what they would have learned
Analysis By Jesse Brown
Share

Jian Ghomeshi’s essay in The New York Review of Books, titled “Reflection from a Hashtag,” chiefly concerns his suffering, how his friends betrayed him, and how he was wronged by an ex-girlfriend, “certain reporters,” and even his own crisis PR team. It also informs readers that he still has female friends and opportunities to have sex. It does not deal in much detail with the facts surrounding his disgrace or with the substance of the many allegations against him. Nevertheless, the scant details he does provide are largely wrong. The piece is filled with inaccuracies, omissions, evasions, and mischaracterizations about what he did, what he is alleged to have done, and what happened to him as a result — much of which are matters of public record.

(The person who commissioned and edited the essay, Ian Buruma, was shown in a Slate interview to be unfamiliar with basic facts of the Ghomeshi scandal, such as the number of accusers. It’s 24.)

It’s doubtful that the piece was properly fact-checked, or fact-checked at all. As the reporter who initially investigated the accusations against Ghomeshi and broke them with the Toronto Star, I am insistent about the facts, and opposed to attempts to whitewash, warp, rewrite, and hide them. Had the NYRB bothered to Google Jian Ghomeshi before publishing him, this is what they would have learned:

GHOMESHI CLAIMS: “In October 2014, I was fired from my job at the Canadian Broadcasting Corporation after allegations circulated online that I’d been abusive with an ex-girlfriend during sex.”

IN FACT: This is false. The truth is that Ghomeshi was fired after he displayed “graphic evidence” to CBC executives that he had caused “physical injury to a woman.” The images of his ex-girlfriend’s bruised body, reportedly after he had cracked her rib, were shared because he believed these materials would also prove that she had consented to the violence.

GHOMESHI CLAIMS: “In the aftermath of my firing, and amid a media storm, several more people accused me of sexual misconduct.”

IN FACT: This statement is both misleading and obfuscating. It leads the reader to believe that Ghomeshi had only one accuser, an ex-girlfriend, until media attention inspired more to come forward. In reality, five women shared allegations with me about Ghomeshi before his firing and before any media story ran. (Four were included in the original report).

GHOMESHI CLAIMS: “I faced criminal charges including hair-pulling, hitting during intimacy in one instance, and — the most serious allegation — nonconsensual choking while making out with a woman on a date in 2002.”

IN FACT: There are no specific charges for “hair-pulling,” “hitting during intimacy,” or “nonconsensual choking while making out” in Canada’s Criminal Code. Ghomeshi is defining the charges in his own arguably minimizing terms and omitting several other charges entirely. He was ultimately charged with seven counts of sexual assault and one count of overcoming resistance by choking.

GHOMESHI CLAIMS: “…after a very public trial, I was cleared on all counts.”

IN FACT: This is false. As he alludes to in the following sentence, Ghomeshi bargained out of one sexual-assault charge.

GHOMESHI CLAIMS: “One of the charges was separated and later withdrawn with a peace bond — a pledge to be on good behavior for a year.”

IN FACT: This is a gross obfuscation. The charge was withdrawn on two conditions: one was that he enter into a peace bond, and the other was that he deliver a public apology to his victim, Kathryn Borel. And the peace bond was not simply “a pledge to be on good behaviour for a year.” It was similar to a restraining order in that it prohibited Ghomeshi from contacting Borel in any way.

IN FACT: This is technically accurate, but nevertheless misleading. While #jianghomeshi was occasionally used, both before and after his disgrace, it was never a particularly popular hashtag, nor one with any fixed meaning. There were, however, hashtags that flourished in the wake of the Ghomeshi scandal: #IBelieveWomen and #BeenRapedNeverReported.

GHOMESHI CLAIMS: “The storm also transformed me from being a proud Canadian to being ‘Iranian-Canadian.’”

IN FACT: This is false. Prior to his disgrace, he was regularly referred to in the press, non-pejoratively, as Iranian-Canadian. And Ghomeshi presented his own identity as hyphenated in his 2013 memoir, in which he referred to himself as “Persian-Canadian.”

GHOMESHI CLAIMS: “Before 2014, it was unimaginable to me that I would become a poster boy for men who are assholes.”

IN FACT: Ghomeshi had plenty of reasons to imagine that he might be an asshole for many years before 2014. In his mid-30s, he was confronted on the phone by the father of one of the teenaged girls he had pursued. Much earlier, during his undergraduate years at York University, a fellow student says he rebuked Ghomeshi for suddenly grabbing his genitals. In 2012, a young woman confronted him in an email about his behaviour on their first date, during which she alleges he slammed her against a wall, choked her from behind, and struck her repeatedly about the head. He wrote her back, angrily insisting “you WANTED it to continue.” These incidents span over 20 years, but nevertheless, it is plausible that throughout them all, Jian Ghomeshi never imagined himself an asshole.

GHOMESHI CLAIMS: “There had been no formal complaints at work that I was aware of over the years”

IN FACT: In July of 2012, six of the producers who worked on Ghomeshi’s program Q presented senior management at CBC with extensive complaints about a “culture of fear” at work, where “if we don’t do what he [Ghomeshi] says, we will be punished in some way.” In the “Red Sky” document they provided to management, staffers wrote that they were perpetually afraid to “stir the beast,” with reference to Ghomeshi [pdf]. Each complaint in the document was presented to management by groups of two staffers, which, I was told, was a precaution to ensure that no individual employee would face retribution from Ghomeshi if he learned that they had criticized him.

However, none of these complaints were “formal” by CBC’s classification, and due to an enabling “host culture” on Q that insulated Ghomeshi from accountability — as later decried in the externally conducted investigation of the show’s workplace [pdf] — it is indeed possible that Ghomeshi was never made aware of these complaints, as he claims.

GHOMESHI CLAIMS: “I had not been a network boss or an executive with institutional power…there were no hush-money deals or nondisclosure agreements.”

IN FACT: It is inaccurate for Ghomeshi, once one of the CBC’s biggest stars, to claim he had no institutional power. In fact, he allegedly used his institutional power to procure sex. One young CBC producer said that in 2012, she connected with Ghomeshi in the hopes of working on his show. She alleges that he took advantage of their power imbalance to pressure her into a rough and unwanted sexual encounter, after which he landed her a job interview at Q, to be conducted by executive producer Noorani. Ghomeshi surprised her by sitting in on the interview, she recalled, and texted her after to compliment her on her “sexy” appearance and ask her out for drinks. (She demurred.)

In August 2013, when Ghomeshi learned that a Toronto Life reporter had been emailing some of his ex-girlfriends for an upcoming article about him, his publicist Debra Goldblatt-Sadowski sent an angry letter to the magazine’s editor, writing that “Jian is upset by the idea of this type of a story…I’d like to see these emails stopped.” Goldblatt-Sadowski offered to “work with Toronto Life” on “a more interesting story” that focused on Ghomeshi, not his ex-girlfriends. The magazine killed the piece on his ex-girlfriends, and commissioned a Ghomeshi profile instead. While this was not a hush-money deal, it was similar to the damage-control pressure tactics of the same high-powered media bosses Ghomeshi attempts to distance himself from.

GHOMESHI CLAIMS: “I was demanding on dates and in personal affairs. I would keep lobbying for what I wanted. I was critical and dismissive. Some women I cared about went along with things I wanted to avoid my disappointment or moods.”

IN FACT: This is vague to the point of deception, casting matters of allegedly criminal behaviour in the language of relationship counselling and self-improvement. What exactly were the “things” Ghomeshi wanted, that women supposedly “went along with”? According to several women, what he wanted was to repeatedly strike them in the head, choke them without warning, and humiliate them verbally during violent sex. Some of these acts allegedly occurred without consent of any kind, others without full and informed consent, and never with the use of a safe word.

GHOMESHI CLAIMS: “I feel deep remorse about how I treated some people in my life.”

IN FACT: Since the piece was published, I’ve checked in with or heard from several of Ghomeshi’s key accusers — his ex-girlfriend who was my original source, Kathryn Borel, Lucy DeCoutere, and Reva Seth. All of them confirmed that Ghomeshi did not express his “deep remorse” to them privately before declaring it publicly. He also never warned them about the impending release of his essay, which re-asserts his position that the allegations against him are “inaccurate,” and which has re-animated Ghomeshi’s small but virulent base of misogynist trolls, who have been plaguing these women for four years. If he is remorseful about how he harmed them, he is concurrently willing to harm them again in order to attempt a comeback.

The New York Review of Books presented Ghomeshi’s essay under the grave cover headline “THE FALL OF MEN.” But the fall of Jian Ghomeshi is not indicative of the fall of men, mankind, masculinity, or anything so dire. It was the fall of one man who, by his own admission, was hurting people and abusing his power, and who, by the accounts of 23 women and one man, was a violent sexual predator.