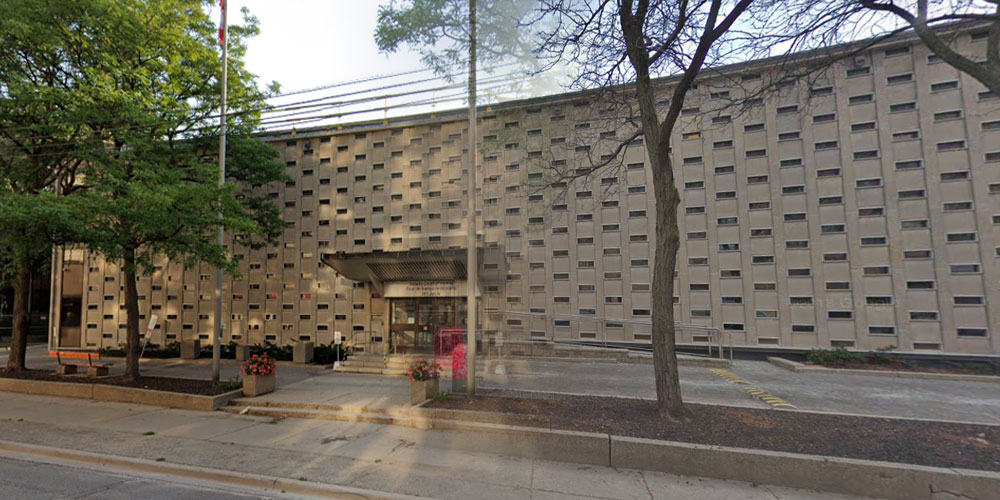 Getting Divorced in Canada is Terrible

"I don't want to be married anymore — why is this so hard?"
On the Monday show By CANADALAND
Share

Divorce sucks. And not just because it’s about going separate ways from a person with whom you figured you’d be spending the rest of your life. There’s also a whole process, involving lawyers, court filings, delays, mediators, legal bills, etc. It’s all terrible. People who go through it often end up with a sort of stress disorder associated with seeing their lawyer’s name pop up in their inbox.

Of course, the traumatic nature of the divorce process isn’t just a Canadian phenomenon. It’s seen around the world, and has led to creative attempts to make it less awful. In the Netherlands, for example, a posh “Divorce Hotel” offers mediation services between rounds of golf and massages.

But that’s not what it looks like for the thousands of Canadians who enter the process each year. And it’s not even clear how many actually do, since it’s been more than a decade since the country made a point of collecting comprehensive divorce statistics.

On the Valentine’s Day episode of CANADALAND, senior producer Sarah Lawrynuik examines the experience of divorce in Canada — and why our system has such a long way to go if it ever hopes to sufficiently serve the people it’s supposed to help:

Here, slightly edited for clarity, are some of the things Sarah heard from those she interviewed:

“People are, I think, susceptible to being led a certain way. It is in the best interest of their lawyer to identify something that needs changing, to show and demonstrate that their billable hours are worth it. And you know, they don’t lose anything by making it more acrimonious. They only stand to gain. That’s a very cynical look, but the lawyer that I was dealing with drives a Bentley for a reason. And I know people make money, but the reality is that there’s actually a conflict of interest sometimes. I knew what was coming if I decided to fight, because I’m trained in law and I have a lot of colleagues that work in this area. And in fact, my lawyer said to me outright, ‘You have two choices: you can divide this two ways or four ways. You decide.'”

“In our initial conversations, my lawyer said, ‘If either of you leave the house before you have a separation agreement, you forfeit primary custody of your children.’ And it was like, ‘Holy shit. I can’t even get away from this person in order to figure out what we’re gonna do or try to figure out a harmonious solution or try out different types of living situations that would not involve fighting in the house with the two kids.’ But I’ve got this legal advice that says, ‘Yeah, you can’t go.’ And he got the same advice. So then we’re stuck living together in a small, semi-detached house in Toronto, which meant we were in the same bed together for a long time. And then lockdown hit, and finances became really uncertain, because I own a small business. And so it was this really frustrating scenario where I thought, ‘I can’t.’ But the only way to do this is to go through the system, and I hate it, and I don’t want to do any of this. I don’t want to be married anymore — why is this so hard?”

— Amanda, a queer mother of two in Toronto, who had been in a heterosexual marriage for nine years when she came out to her husband and family

“One of the tools that abusers will use is, they will use the litigation as a further form of abuse. And they’ll do that by dragging their heels. They won’t engage in the process. They’ll say they’re not available when they clearly are. They won’t answer correspondence. And in some cases, they’ll just keep bringing motions against you, even if they’re frivolous, just to keep you always in a state of perpetual stress and uncertainty. They will disobey court orders, and so they will drag it out. They will cause financial harm. And they will also take advantage of delays in the court, irrespective of whether it’s an abuse case or not. Because the courts right now are so backlogged with cases — this was even before Covid — that it could take upwards of four months, in some cases, to even get before a judge to hear an urgent matter.”

“If the family court system doesn’t want to do its job, then get out of the divorce business and let us go to it. Because all that’s happening is they’re leaving a trail of broken lives behind them. But you know, if you’re gonna stay in this, then start doing your job: start enforcing, hire more people, and recognize financial abuse for what it is. Recognize these delays and come down hard on the party who’s doing it. Because what you’re doing, every day you let a deadline go by, is you’re emboldening the other party, you’re empowering them to keep going. You are complicit in this abuse, essentially, and you’re traumatizing people. The family courts are traumatizing people. They are just as guilty as the person who is delaying.”

— Candace, married for nearly 19 years when she decided to leave her husband in 2018

“He engaged in post-separation abuse towards me and towards Keira. I mean, really using that court process as a way to harass us, to financially deplete me, to use Keira as a tool to continue to exert power and control over me. And the court process was absolutely horrific, in the sense that the abuse was largely minimized. A trial judge, Justice Gray, cut me off on the stand and said, you know, ‘The abuse is not relevant, and I’m gonna ignore it.’”

— Jennifer Kagan, whose daughter’s 2020 death was the inspiration for “Keira’s Law,” introduced as a private member’s bill in the House of Commons last week, and now married to Philip Viater

“In a specialized, unified family court, you get a judge who does nothing but family law. You have a separate court location with a whole bunch of ancillary services that are specialized for family law issues — not part of the general civil court system. The judge you’re in front of will often have been a family law lawyer before they got appointed to the bench.”

— Rollie Thompson, professor emeritus at Dalhousie University’s Schulich School of Law, about a better way of doing things that is already in place in many parts of the country

Top image consists of Google Street View images from January and August of 2018, of the Ontario Court of Justice at 311 Jarvis Street, one of the multiple courthouses that have to be visited by people getting divorced in Toronto, which does not have a unified family court.