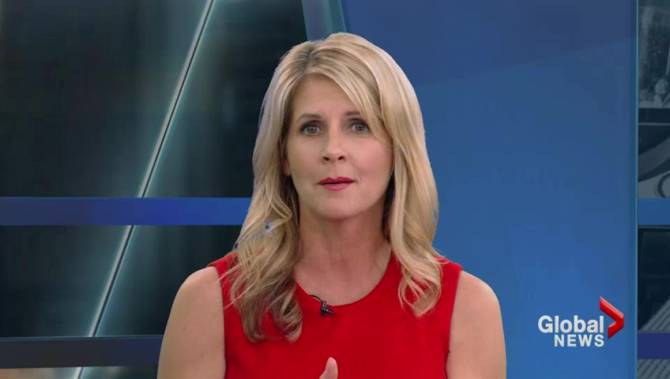 When a cop shoots a citizen, and it’s caught on video, the news value of that tape is clear: an officer of the law, sworn to protect the public, has killed a member of that public. TV stations have no trouble running that, gruesome and terrible as the footage might end up being.

But what happens if the person who has died is a teen, and the alleged killer is not a police officer, but another civilian?

This was the question Jill Krop, Global BC’s news director, faced last week when a 13 year old was stabbed to death in an apparently random stabbing at her school. Krop decided to run the footage, and now, some of the public wants Krop to resign.

Global BC ran footage — on their evening newscast, and online — of a stabbing in an Abbotsford, B.C. school that left Letisha Reimer dead. People are not happy the network published footage of a teenager’s violent death, and now they’re looking to oust Krop.

They’ve turned to an online petition calling for Krop to step down from her job, as first reported by the Georgia Straight. Nearly 1,400 people — at last count — had signed on to the petition.

In it, the petitioners ask Krop to resign for putting the video online and on the evening newscast. “There is absolutely no way to justify the publication of that video, and by choosing to air the video Jill Krop and the rest of the staff at Global BC are re-victimizing those directly affected by Tuesday’s incident,” the petition reads.

Krop declined to comment when reached by email, passing all questions to Global’s corporate PR team. CANADALAND will update this story when they reply. But, the news director did appear on local talk-radio station CKNW — owned by Corus, the same parent company as Global — to explain the rationale for running the footage.

“We looked at the video, and immediately decided not to air it right away. And I literally said to my colleagues, ‘This is in all likelihood the last minutes of someone’s life, we do not need to put it on TV two hours after it’s happened,’ ” Krop said, in the interview. “We decided that by 11 o’clock, a very different audience, an older audience, no children in the room, we could air that video blurred. It’s still a difficult decision to make.”

The video appears to have since been removed from Global’s main story on the stabbing.

Gabriel Klein has been charged with second-degree murder over the teen’s death.