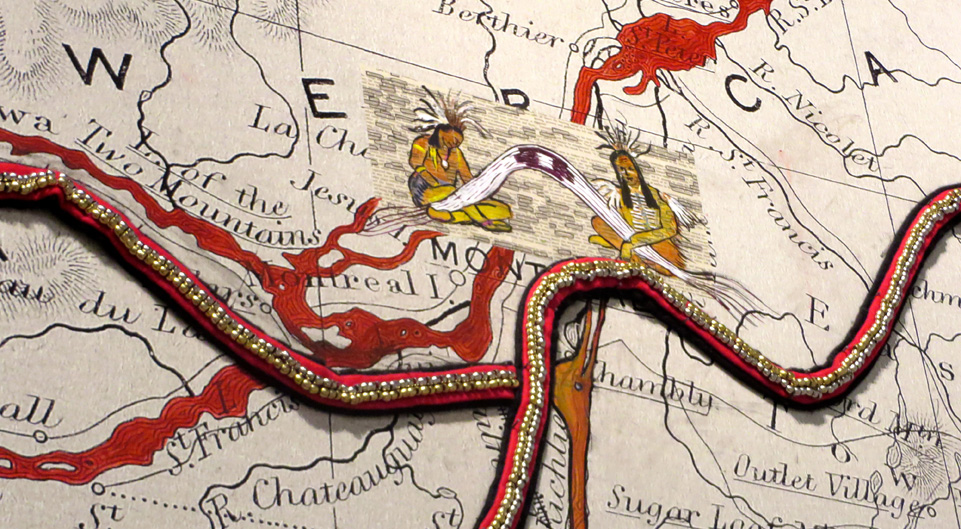 The "Appropriation Prize" is equal to the assailant being told to "stop" — and they, out of pure vindictiveness, keep going, harder, deeper, just because they can.
Opinion By Janet Rogers
Share

Some of the most stinging acts of resistance have come through the use of satire. Saturday Night Live has dedicated its cold opens for the past two years to the ridiculousness of the Trump campaign and now of his presidency, to the delight of North American viewers week after week.

So IF we consider the suggestion of a writing prize for Best Appropriation Of Another Culture by a clique of white-privileged, boozing establishment writers to be satire — what are they rallying against exactly? The threat of not being able to write about Native realities? The very real shift of voices that shape “Canadian” literary culture across our landscapes? The stifling of their own voices? What messages are they saying and not saying between the lines and one-liners on Twitter, Facebook, and private messaging? I’m trying very hard to understand.

Authentic Indigenous art has been taking a beating over the last few years from people who think, in the absence of protocols and traditions from their own cultures, they have the right to take from ethnic and Indigenous cultures to define their own practice and identity. But the battle to combat the stealing of our culture, the theft of identity, the government-sanctioned erasure of our languages, and the commodification of our spiritual practices is a long-fought battle. We see it for what it is, and we can smell it coming a mile away.

And now, in 2017, as this corporation celebrates 150 years of being in business and the very confusing, ill-defined Year of Reconciliation, the divisions among settler-nations (which are different than immigrants) and Indigenous peoples is greater. Greater because with all the education (academic and social) and new (Euro-white) government policies which at the very least attempt to address Indigenous issues, we are no closer to racial unification here than the hillbilly mobs and Latino and Black people south of us. So why is that? With puffy chests and glowing hearts, “Canadians’” lone claim to independent identity boasts, “We’re better than Americans.” But are you really?

I have personally been through a similar experience with the Mother-Corp (CBC) in Victoria. I was invited to host a music column featuring Indigenous musicians, profiling them and their music. I did this for eight years, 2007–2015. The station producer and host were welcoming and patient as I learned their formatting. I brought not only music, but made it my goal to bring social awareness to their otherwise flaccid airwaves through my music selections.

And I did this, for eight years, until it was decided they would change up their programming and my column would be eliminated. Without any note or explanation, without any expression of thank-you, without any notice at all, I was let go. And it would have been perfectly fine with me if they wanted to introduce new Indigenous voices on the air and if they wanted to program more newsy Indigenous segments into the schedule. But after eight years, with no notice, a new position was circulated, which sounded a lot like mine, and friends forwarded me this posting saying, “You’d be perfect for this.”

And guess what, I applied (for my own job) — but the CBC ultimately chose not to revive the position. This is an example of the very common, one-step-forward, two-steps-back relationship we’ve been engaged in with the rest of this country for centuries. They extend a hand, we look suspiciously at that hand, and like a cruel game, it is snatched away before we can grab hold. To this day, the Victoria CBC station remains lily-white, their programming bland and music choices lame. On the other hand, CBC’s Unreserved, a native-produced and -hosted national program, had the foresight to feature a whole segment on the very topic of Cultural Appropriation, which you can find here.

And thank you, CANADALAND, for your insightful article on how white the CBC really is, full of statistics and eye-opening truths.

This cat-and-mouse game is being played with this country’s culture. And I really don’t think a nation that claims such superficial cultural emblems as a donut, a coffee, a hockey puck, and beer as vanguards of identity can afford to play such games.

What is it about your own stories that you find so limiting, that you must reach out, beyond your comprehension and compassion, to tell our stories? How does asking you to please stop mining our stories for your benefit threaten your ability to shape and breathe life into your own culture? The Appropriation Prize is equal to the assailant being told to “stop”— and they, out of pure vindictiveness, keep going, harder, deeper, just because they can.

Write about how my reality affects you, don’t write about me. Write about your relationship to Indigenous issues, communities, and experiences; don’t write as if you are me. I’m here. I can write my own stories. We stand on our stories as territories and foundations. And like all the other resources that shape us and support us, you want to take that, too.

I can just picture the bar-tab-sponsored award soirée you have planned: high-blood-pressure, red-tinged alcoholic faces laughing grotesquely at how much they have stolen from our lives and sloppily pissed it across the page as prize-winning writing. With every poem, every story, novel, and play, we measure the effects our words and our voices have on our people, now, into the future, and how those who are gone from our families will be affected.

How do you measure your success with your ancestors? Knowing what they know, of the true history of this fraught relationship, what will your ancestors have to say about your behaviour?

Janet Rogers is a Mohawk/Tuscarora writer from Six Nations, who has been living as a guest on the traditional lands of the Coast Salish people (Victoria, British Columbia) since 1994. Most recently, she was poet laureate of the City of Victoria from 2012-15, a UNBC writer in residence from 2015-16, and OCAD’s Indigenous Visual Culture Nigig Visiting Artist in 2016.

Image from Bonnie Devine’s Battle for the Woodlands, used with permission.