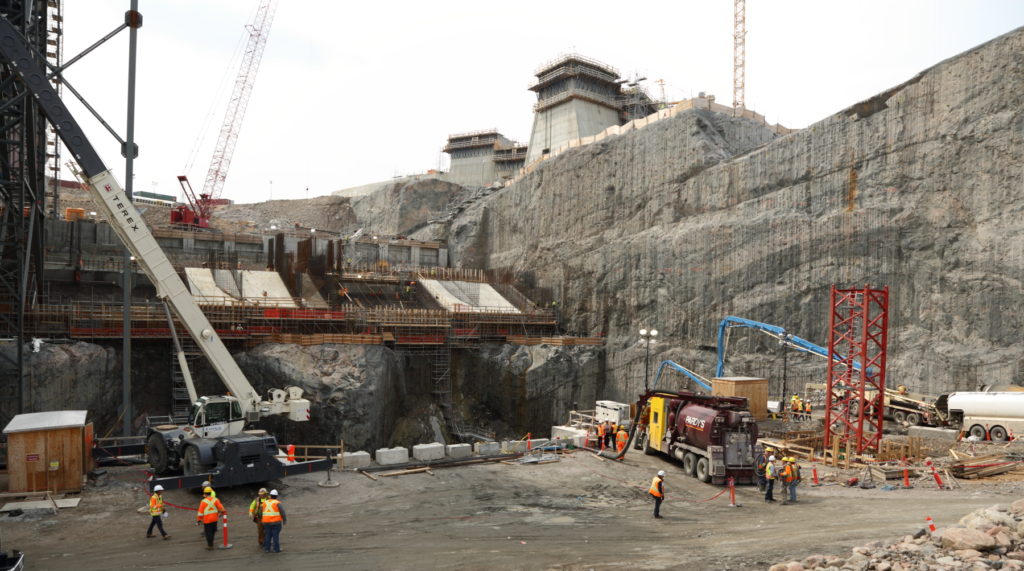 A reporter staked out at the centre of the protest of a massive hydro-electric dam project in Labrador has been marked for arrest, in an order issued by a court Tuesday.

Justin Brake, a reporter for the provincial news site The Independent, has been covering protests at the construction site of the Muskrat Falls dam project. Peaceful occupiers have been at the site since the weekend. Brake’s name was listed alongside that of almost two-dozen protestors in a Labrador court order, according to a report in The Telegram.

UPDATE: Tuesday afternoon, Brake left the encampment so he could continue reporting on the story, The Independent tweeted. Brake said having to chose between telling a story and risking arrest is not a situation a journalist should be put in, according to The Independent, and it wasn’t an easy decision.

"I had to go where the important story was, and esp. the story no one else was telling" – Indy editor Brake #MuskratFalls #nlpoli #cdnpoli

The injunction gives the RCMP the authority to arrest those on the list and anyone else unauthorized on the site if they don’t leave. News reports have estimated there are about 50 people are on the site.

The protestors, who self-identify as “land protectors,” have been camped out in the worker’s barracks on the site in an effort to halt the building of the dam since the weekend, news reports have said. They’re concerned flooding the reservoir will raise levels of methyl mercury, a toxic heavy metal, to unsafe levels. This could poison the salmon and seal much of the Indigenous community relies on.

Here's the full list of people named in the court order to the RCMP to remove people from Muskrat Falls. Story here: https://t.co/1aaQCPbvlq pic.twitter.com/mYO3qke7gg

The province has said it would monitor levels of the substance upon completing the dam, but planned to go ahead with the project all the same.

The protestor’s concerns are backed up by a Harvard University study of the watershed. The dam is being built by Nalcor, a provincial Crown Corporation, and its construction has lead to a massive upheaval in Newfoundland and Labrador politics. Tuesday afternoon, the Premier Dwight Ball was meeting with Indigenous leaders in St. John’s.

Muskrat Falls is on the Lower Churchill river, some 25 kilometres west of Happy Valley-Goose Bay.

Sympathetic protests have sounded in a number of cities across the country this weekend, including one in Ottawa where four hunger-striking protestors from Labrador hoped to draw the attention of the federal government.

CANADALAND has reached out to Brake, and we’ll update our story if we hear back.