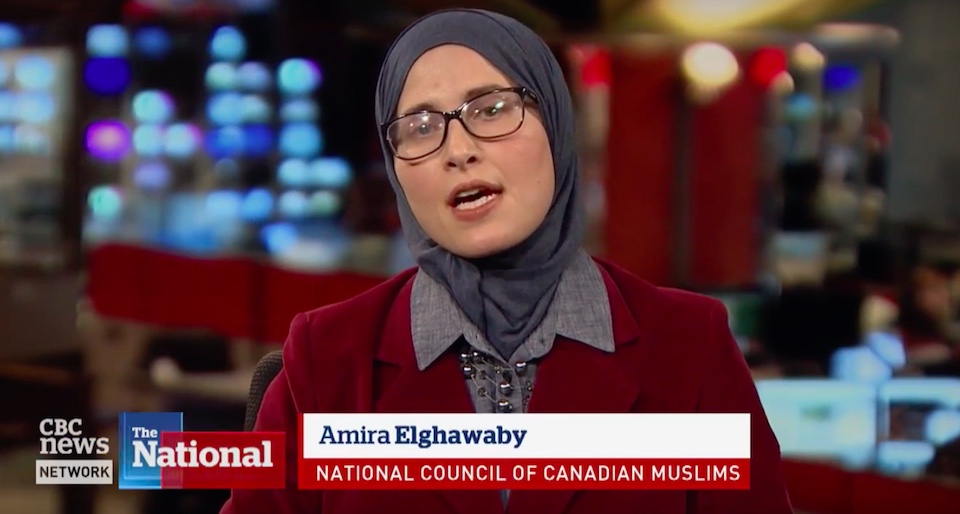 "In the largest city in Canada, there doesn’t seem to be a single Muslim-led paper of substance or wide distribution."
Analysis By Steven Zhou
Share

At the same time that Canada’s anti-Muslim movements are being emboldened by demagogues in politics and the press, the National Council of Canadian Muslims (NCCM) will be holding an intensive media-training session in Toronto. One way to counter such prejudice, a spokesperson for the civil liberties and human rights organization says, is through an inclusive body of Muslim-centric media production and engagement.

Saturday’s “Talking to the Media with Confidence” workshop, part of a semi-regular series, aims to give tools to Muslim Canadians who want to be more engaged with the media to better shape the stories that sculpt the wider representation of their communities.

But the mainstream media’s current lack of representation of the wide range of Western Muslim experiences is also mirrored by a dearth of Muslim-led outlets. There is no unified platform where pertinent conversations can take place.

The effect is that this vacuum allows for others to step in to “explain” Islam and Muslims to the larger Canadian population, often without consideration for how different Muslims experience and react to white supremacy and racism in different ways.

“The challenge for us is, first of all, to be aware of what’s already happening in our community and to share or amplify those stories and the story makers,” says Amira Elghawaby, NCCM’s communications director and lead media trainer.

“There’s a lot of different kinds of cultural production in our community,” she says, “but we aren’t always aware of it, and we rarely get to come together as professionals to talk about what we’re all doing.”

This lack of awareness extends to media engagement, where Elghawaby says there’s no sustained interest or effort from institutions to update their people’s media skills, despite the changing landscape of journalism. Instead, most Muslim organizations are content to seek out help only when confronted with a negative story, which ensures that Muslims are pinned to a reactive footing.

Chelby Daigle, the editor-in-chief and coordinator of Muslim Link, a national outlet based in Ottawa that focuses on reflecting Canada’s broadly complex Muslim community, notes that any serious effort to build a proactive Muslim voice would have to prioritize a vigilant agenda of inclusivity and equity.

“The Muslim community is very large and very diverse, but it’s often a very small group of people involved in a handful of Muslim organizations who talk among themselves of how to represent the community to the media,” she says. “But there’s a wider Muslim community that’s having a completely different conversation.”

“Before anyone can say how Muslims need this or that, we should admit at least that we don’t really know all the people in our community and what they’re doing,” she says. “We are diverse and often really different from each other, and we’re so divided partly because we don’t know each other in the first place.”

Daigle, who implemented Muslim Link’s Diversity, Equity, and Inclusion Policy, says that the tendency to have a relatively small group of Muslim “representatives” fixate on explaining the “plight” of Muslims to non-Muslims only exacerbates existing disconnects between ethnicities, nationalities, and sects within the community.

This includes minority Muslim groups such as the Shia community, which makes up about 10-13 percent of Muslims globally, or the Black Muslim community, which faces a much more intense set of intersectional challenges.

“We’re not really talking to each other, and we really don’t know each other,” Daigle emphasizes. “That’s the biggest problem,” which prevents the building of credible Muslim-led media outlets that are inclusive and effective.

“In the largest city in Canada, which also has [its] largest Muslim population, there doesn’t seem to be a single Muslim-led paper of substance or wide distribution,” says Naseer Irfan Syed, a principal lawyer at Toronto’s Kutty, Syed, & Mohamed (KSM Law), as well as a former blogger at muslimlegal.ca.

This lack of intra-communal awareness has led to what Syed notes is an absence of common news platforms where Muslims can come together to be informed and share their collective experiences. He says that the voices that do exist are often disparate, unattributed, or confined to the random world of opinion blogging and not actual reporting.

“This makes it hard for non-Muslims, particularly journalists, to figure out who to contact as a credible representative of the community whenever something happens that calls for a collective Muslim response,” he says. “People don’t really know who’s who out there, and reporters end up going to their preferred set of contacts.”

This creates opportunities for those who have explicitly anti-Muslim agendas to posture as credible voices when it comes to explaining the Muslim community, particularly with regard to Islamic positions on issues like terrorism or gender.

Meanwhile, Syed says, immigrant Muslim communities tend to be more interested in the “news back home,” which has led to a lot of small, ethnic community papers, as opposed to a larger English-language platform more akin to Muslim Link.

“What also results,” he says, “is a lot of people with a lot of opinions but no agreement on the facts on the ground at a particular incident or event, be it within a mosque community or elsewhere.” This helps exacerbate intra-communal discord, making it even more difficult to achieve a common basis of experience or mutual respect.

“It’s not even just about being able to respond to what’s happening in the world that affects Muslims,” Elghawaby says. “What about all the positive stories that need to be reported?”

But this lack of comprehensive representation, Daigle points out, is also a result of a lack of Muslim voices in the mainstream.

Without this credible and widely recognized set of platforms to represent the collective Muslim agenda, Muslims will always be at risk of being explained by others at times when they must speak for themselves.

Steven Zhou is a Toronto-based journalist and writer focusing on national security and extremism. His work can be found in the LA Review of Books, CBC News online, The Globe and Mail, and Buzzfeed Canada, among other outlets. He is an associate editor at the (U.S.-based) Islamic Monthly.

Correction (August 30, 2017, 9:40 EDT): Due to an editing error, this piece originally described Naseer Irfan Syed as a partner at Kutty, Syed, & Mohamed. The firm’s lawyers, however, practise in association rather than as partners.