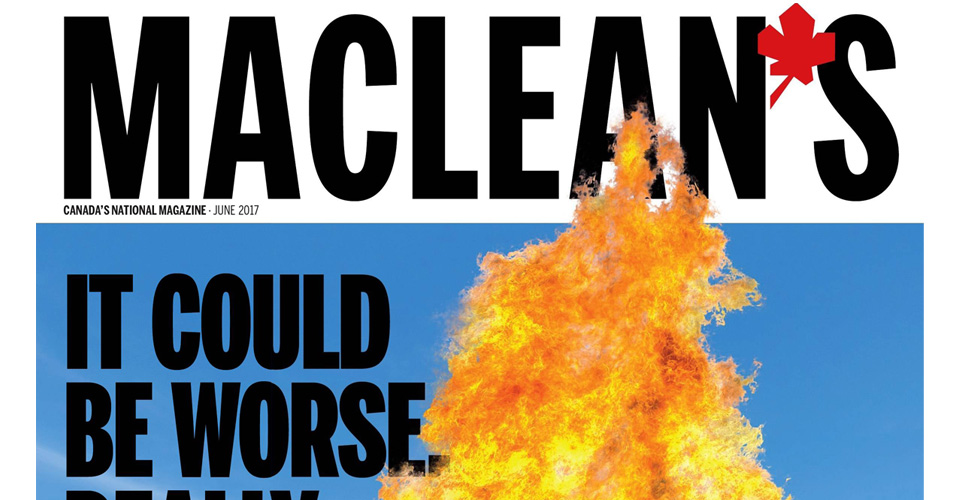 As the Liberals prepare to expand the Canada Periodical Fund, we look at the vagaries of an opaque system.
Article By Graeme Gordon
Share

According to figures disclosed by Canadian Heritage, Rogers Media’s Maclean’s magazine received virtually the same amount of government funding in 2017 as it had for years past, despite cutting nearly three quarters of its print issues at the start of that year.

For the annual funding cycle running from April 1, 2017, through March 31, 2018, Maclean’s was given a $1,492,069 grant from the Aid to Publishers program of the Canada Periodical Fund (CPF). That was just slightly less than the $1.5 million it had received in each of the previous six cycles, when it was a weekly magazine with approximately 44 issues per year. Last January, it had dropped down to a monthly.

The reason, according to Heritage spokesperson Jon Schofield, is that because of its high circulation, “Maclean’s could have received significantly more than $1.5 million in previous years, ‎if the program’s maximum of financial assistance had been higher. In 2017-2018, due to reduced paid circulation, the awarded amount is less than the maximum amount of financial assistance.”

In a way, that makes sense. But it also points to questions concerning the vagaries of a grant system that sits at the centre of Canadian magazine publishing — a system that, the Canadian Press reports today, the governing Liberals are expected to expand to take in daily newspapers and digital outlets.

We are currently reviewing the Canada Periodical Fund to make sure it can support magazines and local papers to innovate, adapt and transition to digital.

Schofield, for example, explains that Heritage program officers determine funding amounts for publications based on criteria outlined in the application guidelines.

The criteria, however, appear fuzzy, and the guidelines contain no clear formula for funding.

Asked whether the department uses a set formula to determine amounts, Schofield says only that “funding is distributed proportionally according to the number of eligible copies distributed by each recipient,” adjusted to account for various factors such as the “category” of periodical and whether it “also exists in digital format.”

Part of the guidelines explain how for paid magazines — like Maclean’s and The Walrus — only copies sold through subscriptions and newsstands count in determining their federal funding amounts. Yet, according to the government’s proactive disclosures, The Walrus saw its grant increase from $291,850 in 2016 to $312,502 in 2017, despite the magazine’s qualified paid copies steadily decreasing over the two previous years. Brand audit reports conducted by the Canadian Circulation Audit Bureau show qualified paid copies of The Walrus dropped from an average of 43,682 in the October 2014–March 2015 span to 37,861 in the October 2016–April 2017 span. The Walrus’ increased funding over that period — during which the CPF’s overall envelope remained steady — suggests there may be no set equation for determining grant amounts.

(CANADALAND has previously reported how The Walrus has overstated its circulation numbers in past federal grant applications and has had a series of connections to the Liberal Party of Canada.)

Other Rogers publications that reduced their print schedules less than Maclean’s suffered more substantial reductions to their grants in 2017.

CANADALAND reported back in June how Rogers appeared to have kept all of its nearly $9 million in Aid to Publishers funding it got from the CPF for the 2016-17 cycle, despite dramatically cutting its print operations later that same year. Of the 16 publications for which Rogers received funding, the company sold off six, closed two, eliminated the print editions of four, and significantly reduced the print runs of four others.

Only those four remaining Rogers Media publications still producing print issues received grants for the 2017-18 cycle, because current Aid to Publishers rules require magazines to print hard-copy issues in order to qualify. However, as the newspaper industry pushes to expand and enlarge the CPF to include them, the Aid to Publishers program may be broadened to include digital-only publications when Heritage Minister Mélanie Joly changes the eligibility guidelines later this year.

Overall, Rogers Media received a total of $3,610,934 from the Canadian Heritage department in 2017, a 59% decrease from what it got for its then-16 publications in 2016. Heritage allocates $75 million annually to the CPF.

Then in the 2010-11 cycle, when Heritage Minister James Moore created the Canada Periodical Fund, the grant was raised to $1.5 million, the new cap. Shortly after, Maclean’s published a glowing profile, “James Moore: a new breed of Tory,” in which the author suggested that the Conservative MP was one of the “possible successors to Harper.”

In 2016, a few months before Maclean’s announced that it would be quartering its print production, it published a complimentary profile of the then-new Heritage minister, “The sunniest Liberal, Mélanie Joly.” Maclean’s largely stayed out of the media pile-on of Joly last fall, when she announced no new funding for newspapers and no new taxes and regulations for Netflix.

“My experience of working for news outlets owned by companies dependent on federal largesse (whether financial or regulatory) is that they are scared to death of editorial positions that might damage their relationships with government,” Ken Whyte, a former editor-in-chief of Maclean’s and later president of Rogers Publishing, explains in an email.

“You can talk all you want of church and state, but there is no wall high enough to keep those tempering influences from seeping from the business side into coverage.”

(Another tenuous political connection to Maclean’s has been conservative columnist Scott Gilmore, who is married to Liberal MP and Environment Minister Catherine McKenna. During the Conservative Party of Canada leadership race in early 2017, Gilmore wrote columns proposing a new, more centrist, federal conservative party and promoted a cross-country speaking tour he was carrying out on the subject. Maclean’s had another journalist cover the tour in an article that made no disclosure of his wife being the Liberal government’s Environment minister. In Gilmore’s own columns encouraging splitting the party in two, a small disclosure was appended to the bottom: “Scott Gilmore is a member of the Conservative Party, and married to a Liberal Cabinet member.” In an email, Gilmore says, “Tour was self-funded. Maclean’s only pays me for columns.”)

Whyte, who also recently sat on Joly’s Expert Advisory Group on the government’s new culture policy, believes Maclean’s should get as much CPF money as possible from the government. “It’s easily the most important magazine in the country.”

“If we’re being honest, yes, the product has deteriorated,” he says. “It’s less frequent, it’s relatively thinner, it has lost some significant talent. That said, the people there are doing great work keeping things going. I sure as hell wouldn’t have wanted to manage this decline.”

Rogers did not respond to CANADALAND’s inquiry asking what portion of Maclean’s overall operating budget is covered by the federal grant. The adjusted operating profit of the company’s media division (which also includes such properties as the Toronto Blue Jays) declined by 18% in 2017, partly as a result of “lower publishing-related revenue due to the strategic shift to digital media” announced in late 2016. Last February, Maclean’s laid off over a dozen employees.

“I don’t know what the revenues are now, but the grant is almost certainly the difference between making a little money and losing money and having to lay [more] people off,” explains Whyte.