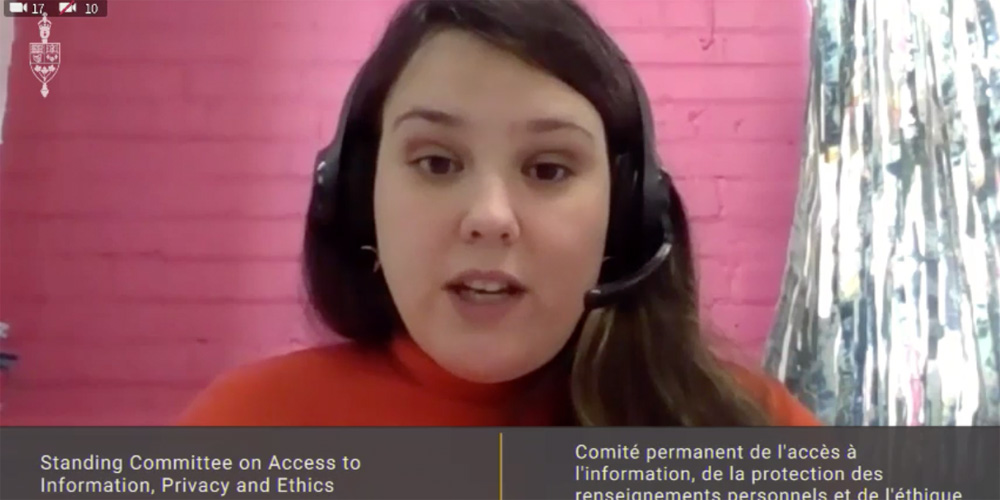 The committee’s study gradually expanded, and among those it heard from was the founder of the “Traffickinghub Movement,” which Kristof’s article had seen fit to mention — albeit without the crucial context that it was a campaign by far-right American Evangelicals who seek to abolish pornography and sex work altogether.

Last month, the committee released its report, with 14 recommendations — including ones that call for Canada to explore ways to hold online platforms liable for child sexual abuse or any non-consensual content, as well as to mandate that these sites require affirmations from everyone depicted in their content that they are 18 or older and consent to its distribution.

Sex workers, and the groups that advocate for them, were reluctantly given a forum at the committee, where they were met with open hostility and dismissiveness from some MPs. Sandra Wesley, the executive director of Montreal’s Stella, said that she first had her request to speak rejected, and when she was finally invited, her time was cut short.

So we invited her on the show to elaborate on how recent developments and proposals have put sex workers at greater risk, and to place the sudden “panic” in a larger context.

The following is a condensed and edited transcript of Jesse Brown’s conversation with Wesley.

You told Parliament that they were harming sex workers and that “any further repressive measures against sex workers will absolutely kill many of us.” Can you explain that?

The current hysteria around pornography — which is related to other panics around human trafficking and sexual exploitation of minors — comes from the same anti-sex-work movement that involves conservative, religious extremists who ultimately want to ban all sex outside of a Christian heterosexual marriage, and have found that targeting the sex industry is an effective way to get the public on board with some of the actions they want to take. And the other half of that movement is an offshoot of the feminist movement which has a desire to use criminal laws and police repression to eradicate sex work.

What they’re proposing now are all things that aim to eradicate the sex industry altogether. For one, we’d become poor. We’d become more precarious in our living and working conditions, and that creates a lot of opportunities for people to exploit us and to have bad working conditions, to experience various types of violence. Every violent person out there hears loud and clear the message from the government, which is “We hate sex workers, too, and we want to get rid of them.” And that gives them permission to target us and gives them a sense of impunity. It’s pretty rare that, when the government tries to take away our jobs, we just stop doing sex work. We just end up doing sex work in unsafe or bad working conditions.

In order to frame that article, we need to go back to the 60s and 70s, when a group of religious extremists in the United States founded an organization called Morality in Media. They were the people boycotting Disney, boycotting Madonna, boycotting everything that had any sort of sexual content. About five years ago, they rebranded to become the “National Center on Sexual Exploitation.” They realized by just looking at the media landscape that no one wants to hear about banning sexual education, but everyone wants to hear about horror stories that involve sex work.

Nicholas Kristof is a journalist with a history of exploiting sexual violence and of telling false stories of human trafficking.

“People who hate sex workers would like to see us all gone, and their objectives are not our safety.”

In terms of the specific concern, though, what is your position on what should happen when someone has a video on one of these websites and they’re having trouble getting it taken down?

Obviously, all websites that have any sort of user-generated content need to do a lot better at responding to inquiries from people that are using those websites. That means taking down videos that are uploaded without consent. It also means, for things like Facebook, when content is taken down, having someone to talk to to get it reinstated. There’s a big problem with these massive websites, that have huge amounts of data being uploaded by users, not having the customer-service capacity to respond quickly to all inquiries. And so we need that to be improved. I do not think that this is an improvement through legislation.

I think that there is no chance of anything positive ever coming out of a desire to eradicate the sex industry. People who hate sex workers would like to see us all gone, and their objectives are not our safety.

Top screencap of Sandra Wesley from her committee testimony on April 19.