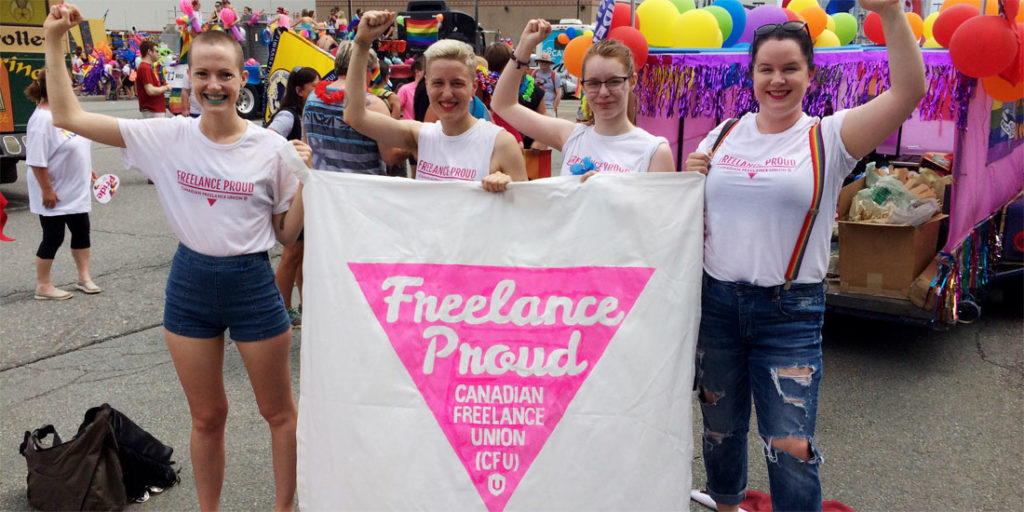 Canadian Media Is Getting A Bailout. Its Freelancers Aren’t.

Which part of journalism, the companies or the journalists, does the government really want to support?
Analysis By Kieran Delamont
Share

For one moment, let’s leave aside the internecine debates about what the so-called media bailout and its “independent panel of experts” might, could, or will do. The government’s plan, outlined in the 2019 budget, is much clearer on what it doesn’t do.

Incubating startups, supporting podcasts, and funding video-based journalism are all but ruled out, by virtue of not being “primarily engaged in the production of original written news content,” as the government’s funding criteria puts it. Through its exclusions, the Liberal government has articulated its technocratic vision of what the press’ business model ought to be — corporate, salaried, and government-qualified. Different corners of the industry may take umbrage with any one of these aspects, but at the confluence lies a long-time fixture of an independent press, one that arguably finds itself the furthest from government support: freelancers.

Freelancers may float between different sectors, and are generally difficult to track as a group, but they aren’t invisible; freelancers and self-employed gig workers make up a growing part of the news economy. While precise stats for the journalism field are hard to nail down, Intuit Canada predicts that 45 per cent of the entire Canadian workforce will be composed of self-employed freelancers by next year. And certainly, freelancers make up an important component of the Canadian press, filling the pages and column inches that the dwindling number of staff writers cannot.

The outline of the panel currently tasked with reviewing the government’s proposed criteria — which is still subject to change — makes no mention of freelancers, and provides no direct mechanisms through which their work might be supported. A cynical, though not absurd, interpretation would be that it ignores them uniquely, since a qualified journalism outlet must have a minimum of two journalists (in addition to the proprietor), nearly the smallest a business can be without being a form of self-employment. Instead it hooks the bailout I.V. directly into the debt-ridden veins of the country’s corporately-structured print publications, giving their readers a cool 15 per cent break on subscription costs and offering to pick up part of the tab for their journalists’ salaries.

But it’s not going to fund their fees for freelance commissions. None of the public money intended to support Canadian journalism is eligible to go to Canadian freelance journalists.

“A Qualified Canadian Journalism Outlet (QCJO) will not be entitled to claim a tax credit on payments made to contributors that are not employees of the QCJO,” confirms Marie-France Faucher, a spokesperson for the Department of Finance, in an email. (Through spokespeople, the ministers of Canadian Heritage and Finance both declined to be interviewed.) “It is a question of fact based upon the working relationship as a whole, whether an individual is an employee of the QCJO or considered to be self-employed.”

That’s a significant oversight, especially as buyouts and layoffs swell the freelancer ranks.

“That’s something I noticed in the media bailout. The language is that it excludes freelancers in a lot of ways,” says Nora Loreto, Quebec regional director of the Canadian Freelance Union (CFU), which is part of Unifor. (Loreto is also a freelance journalist and CANADALAND contributor.) “There’s been an increase in freelance contracts [in recent years], and you can see that with the supplemental features,” meaning opinion pieces, magazine pieces, and arts writing, all of which are now commonly written by freelancers.

One argument in favour of Unifor’s participation on the panel — a likely irresolvable debate — is that, through the CFU, it is the only organization on the panel that represents freelance journalists in their capacity as workers. The Canadian Media Guild also has a freelance union, but the CMG wasn’t invited to participate on the panel, even though they asked to be on it.

As a freelancer, the political debate over Unifor’s participation on the panel is a double-whammy. Not only is it the only specific form of representation on the panel for this sector of the press, but it’s also the participant that many seem to want to kick out.

It’s important to note that the CFU’s voice and power is only as strong as Unifor’s. Technically, the CFU does not have the same bargaining powers as other Unifor locals might, since the union is not a formal presence in the relationship between a freelancer and their clients. Freelance journalists are also represented by the Canadian Association of Journalists, which sits on the panel but which is a professional association, not a labour union. (However, because of the CFU’s community-chapter status, on paper the two offer similar benefits; the primary distinction would be in how Unifor would be able to leverage its more formal role in newsroom labour negotiations through its bargaining units.)

Even with Unifor’s participation, it’s not clear how freelancers will factor into the decisions made by the panel, which has been convened to “recommend eligibility criteria” for government funding. Unifor is a large union, of which freelancers are only a part. As Loreto points out, Unifor finds itself having to advocate for both staff workers and freelancers when determining how to disperse government funding.

It’s a tricky balancing act. “We’re into a really funny situation where we’re oftentimes actually defending jobs that our members don’t necessarily hold, and the reason why we do that is because when there are good paying jobs in a newsroom, that means it raises the rates and it raises what’s acceptable to pay people who are not working within that same organization,” says Loreto. “Any time someone is hired to do reporting as a freelancer instead of a staff reporter, it justifies lower costs and not needing to have a fully-staffed newsroom.”

Seeing freelancers this way — as workers caught in a liminal (if increasingly familiar) state between staff jobs and unemployment — might make funding solutions appear easier. With more money comes more jobs and, therefore, fewer freelancers. It’s a simple enough equation for a bureaucrat to digest.

Freelancers are a feature of a healthy press, not the effluence of a dying one.

But is that really a good thing? Freelancers are a feature of a healthy press, not the effluence of a dying one. Lots of freelance journalists choose to be freelancers, and plenty of them are able to make a living doing so; they serve as the most independent wing of an independent press, unmoored from and largely un-enamoured with the press’ more corporate and institutional considerations. It might stand to reason, then, that a media-support program might make some overture toward freelancers, one that goes beyond cash handouts to organizations which may hire them away from the freelance life.

Dan Rowe, coordinator of the bachelor’s journalism program at Toronto’s Humber College, argues that a journalism bailout should bail out the journalists, not the corporations by which they are employed. He says there has been less and less focus on the individuals who do the work of journalism, “the actual labour involved in producing journalism in whatever form. It’s just like, ‘Okay, we’re going to give you a whole bunch of money for labour costs.’”

The establishment of funding mechanisms for the media has longer-term implications, as it shapes the business models going forward. Judging by the way it would fund qualified outlets — be it through subsidizing labour costs or via the backdoor of offering a cool $150 in tax credits to readers who subscribe to the publications — the government wants to make it cheaper to do the journalism we already have.

Whether that is the best way to fund Canadian media’s future is a tricky question. “I always have to be really careful, because this isn’t is a critique of working journalists anywhere,” says Rowe. “But if we would imagine the best possible output of journalism in this country, we are certainly far below that. Again, through no fault of the working journalists, the fact that we have as much as we do is kind of a daily miracle on some level.”

Funding legacy outlets is obviously different than supporting journalism by encouraging more of it be done in more places. Directing funding towards expanding the breadth of coverage could offer an entry point to providing direct support to freelancers. In a February article for J-Source, Rowe pitched an alternative: “A reporter with a federally funded guaranteed journalism job, with no permanent attachments to a large established media company, could cover communities and stories that have never been properly covered by large media companies,” he wrote. “They would be well-placed to find the best way to share their work with the people interested in their journalism without the overwhelming need to sell subscriptions or ads or both.”

Curious about this alternative, I ask Rowe what this would look like in practice — and how a federally-funded journalism job would be any different from a casual gig at the CBC?

Rowe points out that it could be accomplished using existing grant channels. “Something that I think would have been useful would have been grants for longer-term projects for freelancers,” he says.

Those channels come with their own problems, of course; there are no shortage of complaints about the sometimes-arbitrary-seeming nature of grants, and the money isn’t limitless. But they can, and do, support good, vital work.

We can’t afford to lose freelance work in Canada. Many of the people most actively covering the far right are freelancers, and freelancers often bring a perspective to the page that entrenched staffers can’t.

They are a faction of the press that shouldn’t be ignored — freelance journalists are virtually as old as modern journalism itself — and yet the government’s media bailout makes no mention of them and does nothing to support their journalism. Whether or not to support freelance work, or to even consider it as part of the press that ought to be supported, gets to the heart of an important question for the future of media: what part of journalism, the companies or the journalists, does the government really want to support?

Kieran Delamont is a freelance writer and photographer living in Ottawa. You can see more of his work and reach him at www.kierandelamont.com.

Top photo, of members of the Canadian Freelance Union contingent at the 2016 Halifax Pride Parade, via the CFU.