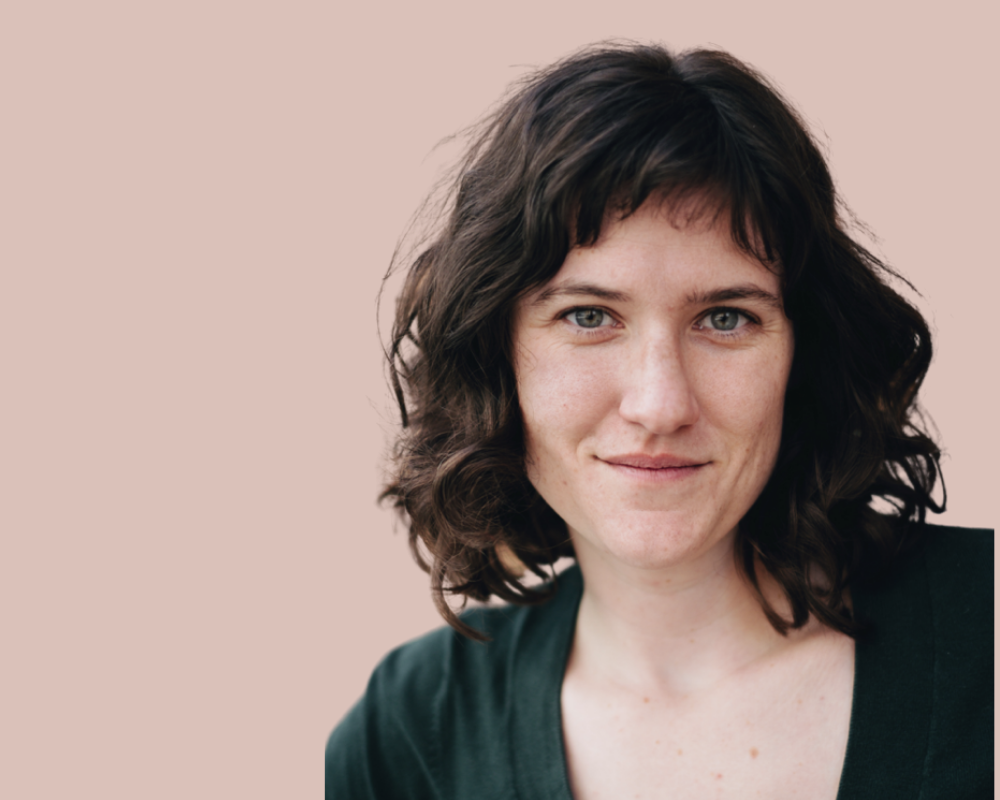 Nora Loreto on the Makings of a Right-Wing Swarm

“If only mainstream journalists took what happened to me after the Humboldt stuff seriously, we’d be better prepared to resist these fascist online tactics,” journalist Nora Loreto wrote on Twitter this week after People’s Party of Canada (PPC) leader Maxime Bernier tweeted out the email addresses of three reporters who had sent him media requests, encouraging his supporters to “tell them what you think of their disgusting smear jobs.”

Loreto became an infamous figure in the spring of 2018 after she tweeted about a large sum of money raised in the aftermath of a bus accident that killed 16 people from the Humboldt Broncos junior hockey team in Saskatchewan: “I’m trying to not get cynical about what is a totally devastating tragedy, but the maleness, the youthfulness, and the whiteness of the victims are, of course, playing a significant role.”

“I have always been confused by the fact that no one ever investigated what happened [to me afterwards] — how it happened, the role that politicians played in making the abuse worse, and why. It’s because I know many of them thought I deserved it!” Loreto continued in her thread this week.

She spoke to Canadaland from her home in Quebec City about her 2018 tweets and how the right-wing outrage machine targets and marginalizes journalists.

Loreto said the PPC followers’ response to Bernier’s call-out was familiar to her.

The reporters’ supposed “smear jobs”  were questions about the party’s anti-immigration platform and the fact it attracts neo-Nazis and white nationalists.

In case you’re wondering what your inbox looks like after Bernier tweets about you pic.twitter.com/qf6PpJWcBp

The Makings of A Right-Wing Twitterstorm

“I tweeted this and then nothing happened,” she says of her comment about the Humboldt fundraiser, which had raised more than $4 million at the time and eventually went on to bring in over 15 million dollars.

A couple of days later, a right-wing Twitter account told her she’d regret the tweet, she says, and “sure enough, the next morning I was in the dentist chair and my phone was exploding.”

During a meeting with a friend for lunch, Loreto showed her her phone. She estimates she was getting mentioned every eight seconds. Loreto watched as the tweet was sent around the conservative media world. Ontario Proud and Jason Kenney, leader of Alberta’s United Conservative Party, both weighed in. 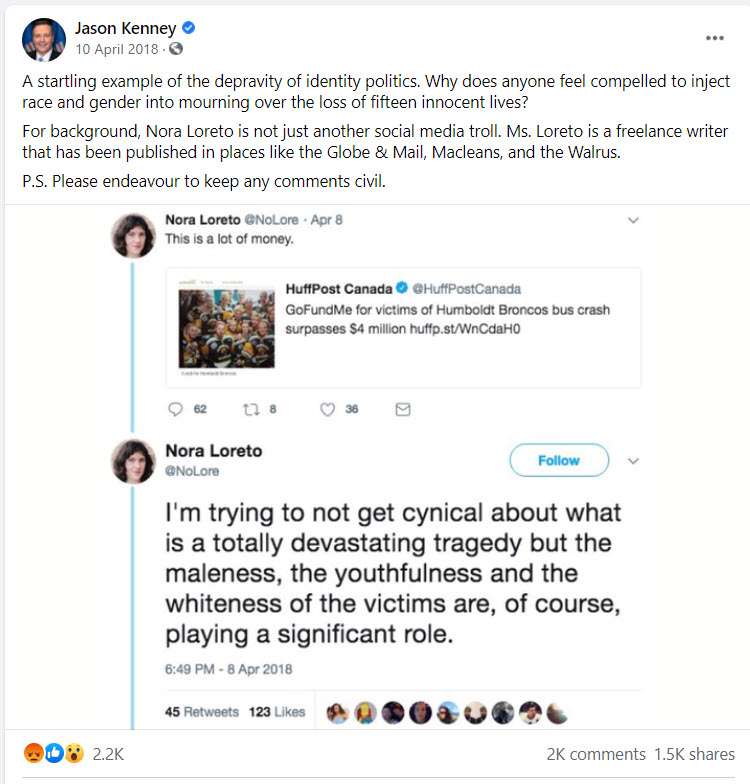 The campaign against her also involved a complaint to Quebec’s department of child protection services, which she later wrote about for The Washington Post.

As to how Loreto, someone who had a relatively modest Twitter following of a few thousand people, came to garner so much attention, Loreto says she “already had a target” on her back.

The previous year, The Rebel had gone after her, when she criticized their coverage of the Quebec City mosque shooting, in which they questioned whether the ‘“mainstream media” was telling the truth about it.

“I said that people needed to smash The Rebel’s cameras in response to them coming to Quebec City, trying to do a story on how the mosque shooting was a false flag,” says Loreto.

Her outspokenness on Canadian culture has also made her a subject of scorn.

“I am one of the few white writers in this country that will say something obvious and point out white supremacy. I am a freelancer, so I am really vulnerable to attack.”

To this day, she is never certain what media company may not be responding to her pitches because she is blacklisted. She was disavowed by Maclean’s as a freelance journalist. Since their 2019 sale by Rogers Media to St. Joseph Communications, she has been writing for them again.

During that time, Loreto says she never officially heard from Maclean’s. Most editors and people in management at other publications were similarly giving her the cold shoulder. “I heard from maybe one person who had a management position saying ‘Oh my God, what is going on is terrible.’”

“The only people who would have my back are those kinds of maverick ‘I will defend to the death your right to say what I disagree with’ fake-Voltaire-quote people,” says Loreto. “One of the first people to call me was Jonathan Kay.”

Kay, an editor at Quillette, called with an invitation to be a guest on his podcast, but Loreto, who is not a Kay fan, turned him down.

Loreto believes that mainstream media is coming to the defense of these journalists partly due to the fact that they see Maxime Bernier as a threat to the establishment.

“The recent denunciations around Maxime Bernier show that things are shifting…They are shifting so that media companies are realizing they can’t stay silent when they attacked from the far, far right.”

She sees this as performative and not necessarily as an investment in standing against bigotry and hatred. By comparison, she points out that similar tactics by people who are viewed as more mainstream still go unchallenged.

Top Photo: Adapted from the Original