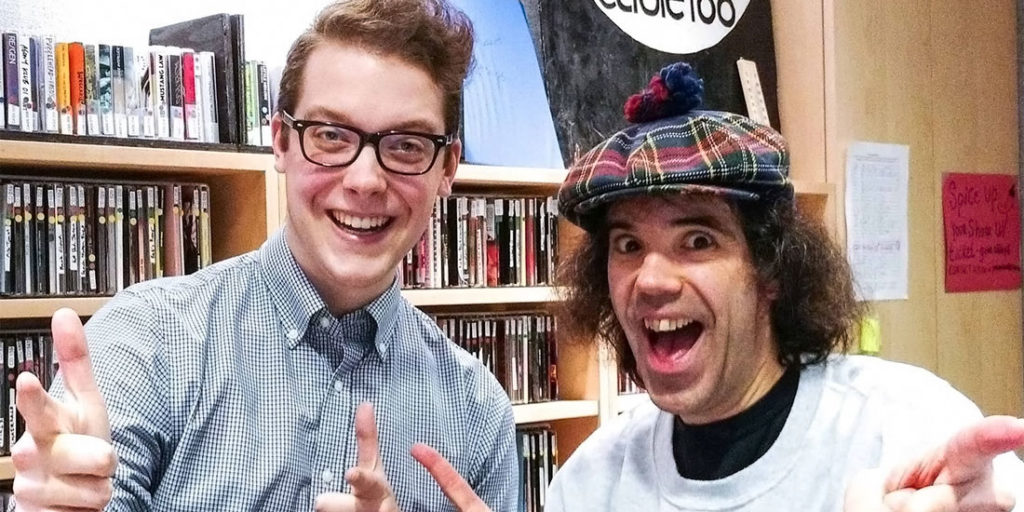 An Optimist’s Guide To Starting Out In Canadian Journalism

Remarkably, it can still be possible to find space for yourself in this dwindling industry
Opinion By Jack Hauen
Share

Jack Hauen is a 23-year-old reporter covering breaking news for the Toronto Star and freelancing. He has previously worked at The Globe and Mail, National Post, and CBC.

Starting out in this industry is hard. Journalism school is expensive, jobs are drying up, and the competition is fierce.

But journalism isn’t a zero-sum game. There aren’t a set number of slots that, once filled, exclude anyone else from becoming a journalist. As a mentor once told me when I was bemoaning the state of the industry, “People will always want stories to be told.”

I’m not an expert. But after a few internships, a stint at the CBC, and a lot of luck, I am now — finally — supporting myself with a career in journalism. So are a slew of other young, talented journalists, like the National Observer’s Fatima Syed, 26, and StarMetro Edmonton’s Nadine Yousif, 22, who shared their experiences with me for this piece.

The main thing you need before entering the Real World of Journalism is experience. And while joining your student newspaper might feel a bit like joining a cult, it’s hands-down the best place to build a portfolio.

Write as prolifically and on as many different topics as you can, and you’ll eventually find one that speaks to you — and start getting scoops. One upside of the shrinkage in the industry is that most newsrooms don’t have the resources to watch universities very closely, meaning that attending an open board meeting or two can be all you need to land an exclusive.

Another option — and these are not mutually exclusive — is journalism school. I didn’t go, but many young journalists find the structured practice and mentorship invaluable for building reporting skills. Syed says that after her time writing for University of Toronto student papers The Varsity and The Mike, she applied to nine journalism jobs, and Ryerson’s J-school as a backup. She got nine rejection letters, and one acceptance — to Ryerson.

Now a successful investigative reporter, she says her time in J-school opened doors she wouldn’t have been able to open on her own. More than practice and theory, J-school can offer mentorship, practical work experience, and networking — all crucial parts of gaining a real foothold in the industry.

Getting the first break

There aren’t very many journalism internships in Canada, which means the ones that do exist are ultra-competitive. Folks in J-school have a leg up, as newsroom placements are usually part of the curriculum. The big ones, though — like the full-time summer reporting jobs at The Globe and Mail — you’ll have to get on your own.

Of course, if you’re not in J-school, you can still try to clumsily force your way into a newsroom that officially reserves its internships for people who are studying journalism. After a few rejections from internships like the Globe‘s, I summoned all my walk-up-to-the-manager-and-plant-a-firm-handshake energy and emailed the news director of CBC Vancouver. I told him that he should give me a shot because my experience running UBC’s student paper made me more experienced and skilled than any second-year J-school student. It worked.

After my mentor who worked at the CBC put in a good word, I landed a gig rewriting morning radio interviews as afternoon web stories. It was a simple job, but it let me put that beautiful red logo on my resume. More importantly, I now had a few contacts who could assure editors that I could write and wasn’t a liability.

For some, the debut on Canadian journalism’s national stage is far harsher. Syed says her “turning point” came as she was working at the Ryerson Review of Journalism (RRJ) when the magazine published “The Unbearable Whiteness of Canadian Columnists,” a viral piece that outlined the lack of diversity among voices published in Canadian media.

Even though she had nothing to do with the article, Toronto Sun columnist Tarek Fatah declared her a “fake Saudi” on Twitter — part of a slew of hate directed at the RRJ and Syed.

The experience was jarring — “You know in those horror movies when your breathing really slows down?” — but it got Syed thinking. It wasn’t long before she spearheaded “Why Diversity,” a massive multimedia project for the RRJ that interviewed editors across the country on diversity in media.

The project was important for many reasons. But it also got Syed noticed — she followed her term at the RRJ with a Walrus Fellowship, then the year-long Toronto Star reporting internship (RIP), then a full-time job at the Observer.

Playing to your strengths

Remember that old Concerned Children’s Advertisers commercial — “Nobody’s good at everything. But everybody’s good at something!”? It’s good advice. While you shouldn’t stress early on about finding “your thing” (as my Globe and Mail editor told me: no, you shouldn’t have a beat yet, you’re a child), it’s good to sit down and figure out what makes you special — and employable.

Yousif capitalized on her ability to speak Arabic during her first internship, at the Telegraph-Journal in New Brunswick — one of the most popular Canadian landing spots for Syrian refugees — and wrote some key stories that she credits with propelling her to a summer job at the Globe.

“I found myself being the only person in the newsroom that was able to speak Arabic at a time when people really wanted to get stories about Syrian refugees,” she says.

But in the unbearably white newsrooms of Canada, standing out can also mean getting pigeonholed. Yousif says she’s often “put forward to do more human interest stories” — which she loves — but at the same time, she says, “my interests are multi-faceted. I can do city hall, I can do provincial politics.”

A way to get around having a tough conversation with your editor about feeling trapped, Yousif says, was to simply pitch more.

“I think as a young journalist, there is expectation on you to be a team player and to embrace every assignment that is given to you, and you should absolutely do that,” she says. “But a good way to sneak in work that you want to do is by constantly showing initiative and pitching. You’ll get turned down a lot, so expect rejection, but the key is to keep trying and not to let it get you down.”

Getting on the other side of the mic

When you get a job interview, be prepared to answer almost as many questions about the outlet you’re applying for as you will about yourself. Every editor will ask you which of their outlet’s stories you enjoyed, and why you would be a good fit for that particular publication. This is a fun and delicate game. Editors know you’ve applied to 100 outlets, but they want you to pretend that you only have eyes for theirs — meaning if you’re interviewing for the Toronto Star, National Post, and Globe and Mail, you should have three different answers to the question, “Why should we hire you?”

Case in point: in 2017, I was rejected by the National Post’s internship program because my pitches were hot garbage. But when I emailed the editor to ask what I could do better, he decided to take a chance and interview me anyway, because my cover letter showed “voice.” (The Post likes “voice.”) I studied like hell for the interview and got that job, which made it much easier to land The Globe and Mail’s summer internship the next year.

Fortunately, there’s nothing journalists love more than talking about themselves (see: this article), so as soon as you can, take a look through the internal address book to see who you’d like to get coffee with.

When she arrived at the Star for her internship, Syed says she was initially a little starstruck by all the big names she was working alongside — Michelle Shephard, Robert Cribb, Nicholas Keung, Wendy Gillis, Jayme Poisson — but soon decided to make the most of it.

“Well, you’re here,” she thought, “so why aren’t you talking to these people and learning from them, and asking to work with them?”

Almost everyone is happy to grab a coffee, Syed says, because “they were once you, and they know exactly what it was like.”

Before long, Syed was working with heavyweights like Poisson on huge stories like the deaths of Barry and Honey Sherman.

When the Globe’s John Ibbitson visited UBC for an article, he reached out to the head of the student paper at the time (me) to see if we could chat about what we were covering. Not only did we have a lovely discussion, but it also gave me a friendly face — and someone who’d put in a good word — at the Globe.

This was obviously a huge fluke, but it’s the kind of thing that happens from time to time if you’re at a student paper. And if you find out that a major publication is poking around your campus, there’s no reason you can’t reach out to see if they’d like the inside scoop.

At first glance, the hell site can be confusing and intimidating. (What is “binch”? What is it to be “corncobbed”?) But it’s also a good place to develop a casual voice, share your work, and interact with blue checkmarks you don’t rub shoulders with IRL.

Just remember: 1) everyone is online all the time, and 2) old tweets — and likes, and retweets — don’t go away. It’s fun to tell a prominent columnist that his bad take is bad, but until you’re fairly established, the risk of editors seeing you as a liability could very well outweigh the chance that editors will be taken by your wit. This is especially true if you hope to work in a newsroom that prides itself on the notion of journalistic objectivity, like The Globe and Mail, which spends a good part of orientation telling its summer staffers to refrain from dunking on anyone online. Again, this is where support networks come in handy — DMs with trusted friends can be very useful for blowing off steam.

Taking care of your brain

Even after you’ve landed a full-time job and published multiple front-page stories, impostor syndrome “never leaves,” Syed says. Add that to the slew of other stresses that come with the job — deadlines, fact-checking, libel-suit threats, angry readers, etc. — and the importance of self-care becomes too hard to ignore.

Syed and Yousif (and I) agree that one of the best ways to release pent-up frustration and reassure yourself that you’re in the right industry is a strong support network. A group of friends you can rant to, cry at, and bounce ideas off of is worth its weight in gold.

“On the days I feel the lowest, my friends, my colleagues, my mentors, I can message them about it and they’ll hear my rants — and I rant a lot — and they’ll be like, ‘Can you please shut up? You’re doing great,'” Syed says.

That kindness is often extended by strangers in the industry as well, Syed says. When she and HuffPost’s Queen’s Park reporter, Emma Paling, tweeted a selfie on the Ontario legislature’s last scheduled sitting day of 2018 “to celebrate the fact that we survived,” the outpouring of support was massive.

3 months ago, these 2 20-something journalists started working @ Queen's Park on the day Doug Ford invoked the notwithstanding clause, not knowing what it even was.

We were overwhelmed & terrified. We didn't ask any questions during scrums.

Look at us now. pic.twitter.com/0sV7Z6kieX

“The industry’s actually very supportive, because [everyone has] been there. They know exactly what it feels like.”