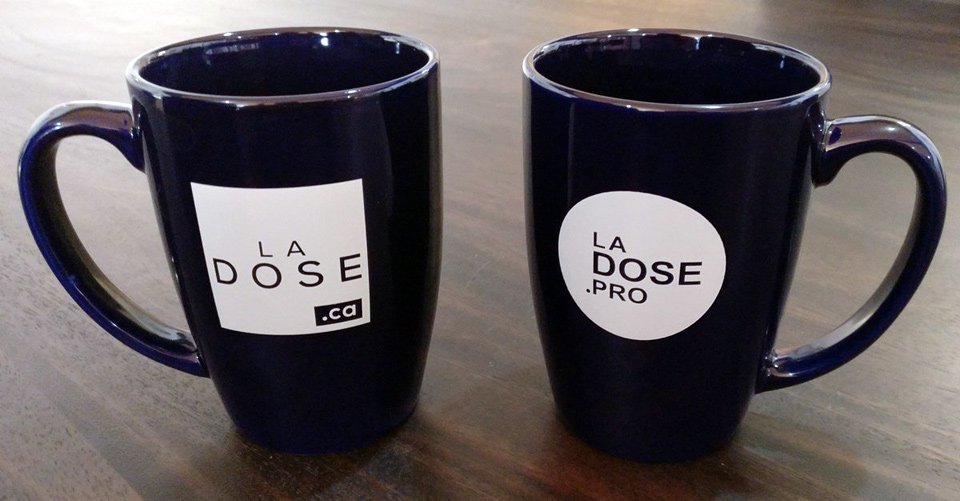 La DOSE is being sued for copyright infringement by a trio of newspapers, in a case that could set a legal precedent for how much of an article can be aggregated.
Article By Robert Hiltz
Share

A Quebec news aggregator has shut down following a court injunction that blocked it from using content from three major newspapers in the province, after a judge found it appeared to be infringing on their copyright. The injunction is part of a larger case that could set a precedent for news aggregators across the country.

Last month, a Superior Court of Quebec judge ruled there was sufficient evidence the website La DOSE may have been violating the copyright of three French-language newspapers — La Presse, La Soleil, and Le Devoir — by posting excerpts from their news stories.

The judge agreed with the newspapers that the headline and opening paragraph of a news story are important enough, and give enough information, that they constitute a “significant” part of an article.

The publisher of La DOSE, Maxime Couture, said in a July 31 statement on Facebook the injunction forced him to close down his website until the case is sorted out. The next day, he told Le Devoir being unable to run stories from the three papers made it impossible to keep the site open. “It’s like asking a baker to make cakes without water, flour, and eggs.”

The injunction is only temporary and will expire when the full case has been argued and ruled on. The legal threshold for proving an apparent copyright violation was lower for the injunction application than it will be for the full trial.

Couture said in his statement he plans to file an appeal. Reached by CANADALAND by email, he explained he was unsure of when that might happen but declined to comment further on the case.

The injunction itself doesn’t have the legal force to set a precedent, but the eventual case could have far-reaching consequences, according to one copyright expert. Pierre-Emmanuel Moyse, the director of McGill University’s Centre for Intellectual Property Policy, says there is little case law in Canada dealing with copyright in the digital-media era.

“It’s quite thin in Canada. It will be interesting to see whether, beyond the questions of reproduction….whether linking, as it is used by aggregators, will be captured by Canadian law,” Moyse says.

The case will help to clear up some of the ambiguities of laws conceived in the era of the printing press, when the physical reproduction of content was at stake. Copyright, Moyse says, was designed for a world where the internet and digital media were well beyond imagination, never mind legislation. “It will probably have a chilling effect on aggregators. To what extent it will stop entrepreneurs [from investing] in new models, I’m not too sure.”

La DOSE is a daily digest of political news in Quebec. It’s a model similar to that of National Newswatch or Loonie Politics* but for a French-language audience. It has two sites: the main public site, ladose.ca, and a subscription site behind a paywall, ladose.pro. Both are regularly updated with headlines and links to notable political stories of the moment.

The pro version requires a subscription and is sold as a media-monitoring service. In addition to the linked headlines, it also gives the first paragraph of each story — often known as the “lede” — as well as the name of the author and the news outlet where it was published.

Suing alongside the newspapers is CEDROM-SNi, a company that holds the copyrights to reproduce the content of the three papers for the purpose of media monitoring as well as library archives. La DOSE Pro is its direct competitor.

At issue in the case is how much of a news story a third party can publish before it infringes on a publisher’s copyright. Lawyers for the newspapers argued the importance of headlines and ledes makes them more valuable than the bulk of a story.

A date for the full trial has not yet been set.

As evidence La DOSE was hurting their businesses, CEDROM and the newspapers told the court very few people clicked through links on the pro website back to the three newspapers. The president of CEDROM, François Arid, says in an interview this was key. “If it’s an important part of the story, obviously there won’t be any [clicks] back to the article, and that’s what was happening with such services,” he said.

Judge François P. Duprat agreed with this. In his ruling, Duprat wrote the low rates of people clicking through from La DOSE links strongly suggested they weren’t doing so because they already had the important information and didn’t need anything further. This was enough for him to order La DOSE to stop using any of the papers’ content on its website until the copyright lawsuit is completed.

You can read the whole ruling in French here.

“The problem is, in which way are you [using the stories], and are you doing it for a commercial purpose?” Arid says. “Are you making money out of it, and are you preventing the rights owners from getting any value from it? That was the problem with La DOSE.”

Couture wrote in his statement that he’d offered to pay a per-click fee until a final ruling was made but that CEDROM had declined. Arid says his company never received any such offer in recent months.

“A year and a half ago when we approached them, they mentioned that they wanted to pay per click. The system on the table at that time was not that. Everybody else was paying a licence that was based on other variables,” Arid says. “But we never got any proposal, certainly not in the last months when we were discussing things in court.”

Either way, with the injunction in place, Couture is forbidden from using stories from permanent employees of the three newspapers.

What about some of the other aggregators outside of the province? Arid says because his company deals primarily in Quebec, they’ve come into almost no contact with any of them and couldn’t comment on what effect the ruling might have for them. But he does say the argument for the importance of ledes and headlines could set a legal precedent.

Moyse agrees. The professor says the case could go a long way to setting the course for digital media in Canada.

“The larger picture is, what society do we want to live in? It’s a more philosophical question, not so much a legal one,” Moyse says. “To what extent are we accepting models, if we are too lenient, that are drying up creation?”

*DISCLOSURE: I write a column every two weeks for Loonie Politics, and they pay me for it. The site has a hard paywall for all of its original news and commentary, including mine, but the aggregation part of the site is free. It doesn’t sell media-monitoring services.