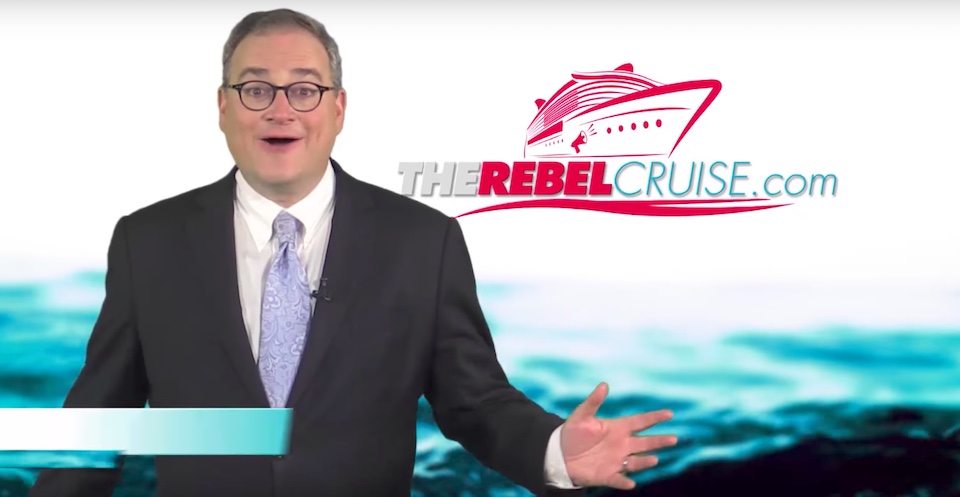 The Rebel Cruise Has Been Cancelled

The cruise featuring Faith Goldy, Gavin McInnes, and others had been booked for November.
News Brief By Jonathan Goldsbie
Share

UK-based anti-extremism charity HOPE not hate has claimed victory in its campaign to get Norwegian Cruise Lines to cancel the upcoming Rebel Cruise that was scheduled to depart from Miami on November 12.

“We recently became aware that one of several affinity groups that booked space on an upcoming sailing was associated with and espoused views that are inconsistent with Norwegian Cruise Line Holdings core values,” read a statement from Norwegian posted to HOPE not hate’s site Thursday morning. “The company has therefore exercised its right to cancel this group’s reservation and provide a full refund. As a matter of policy, the company neither discusses nor discloses the identities of our individual guests or groups.”

The group had previously claimed credit for getting Patreon to cancel the account of former Rebel star Lauren Southern.

The annual event — termed the “Hate Boat” by Frank Magazine — includes a program of Rebel and Rebel-adjacent speakers over the course of several days. This year’s week-long cruise in the Western Caribbean, priced between $1,464 to $2,075 per person, remains advertised as featuring Rebel personalities Gavin McInnes, Faith Goldy, David Menzies, and Sheila Gunn Reid, alongside founder Ezra Levant and occasional guest Raheel Raza.

On Thursday afternoon, The Rebel’s travel agent, Carolyn Robinson, confirmed to CANADALAND that the cruise had been cancelled, and referred further questions to Norwegian. Shortly after, the official website was updated with a message at the top:

Norwegian Cruise Line has told our travel agency that they are cancelling our entire cruise.

If you have booked a ticket, please contact the travel agency for further instructions.

The cruise line did not return messages Tuesday and Wednesday.

When asked on Wednesday whether the cruise would be taking place as planned, Levant replied in an email: “I think your website should be renamed RebelLand.com. Or EzraDerangementSyndrome.com.”

As of press time, neither domain had been registered.

Rebel Without a Cruise. https://t.co/Bw1YvFKQv2

Updated on Thursday, August 17, at 1:47 p.m. to include confirmation from Robinson, and again at 3:29 to add the official cancellation notice.