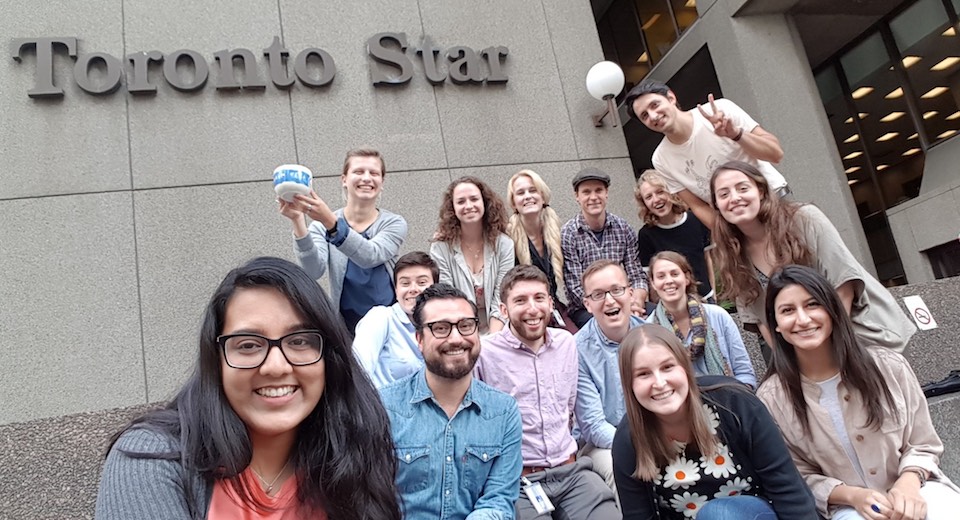 The Toronto Star has indefinitely suspended its core internship programs, as part of a list of new cost-cutting measures announced Monday.

“We have suspended the summer and year-long internship programs in the face of continued declines in advertising revenues, which have affected most news organizations in Canada and across North America,” Star spokesperson Bob Hepburn writes in an email. “We are taking these steps without affecting the employment of full-time Star journalists.”

The paper, whose general-assignment desk is primarily staffed by a workforce of intern reporters, will allow those currently enrolled in the year-long program to finish out their term through September but does not intend to hire a successive group. The paper also plans to cease hiring for its summer internship program, despite having called for new applicants as recently as December.

“Our sincere hope is to be able to resume hiring for these programs when it is economically feasible,” Hepburn writes, adding that they “will continue to hire journalism students to work in the Star’s radio room” (the 24-hour desk monitoring breaking news). According to Hepburn, the paper has traditionally hired 10 interns for each of the summer and year-long programs.

Per a memo sent to employees by the Star‘s union executive, options being considered to make up the lost staff on the breaking-news desk “range from permanent ‘reassignments’ to rotating 10 or so reporters through the department on a three-month basis.” Unit chair Melissa Andrews did not respond to requests for comment.

Asked how the Star intends to redistribute its resources to continue covering general-assignment news, Hepburn writes, “We will be putting plans into place to maintain the Star‘s tradition of editorial excellence.”

Many of the country’s most prominent journalists, including the Star‘s chief investigative reporter, Kevin Donovan, and The Globe and Mail‘s Robyn Doolittle, started at the Star as interns.

Additional cuts announced Monday include the elimination of most travel in the sports and entertainment departments, a 30-per-cent reduction in freelance spending, and ending reimbursements for periodical subscriptions.

The union plans to meet with its members on Thursday to discuss the “painful cuts.”