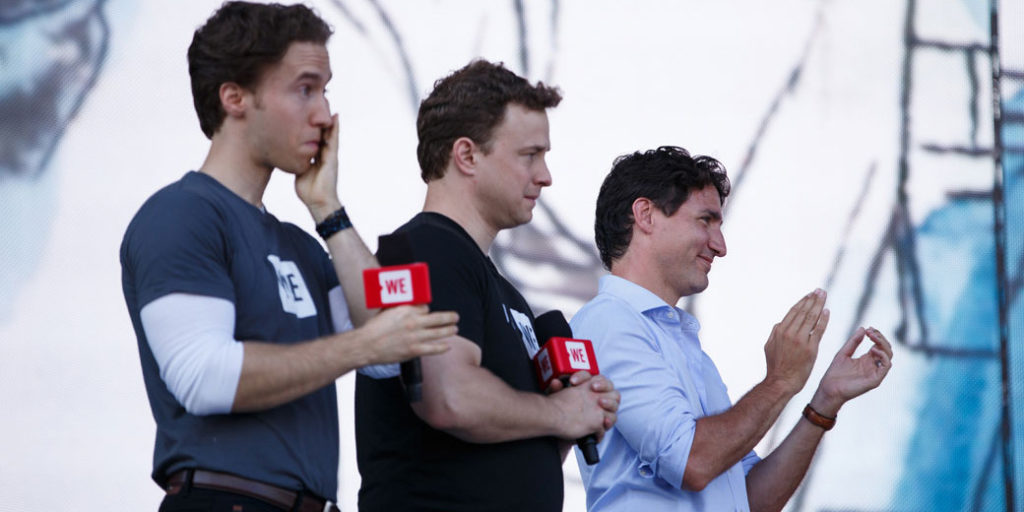 Following a summer of controversy over its operations, practises, and government relationships, WE Charity said on Wednesday that it will be bringing its Canadian activities and presence to an end.

“It is with great sadness that WE Charity and its Board of Directors announce they are winding down the organization’s operations in Canada,” WE stated in a news release. “The organization will be selling its assets to establish an endowment fund to sustain the charity’s existing international humanitarian programs and digitize its Canadian educational resources for long-term access.”

The news was shared with staff at an afternoon meeting prior to an official 5:00 p.m. announcement, to be followed later in the evening by a pre-recorded interview between CTV National News anchor Lisa LaFlamme and WE co-founders Craig and Marc Kielburger.

It will mark the pair’s first interview with media since news broke in late June concerning a $912 million contract to administer a student-volunteer program on behalf of the federal government. The sole-sourced arrangement prompted questions about WE’s connections to the families of Prime Minister Justin Trudeau and then Finance Minister Bill Morneau, who are now facing separate ethics investigations for their failure to recuse themselves from the decision to award the contract. Question for both WE and the government have persisted, putting increased public, media, and opposition scrutiny on their respective operations.

EXCLUSIVE: sources tell Canadaland that #WECharity Canada is shutting down, will sell off all assets including the Global Learning Centre and other real estate. Management says this is to pay off millions in bank debt and continue funding international development.

“COVID-19 significantly disrupted WE Charity programming. The fallout from the Canada Student Service Grant has placed the charity in the middle of political battles and misinformation that a charity is ill-equipped to fight. As a result, the financial math for the charity’s future is clear,” the organization said.

In a recent interview with Maclean’s, the executive director of ME to WE — the charity’s for-profit sister company — cited COVID as the main cause of its own difficulties.

“It’s questionable whether ME to WE will survive,” Russ McLeod told the magazine, in a lengthy feature published online just as news about the charity was breaking. “If the pandemic didn’t hit, we would survive everything related to the government-program problems.”

In a statement quietly posted to WE’s site in late August, the organization appeared to offer a farewell message, expressing appreciation for the staff, partners, and educators with whom it had worked since being established by the Kielburgers as Kids Can Free the Children in the mid-1990s.

A new statement about the history of WE Charity was added to its website over the weekend (https://t.co/K20eGyBINW), concluding with this paragraph: pic.twitter.com/x0FGtb8y5f

“And of course, we are most grateful to all of you who supported our dream of making doing good, doable, for 25 years,” it concluded.

Photo of Craig and Marc Kielburger with Prime Minister Justin Trudeau at the WE Day Canada on Parliament Hill on July 2, 2017, by the PMO’s Adam Scotti.