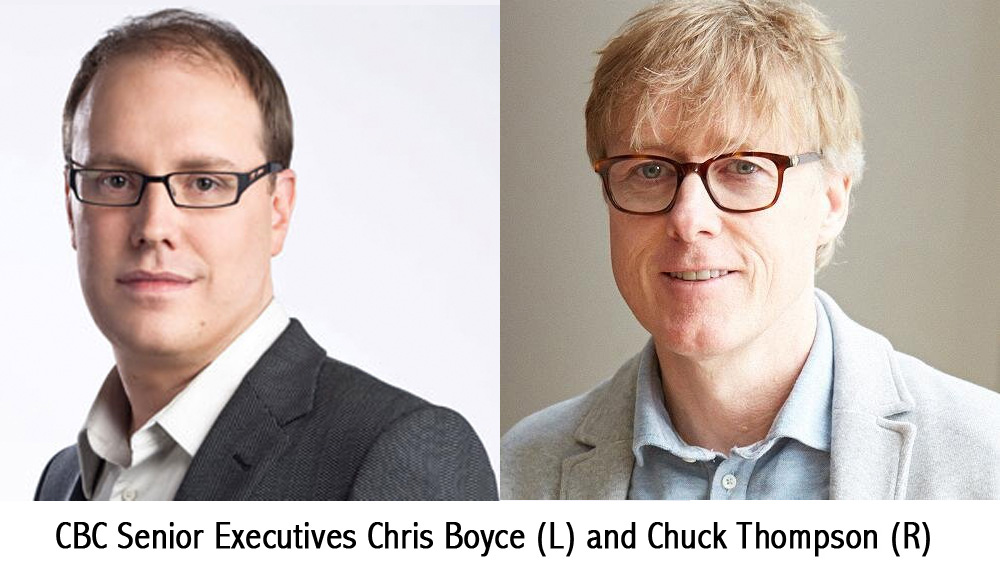 What Management Knew about Jian (pt.1) 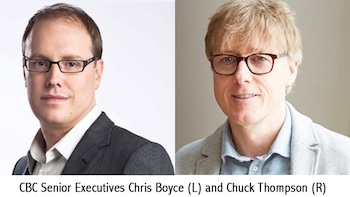 FULL DISCLOSURE: I never worked directly for Chris Boyce at the CBC, but during my 2nd stint he was my boss’ boss.

Boyce, who runs CBC Radio, and Thompson, Head of Public Affairs, dropped by to give the Q team some guidance for handling media inquiries about the Jian Ghomeshi scandal.

Boyce and Thompson quickly made it clear to the Q staff that though they could talk to the press about Ghomeshi and the CBC’s handling of him, they really didn’t have to.

“Feel free to walk away from microphones if you don’t have anything to say,” Boyce told the team. “And remember, you can still refer press inquiries to Chuck”.

Some left the meeting feeling that an implicit warning from management had been anxiously conveyed.

That Friday night, a fevered volley of emails between the Q team resulted in a decision by some that the time had come to tell the real story.

Shuffling a staffer who knew

On March 27th, 2014, Jian Ghomeshi was with members of the Q team in Winnipeg to pre-tape the Juno Awards. He seemed especially nervous and agitated. Shortly before showtime, Ghomeshi pulled Q producers Sean Foley and Brian Coulton aside for a private chat.

What he told them next came as a shock.

Ghomeshi confided that he was in terrible trouble. He explained that he liked rough sex, and that a vengeful ex-girlfriend was plotting to expose him to the press.

Later, Q staff would realize that Ghomeshi was rehearsing the story he would soon present to Chris Boyce and Chuck Thompson.

The news rattled Sean Foley badly. In the days and weeks ahead, he had trouble writing Jian’s essays, and couldn’t look the host in the eye. Ultimately, a colleague advised him to tell management what Jian had said.

Foley did so. In a meeting with a senior CBC executive, he recounted the host’s confession.

He also conveyed the fact that knowing what he knew about Ghomeshi made it difficult for him to do his job.

Management’s response was to transfer Foley to As it Happens, where he now works.

The Q staffers’ decision to talk to the press was not solely instigated by Boyce and Thompson’s visit. The final straw was the aggressive press tour last week by top CBC English boss Heather Conway.

Conway, speaking for the CBC brass, angrily contested any suggestion that executives knew anything more than rumours about Ghomeshi before April. And even after the spring, when Ghomeshi came forth to deliver Boyce and Thompson his “alternative lifestyle/jilted ex” defence, Conway and her team took pains to “assure themselves” that this was completely a matter of Ghomeshi’s personal life, one which never affected the workplace. “This wasn’t a story about the CBC,” Conway told Carol Off on Friday’s As it Happens, “it was a story about his private sex life”

Q staffers knew this to be false, and they knew that management knew it was false. Ghomeshi made it his CBC staff’s business when he imposed his alibi on Foley and Coulton. It became a workplace problem for Foley, one which management was happy to sweep under the rug by transferring him.

Other comments by Conway further upset the Q team. Whereas just weeks ago CBC management was trusting Ghomeshi and his account completely, even drafting up pre-emptive press releases in case the supposed jilted ex was successful in exposing him, now Conway denounced Jian as “egomaniacal” and “tyrannical.” She agreed that the Q work atmosphere was “toxic,” a fact that the Q team had tried and failed to convey to management years ago.

A Q staffer described this as Conway “circling her wagons” on behalf of senior management. The Q team was now the cancerous tumour on an otherwise healthy and happy CBC and their executive producer was being isolated by Conway as having “badly mishandled” a sole complaint against Ghomeshi in 2010.

Furthermore, the mandate for 3rd party investigator Janice Rubin singles out the Q team as targets for her investigation, but makes no mention of management whatsoever.

It now felt clear to certain Q staffers: they were being set up.