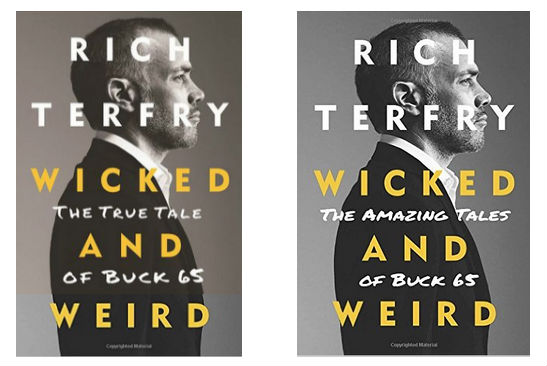 The change was made by his publisher after last April, when Terfry posted a cryptic, quickly deleted confession to Facebook, in which he apologized for manipulating and lying to “good people.” 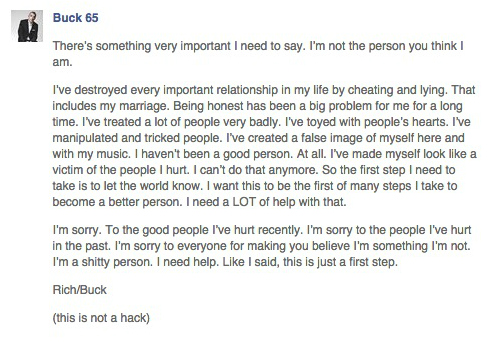 Releasing a book about himself that’s full of fabrications is an odd move for a guy who has just repented for “creating a false image of [him]self” and lying to the world about who he is.
Terfry’s editor, Lynn Henry, admitted to The Globe and Mail last weekend that she has no idea which parts of the book are true, estimating that 40% of it is fictional. Yet Terfry himself keeps asserting that the book is to be (sort of) believed.
He told the Globe that “the weirdest, craziest things that have happened in my life – those are the true stories.” His book is currently being sold on Amazon as a memoir and a “true story.” He says in promotional interviews that each story in the book contains “a kernel of truth.”
So what about the chapter where Terfry spends almost two months in a Russian jail after a jilted female journalist falsely accuses him of assault – is that part true?
Because if it is, in whole or in part, it might be a good idea to get the woman’s side of the story.
Doing so is not possible, because “Olesya Isinbayeva,” the name Terfry gives his accuser in the book, doesn’t seem to match anyone from real life. If she’s based on a real person, Terfry’s not giving up that person’s name. Outside of promotional interviews, he’s not saying anything.
Rich Terfry won’t tell CANADALAND if he made it all up or if he was in fact accused of assaulting a woman. Attempts to reach him directly, through his management and through his editor have all gone unanswered.
Here’s what he has put out there:
The Book Version
You can read the chapter in full here, but to summarize the story as Terfry tells it in Wicked and Weird:
While visiting Moscow on tour as a rapper, Terfry writes that he was approached by three “huge and terrifying strangers” who basically kidnapped him off the street. They secreted him away to a jailhouse where he was strip-searched and thrown into a tiny shit-stained cell.
He writes that he lost track of the days as he was repeatedly interrogated in Russian and beaten savagely by an “evil spirit[ed]” cell-mate who looked like musician Toots Hibbert, and by his guards.
Terfry writes:

“I offered no resistance; instead, I became a supplicant for death.” 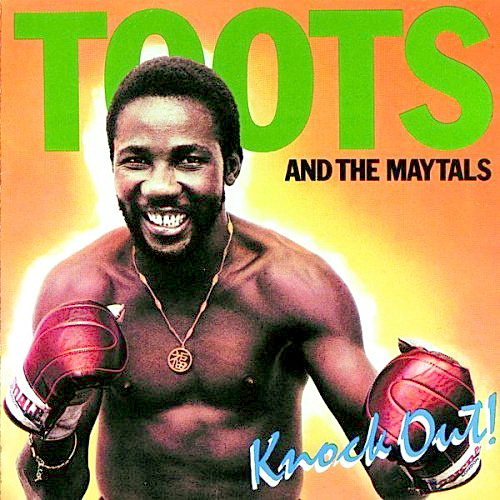 Days pass, Terfry hallucinates, and finally he is summoned for what he is told will be a “confrontation” with his accuser. This turns out to be one “Olesya Isinbayeva,” a Russian journalist he had met for a moment at the Glastonbury music festival in Scotland England three years earlier, where he was too tired to give her the long interview she wanted. He promised to do so by phone, but forgot to.
Terfry writes:

Olesya Isinbayeva, it turned out, had had expectations far beyond an interview when she had given me her phone number at Glastonbury. When I didn’t call, she made numerous attempts to contact me, without success. She interpreted my inaccessibility as a personal rejection. Eventually, her feelings of affection toward me turned to bitterness. That hurt stewed in her imagination for years. When she heard I was scheduled to visit Moscow, she saw an opportunity for revenge. She called the police and reported that I had assaulted her. That’s when the police had waited for me outside the venue where I was performing and arrested me.

Olesya screams at him, he writes, and as she does his police interrogator “bec[ame] certain of my innocence.”
As Terfry tells it:

During the shouting match, he had asked her why she thought I should be kept in jail. “Because he never called me!” was her answer. And that’s when I was finally judged free to go.

Finally, Terfry is offered the chance to have the woman who falsely accused him of assault jailed. Jesus-like, he demurs:

I was being invited to be the evil one who would decide that someone else’s life was over. I couldn’t do it. I told my tormentor to let Olesya Isinbayeva go, to let her get on with her life. And with that, I was led without ceremony off the premises and into the afternoon sun.

The story sure does have the whiff of bullshit about it.
If Russian police were willing to jail Terfry for almost 2 months based on an unsubstantiated accusation, why not charge him?
Why repeatedly interrogate him in Russian, a language he clearly could not speak?
Why didn’t his girlfriend at the time, Claire Berest, or his managers alert the Canadian consulate about his disappearance? (Berest has also declined to answer CANADALAND’s questions.)
Finally, to believe his story we have to also believe in Terfry’s “woman scorned,” a person who formed a crazy obsession with him based on a fleeting encounter, who years later sought to destroy him for not returning her deranged affections.
On the other hand, to believe that it’s all fictional, we would need to believe that Terfry would fabricate from whole-cloth a scenario where he was accused of assault.
There is a third possibility: as Terfry is telling the press, every story in the book has a “kernel of truth” at its core. What is the truth at the core of this disturbing story?
And if Terfry ends up claiming that he made it all up: should we believe him?
jesse@canadalandshow.com
Share
Latest Stories