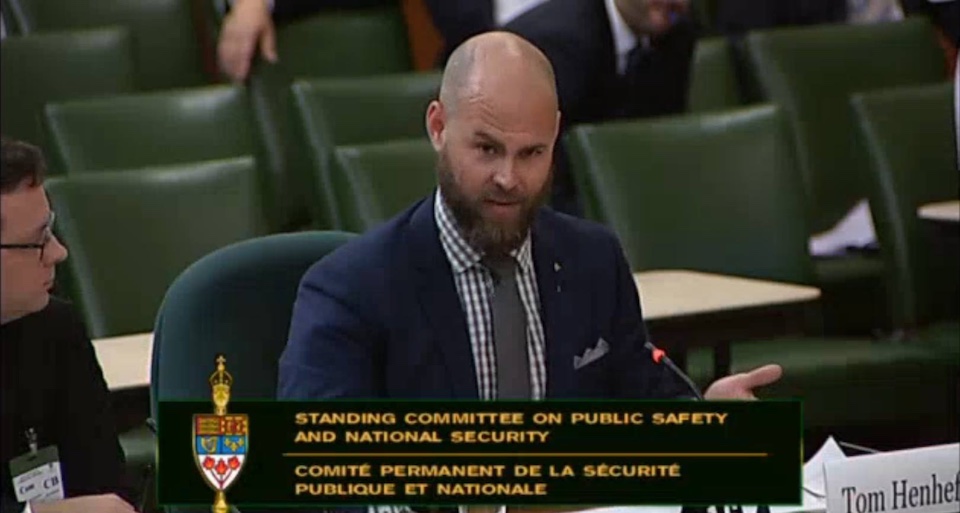 Canada Is About To Get A Press-Shield Law

It would protect confidential sources but also define who is and isn't a journalist.
News Brief By Evan Balgord
Share

Canada’s first press-shield bill is on the verge of becoming law.

On Monday, Bill S-231, the Journalistic Sources Protection Act, was passed with amendments by the House of Commons Standing Committee on Public Safety and National Security. It now goes back to the House as a report before a final vote.

Bill S-231 originated in the Senate, where it was unanimously adopted in April. Now moving through the House of Commons, it’s found support from both opposition parties and the Liberal government. As reported by iPolitics, the legislation may be rushed through this week before the House rises for the summer. Otherwise, it’ll likely be passed in the fall term.

The bill protects the information given to career journalists by confidential sources and also protects the identities of those sources. Currently, journalists and media organizations have to prove to a court why materials require protection. This bill would reverse the onus and require law enforcement agencies to demonstrate that obtaining a court order for a journalist’s materials is a last recourse and that the public interest in an investigation outweighs the public interest in protecting source confidentiality.

In a written brief to the Senate and House committees, the Canadian Association of Chiefs of Police outlined their opposition to the bill, maintaining that “the burden of persuasion lies on the media . . . [and S-231] should not reverse the onus of proof.”

The bill would also make it so that only superior court judges could issue production orders and warrants against journalists. Under S-231, judges would have the choice to hear from a special lawyer who could make arguments on behalf of a journalist without tipping off the journalist that they may be spied on.

As we previously reported, police organizations had a hand in crafting the definition of a journalist reflected in the current version of the bill. The original definition was too broad, they argued, and would make it too difficult for officers to determine what constitutes a media outlet. The Canadian Media Coalition, represented in part by Jennifer McGuire, general manager and editor-in-chief of CBC News, also supports a more restrictive definition, in line with that used for accreditation by legislative press galleries.

In order to receive unanimous consent in the Senate, the definition of a journalist was limited to persons whose main occupation is journalism.

“The bill has a narrow definition of who can legally call themselves a journalist,” Tom Henheffer, executive director of Canadian Journalists for Free Expression (CJFE), told the Public Safety committee. “You have suggested that definition can be eventually widened to reflect the emergence of newer practitioners of journalism such as bloggers and to include the many journalists who would not list the craft as their ‘main occupation’ — such as student journalists and freelancers. They also deserve to be covered under this law. Many journalists now are freelancers. They’re not getting paid for this as their primary job. A lot of journalists get 60 or 75 per cent of their income from writing technical manuals, or writing speeches, or doing things like that — and the rest of their journalism is a passion project.”

Henheffer pointed out that small media organizations — like CANADALAND — rely on freelancers and that freelance reporters like myself also need to be able to protect our sources.

NDP MP Matthew Dubé moved an amendment to broaden the definition of a journalist under the legislation, but it didn’t pass.

Henheffer also had concerns with the legislation’s definition of a confidential source. Under S-231, only anonymous sources would be protected. Confidential materials from other sources wouldn’t be.

“The deficiencies in this definition are demonstrated by the ongoing case of Ben Makuch of Vice News,” said Henheffer. “Makuch is currently seeking leave to appeal to the Supreme Court a court order to turn over his communications with his source to the RCMP . . . [S-231] will provide no protection in the context of the Ben Makuch situation because although the source refused to disclose his identity, he did not conform to the strict definition of a ‘confidential source’ as defined in this bill.”

Despite its shortcomings, Henheffer wanted Bill S-231 to be passed quickly. So did Dubé, who pointed out that the United States and United Kingdom have had similar press-shield legislation for a long time.