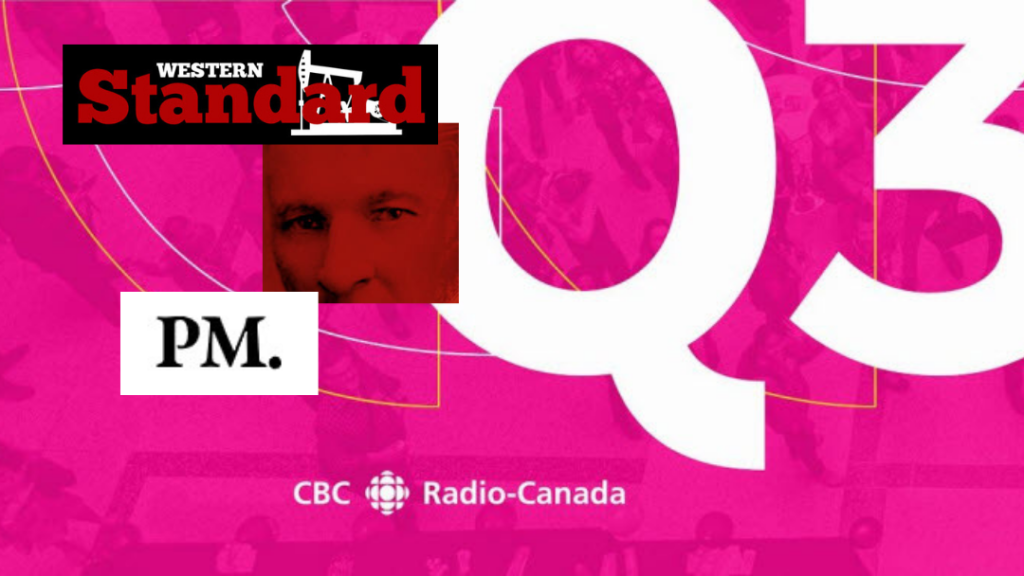 Turns out a pandemic is bad for business!
Analysis By Danielle Paradis
Share

The CBC was once again declared overpaid and useless on conservative media this week, with headlines in the Western Standard, True North, and The Post Millennial respectively proclaiming “‘Immense pressure’ on CBC cash flow despite government bailouts and staff cuts”; “Trudeau government claims the CBC is under immense financial pressure”; and “CBC still under ‘immense’ financial pressure despite BILLIONS in taxpayer funding.”

All three were picking up on a story by the paywalled Blacklock’s Reporter, which was based on an April briefing note they obtained from the Department of Canadian Heritage. Canadaland was not able to obtain a copy of the document before press time. But the full passage, as per the Standard: “The Covid-19 pandemic and the challenges of covering it put immense pressure on CBC’s workforce, operations, finances, and systems. The postponement of the Tokyo 2020 Olympics also put additional pressure on its cash flow.”

That a once-in-a-century pandemic would test a broadcaster’s workforce, operations, finances, and systems — and that the deferral of one of its biggest programming events would affect its bottom line — is perhaps not surprising. Bell Media, which owns CTV, was “impacted materially” by a Covid-induced reduction in advertiser spending, “as well as the related impacts on major league sports and other live TV events,” according to its parent company’s annual report. Corus Entertainment, which owns Global, used similar language in its annual report as well.

Canadaland reached out to the CBC for comment on the article. Spokesperson Chuck Thompson said it isn’t the CBC’s place to comment on a memo from Canadian Heritage.

He adds that their most recent annual report was submitted to the minister on June 30th. This is required by the Broadcasting Act. Once the report is tabled in the House of Commons, it will be published on the CBC’s corporate website.

According to its most recently published quarterly report, there has been a decrease in revenue. The Q3 report covering October–December last year indicated a 3.5% reduction for the quarter.

Despite declining revenue, the 2020 reports show an overall increased viewership, set above the CBC’s performance metrics. In contrast to The Post Millennial’s assertion that only 28% of Canadians value CBC Radio, the third-quarter report from the CBC shows that 78% of Canadians use the website, CBC/Radio-Canada, or some other CBC service. They also reported 6.1 million unique visitors to the Radio-Canada website for the April–December 2020 period.

The CBC has massive reach in a country of 37.5 million people, especially online. They report a monthly average of 24 million unique visitors to their digital services.