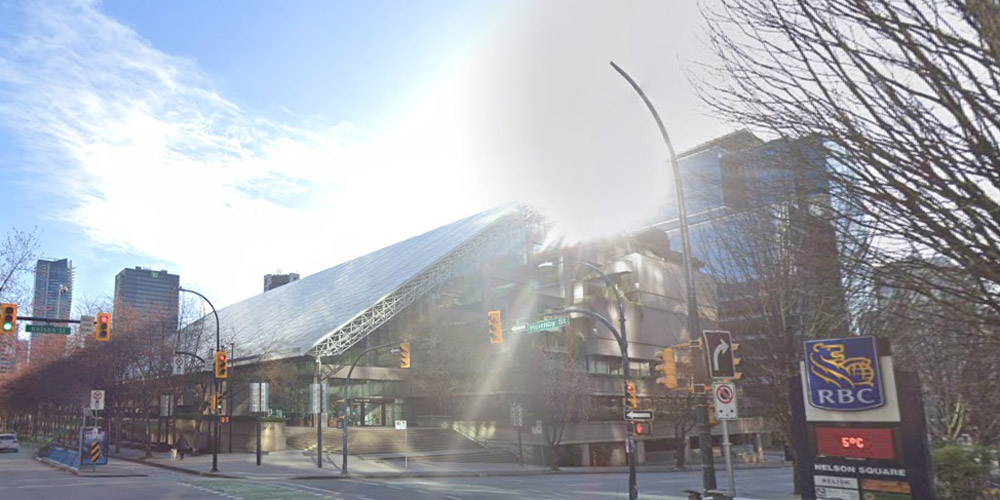 How anti-SLAPP laws work in Canada

In 2016, Steven Galloway lost his job as a professor of creative writing at the University of British Columbia after a former student alleged he’d sexually assaulted and harassed her — claims he very much denied. In an investigative report commissioned by the university, retired justice Mary Ellen Boyd found that, on the available evidence and a balance of probabilities, she was unable to determine that an assault had occurred. She did, however, deem the claims of sexual harassment to be credible.

Two and a half years later, Galloway sued the former student and 24 other individuals, alleging each had, in one forum or another, recklessly repeated the accusations against him. Some were students, some were professors, some had made comments on Twitter; one wrote a review of an art installation that the original accuser, whose name is protected by a publication ban, had mounted in the U.S. (and over which she herself was sued).

Twelve of the defendants applied for the claims to be dismissed under BC’s Protection of Public Participation Act (PPPA), the province’s anti-SLAPP legislation. SLAPPs (strategic lawsuits against public participation) are defamation actions that are less about seeking redress for reputational harm than weaponizing litigation to enmesh defendants in a legal process and discourage further critical comments. Crucially, however, when a suit gets dismissed under the PPPA (or Ontario’s equivalent legislation), that does not in itself mean the suit was a SLAPP — simply that, in the court’s view, it didn’t pass the legal tests required to proceed.

And all of those conclusions are subject to appeal.

On this week’s CANADALAND, reporter Cherise Seucharan untangles the ruling, its implications, and what it all says about anti-SLAPP laws in Canada:

Among those Cherise spoke to for the show was Hilary Young, a law professor at the University of New Brunswick and expert in defamation law. This is an edited and condensed version of their conversation, exploring how Ontario and British Columbia’s anti-SLAPP laws — introduced in 2015 and 2019, respectively — have been working out in practice:

How does anti-SLAPP legislation work?

These laws are meant to try to get lawsuits shut down at an early stage, when there’s a real public interest in the speech that the litigation is about and the potential harms to the person being discussed don’t outweigh the public benefit of having the litigation shut down.

There’s an initial question, which is, “Is the speech on a matter of public interest?” That’s really about the subject matter, not whether what was said was valid or correct or justifiable. And it’s a pretty low threshold that most anti-SLAPP motions pass.

Then we get into a much more difficult question of the merits — “If this were to proceed to a trial, would it be likely to succeed?” That’s a very hard question to answer at this stage, because the whole point is to do this without a trial, without all the evidence that you would want at a trial. And so courts are very careful to try to not do too much prejudging of how a case would come out in the end. But the law does require the courts to at least look at the merits.

When someone is trying to have a suit dismissed as a SLAPP, what sort of evidence do they need to bring?

The first thing that the person bringing the motion has to prove is that the relevant speech is on a matter of public interest. And I don’t think you’d need much evidence of that. It would be based on argument and precedent.

The onus then shifts to the plaintiff to raise quite a bit of evidence about the merits of their case. The parties state their versions of the facts and have those sworn as affidavits. The idea is to make this quicker, cheaper, faster, easier than a trial. But because so much is at stake, there is in fact quite a bit of evidence. And there’s cross-examinations on the affidavits as well, so it can end up being quite expensive and take a lot of time.

Might the judgment in the Galloway case have a chilling effect on sexual-assault survivors or advocates?

I think that’s definitely a potential consequence. I think if you are a survivor of sexual violence and you see someone else speaking out, whether rightly or wrongly, and getting sued in response, there’s no doubt that can have a chilling effect. And I I think we should all be troubled by that. The question is, what’s the alternative?

What do you mean by that?

The flip side is, does that mean that we don’t allow defamation actions against people who allege sexual assault? And if so, that’s problematic in its own way, right? Because we have laws that allow people to try to justify and protect their reputations.

If the anti-SLAPP motions had succeeded in this case, that might be a tool for survivors of sexual violence to help them to speak out, because they would know that while they might still be sued, they would have this anti-SLAPP protection that could help limit the negative effects of that. In this case, that isn’t what happened; the court felt that the allegations needed to be resolved at trial.

Do these laws protect people from the harms of defamation, even when it’s speech that could be argued to be in the public interest?

Many of us had very high hopes for these anti-SLAPP laws. They are well-intentioned, and they make a lot of sense in theory, and I think they work well for certain kinds of cases. But we are now starting to see some really negative effects of them, some unintended consequences. These include just prolonging a case. Whenever a motion is brought, and it’s unsuccessful, that adds to the cost, that adds to the length of time it ultimately takes to resolve these matters. And so there’s that risk.

It also changes the strategy of defamation litigation, generally. It’s now not just whether a person was defamed or not, it’s also about whether the defendant will bring an anti-SLAPP motion. This factors into what you have to think about when you decide whether to bring a defamation action in the first place.

I think these laws can work very well in certain kinds of cases, particularly where the lawsuit is just clearly not a good one. And we see a lot of that in defamation, particularly. We have a lot of self-represented litigants, people who are litigating out of anger and frustration, rather than because they’ve thought through the law carefully.

But I think these allegations of sexual assault are a really good example of where these laws probably work less well. Where the allegations are so serious, you’re probably less likely to have an anti-SLAPP motion succeed. My research hasn’t shown that yet; that’s just an intuition I have. But I think that’s what comes through in the Galloway case.

So the seriousness of the accusation matters?

Yeah. And to give examples of where SLAPP laws work well: if you write a bad review of a product or criticize a politician during an election campaign, those are the sorts of circumstances where a person is just expected to kind of put up with that kind of speech, you know, to participate either in selling widgets or in democracy. And obviously, the devil’s in the details — I’m not saying you couldn’t ever have a sufficiently serious allegation about a product or something. But I think the more serious and credible an accusation, the less likely an anti-SLAPP motion is going to work, because courts will want to preserve a person’s ability to respond to those accusations.

Is there a way that anti-SLAPP laws could protect people from defamation, while also preventing this sort of chilling effect on speech?

I mean, anti-SLAPP is meant to prevent a chilling effect on speech, right? It’s meant to encourage speech. And as I’ve said, I think it does that to a certain extent.

But it’s a really difficult balance: you’re trying to determine whether to end a defamation action without knowing the merits of the case. And so whenever you do that, you risk denying someone their ability to defend their reputations, and that’s not something the courts will do readily.

I don’t actually know how to fix this. I actually think that part of the solution is to make some changes to defamation law itself. So, for example, I don’t think corporations should be allowed to sue for defamation. I think that would overall be justified, but that doesn’t seem to be in the cards. I made that proposal to the Law Commission of Ontario, and it didn’t get taken up in their defamation-reform policy.

How else could defamation law be improved?

One thing that would help in cases like this is to take a much more contextual approach. It doesn’t require changing the law. It just means you look at a communication, whether it be an art exhibit or a tweet, and ask, “Did that actually affect someone’s reputation?” And if it didn’t, then it shouldn’t be subject to defamation law. I know it’s not technically the test, but that’s what defamation cares about and that’s what we should care about.

Defamation law reflects a Victorian era of newspaper publishers as defendants and public figures as plaintiffs. It really doesn’t do a great job with this world we live in now, where everyone publishes all the time to the world instantaneously.

In a statement to CANADALAND, Galloway says in part:

I am not suing A.B. [the former student whose name is protected by a publication ban] for using the university reporting process; I am suing her for deliberately circumventing it. Justice Adair’s ruling affirms this. Nor am I suing the other defendants for their personal beliefs, for talking about sexual assault, or for advocating for legitimate victims of sexual assault. In each instance, the defendants made factual statements which carry the meaning that I committed rape. Justice Adair’s ruling also affirms this. These meritless SLAPP motions have now delayed my ability to get to trial and clear my name by almost three years. Legislation that can be used to compromise access to justice to this degree needs to be reconsidered.

I did not sexually assault A.B., and at trial I will prove it.…There is a vast difference between making a report of sexual assault to a responsible party or body and what the facts show has happened in this case. The argument that this lawsuit will deter survivors from seeking justice [as some defendants have contended] is both false and self-serving.