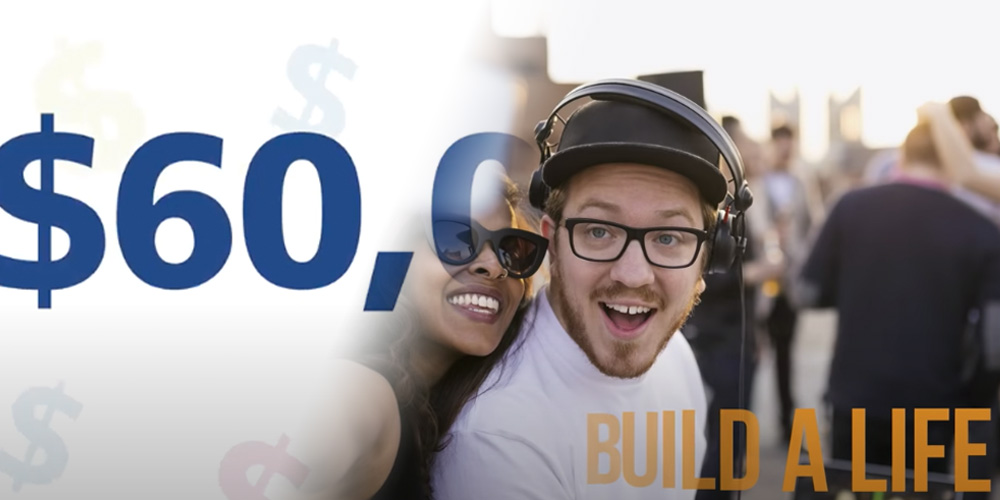 Statistics Canada recently estimated that, had the pandemic not occurred, tuition from international students would have accounted for 21% of all revenues coming into Ontario universities for the 2020–21 school year. Funding from the provincial government would have made up just 23%.

But of course the pandemic did happen. And in February, Laurentian University in Sudbury, Ontario, declared insolvency in part due to its impact on international enrolment. One of the school’s pre-pandemic recruitment ads had pitched international scholarships as one might a reverse mortgage, with floating dollar signs and a voiceover which proclaimed, “That’s right: $60,000 towards your university degree.”

Laurentian was in some ways just the canary in the nickel mine — the most acute example of a nationwide trend in postsecondary education, with institutions becoming increasingly reliant on international students, whose tuition is generally unregulated, averaging four times that of domestic students.

On this week’s CANADALAND, producer Damilola Onime looks at a system in which schools and governments have endless incentives to attract international learners but few to support their success once they’re here:

Damilola, herself a recently graduated international student, speaks to others who came here with the hope of eventually acquiring citizenship. Many found themselves in precarious financial situations due to the combination of high tuition and legal restrictions on their ability to work.

Here are some edited excerpts of what they had to say:

“Sometimes I have to take a cash advance from my credit account. Sometimes I have to borrow money from my friends, sometimes from my employer. Sometimes I even used to do two or three jobs at the same time. And that’s how I managed to pay all the tuition fees. In two years, I paid almost $32,000 Canadian to Seneca. And that amount of money, you know, like where does that come from? I had very limited resources back home in India.”
— Jinsh Rayaroth, who came to Canada to attend Toronto’s Seneca College, following years as a nurse in India

“I was having financial issues. And that was the only reason why I took a break from school. But then I couldn’t work at all. So I was making zero dollars. I mean, nothing could go towards the school fees, nothing towards my rent. So it just felt like I was alone at this point. I couldn’t do anything to help myself. I definitely am not putting the onus on the school, in the sense of, you know, they should have given me like a handout or anything. Yes, we do pay way more. But I think the biggest thing for me is it almost seems like we’re just there to give them our money. It doesn’t feel like we’re part of the… We’re coming here to school, we’re spending our money here, we should feel some sort of welcome and that you are actually willing to invest in us as well. You hear that we’re having issues. Every day there are a lot of international students who are now dealing with this. It would be nice to feel more than like a cash cow.”
— Azeezat Ishola, who came to Canada from Nigeria to attend the University of Toronto

“Typically, if you’re a Canadian medical student, you can get a line of credit for up to, like, $350,000 from the bank. That’s not something that’s available for non-Canadian citizens or non-permanent residents. So I was talking to banks, I was asking around, applying for scholarships, applying for grants — the few that were available to international students. I wasn’t successful in raising that amount. Financial resources for international students are very, very slim. It doesn’t matter even if you’re top of your class, the scholarships that would be available to you are just so limited. My Canadian and permanent-resident classmates have access to a number of bursaries, grants, financial aid, scholarships, and loans. Almost every time I see a scholarship, the first thing I look for is to see if I’m eligible. Because even if you’re asking for community work or my grades to be high, even if I have all of those, usually the drawback is the colour of my passport.”
— Noroh Dakim, third-year medical student at the University of Toronto

“Canada is promoting aggregators — these large companies which have established connections with schools and will sublet their recruitment contracts to as many as 4,000 different agents on the ground. None of these agents have a real connection with the college at all, but they have access to that recruitment-fund flow. None of the schools even know who these people are, have met them, or can control their messaging whatsoever to the student. So I think you’ve got a lot of people involved in this business that absolutely should not be. Generally speaking, none of these people have even been to Canada in the first place. They have no idea how the labour market here functions, what is in demand, what does it need. And they’re providing really bad guidance and advice on those points. The policy totally empowers education agents across the board to connect to schools for commissions. And it empowers colleges and Canadian-designated learning institutions to do massive recruitment, without even knowing who’s recruiting for them, let alone be responsible in any way.”
— Earl Blaney, licensed immigration consultant and education agent

“By having temporary status, landlords, employers, and schools are able to take advantage of and exploit us. So justice here would mean that all migrants who come in the future, including current and former international students, would get permanent immigration status on arrival. And everybody who is already here would get permanent-resident status.”
— Sarom Rho, organizer with Migrant Students United, part of the Migrant Workers Alliance for Change

And she also obtained a statement from the University of Toronto:

“U of T has been conducting international student recruitment for more than 20 years. U of T staff lead direct-entry recruitment; the university does not contract with third-party recruitment agents or agencies. Our 30-plus trained recruitment staff, including two staff based in China and India, conduct international outreach to promote U of T and its programs to prospective students.…Tuition fees at U of T are determined in accordance with the provincial government’s Tuition Framework, the University’s Tuition Fees Policy, and the Statement of Commitment Regarding International Students. Tuition fee increases cover increases in costs. U of T receives no provincial or other funding support for international students; the higher tuition helps cover the cost of providing their education. This is true at U of T and all other universities. We have also significantly increased the number of scholarships available to international students and plan to increase more in the future, as well as build a more robust student aid system for international students at U of T. Any student experiencing financial pressures, or feels that they have not had full access to financial aid they are eligible for, should contact the relevant University financial counselling services as soon as possible — these are listed on our website.”
— University of Toronto spokesperson