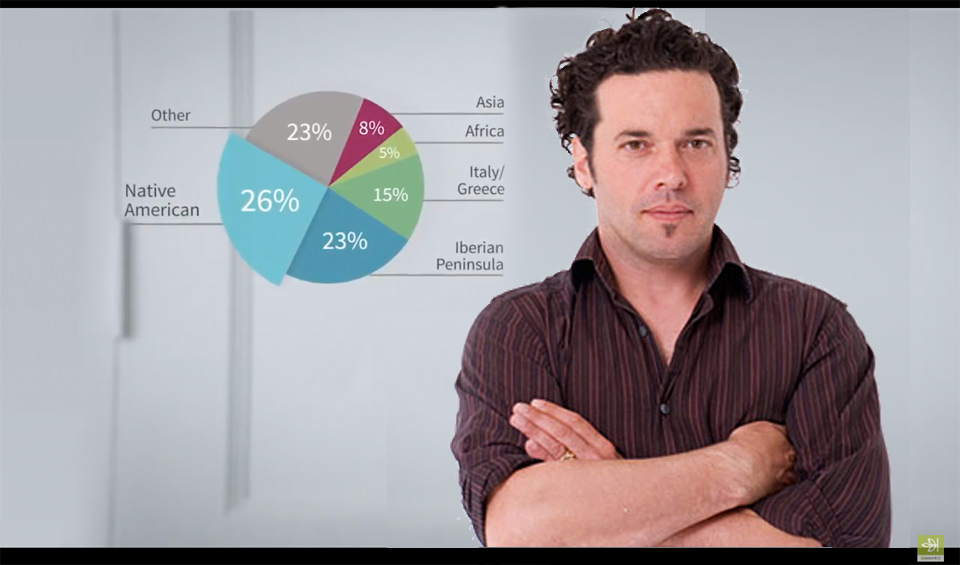 To be First Nations, you must first belong to a nation.
Opinion By Robert Jago
Share

In anticipation of a fall book tour for his new novel, Seven Matches, Joseph Boyden is back in the pages of Maclean’s magazine with an article restating his claim of First Nations ancestry, and anchoring that in the results of a DNA test.

Boyden’s ancestry first came into question late last year when I, along with APTN and a number of other Indigenous activists, questioned Boyden’s right to speak on our behalf. We looked at his shifting claims of ancestry — covered here on CANADALAND — and his misuse of basic First Nations concepts like being “two-spirit,” and we presented the questions to the public for them to decide.

In his 4,000-word Maclean’s piece, “My name is Joseph Boyden,” Boyden presents several cases for his First Nations bona fides. The article is presented as being addressed to Indigenous critics — but the enthusiastic support of a dwindling number of media figures, like “Appropriation Prize” ring-leader Ken Whyte, perhaps reveals the real intended audience: white Canadians looking for an excuse to turn the page on this controversy and take Boyden back as the leading voice of Indigenous Canada.

him as a fantastic writer, a thoughtful spokesman for Indigenous rights and causes, and a damn great canadian #cdnpoli #cdnmedia

There are many Indigenous people who hope he fails at this effort, and a Twitter backlash quickly followed the publishing of his article:

I am Native, Dakota & Lakota. Joseph Boyden does not speak for me, my family or my people. He is not Native. https://t.co/ai6GhbuA1A

Métis don’t need people like @josephboyden claiming to be Métis. We deal with enough misunderstanding from Non-Métis about who we r already https://t.co/NzAvwampWo

You buy @josephboyden books or his garbage articles you don’t support Indigenous artists or folks at all. You support another colonial lie.

Boyden’s claims to Indigenous ancestry are hard to pin down, and that’s because he doesn’t adhere to any widely accepted Indigenous concept of belonging.

I can understand how this explanation can be convincing to people who have not engaged on Indigenous issues, but for those who have, it sounds like nonsense.

The term “First Nations” is a noun phrase made up of an adjective and a noun — one, “First,” modifies the other, “Nations.” But the key word there is “Nations.” First Nations people, Indigenous people, come from specific and separate nations. We are Cree and Mohawk and Haida and all the rest. Collectively, Cree and Salish and Tlingit people are known as “Indigenous,” but there is no person in Canada who is Indigenous without first having a national identity.

Joseph Boyden, however, claims to be that person.

In his piece, he says that he is family to people in the following First Nations communities:

It’s certainly not a bad thing to have Indigenous friends, even close friends who feel like family. But no matter how many friends one has, it doesn’t make you First Nations, because to be First Nations, you must first belong to a nation.

Though he doesn’t have any First Nations ties, Boyden renews his claim to having Métis ties, saying that he is “an enrolled member of the Ontario Woodland Métis.”

With the Ontario Woodland Métis, this rule doesn’t seem to apply.

Métis, as most know, means “mixed” — and for the Ontario Woodland Métis, to be a member, it appears that you only need to have some undefined, non-specific ancestry, and at least $10 for the cheapest one-year membership fee. But the word Métis means “mixed” in the same way that the word Blackfoot means “having feet which are black.” That’s to say that the identity has nothing to do with the meaning of the name and everything to do with ancestry and ties to a specific nation and culture.

The Métis are a nation of people who developed in the historic Northwest region of Canada and combined Indigenous and French elements into a distinct language, culture, and way of life. People are Métis because of their ties to the Métis Nation, not because they’re half Ojibwe or Nipmuc. Modern Métis people are descendents of this national community.

Having what Joseph Boyden refers to as “mixed blood” no more makes you Métis than having a waddle makes you from Turkey, or having a lot of piercings makes you Swiss. There is no connection between the two things, though the apparently loose membership requirements of the Ontario Woodland Métis may make you think otherwise.

Wanna be an Indian? Maybe just try it out for one year? Join the Woodland Metis! Special Deal: Buy 4 yrs, get 5th yr free! #Boyden pic.twitter.com/P4TwsuRKmF

It is disappointing to see Joseph Boyden stake this claim again, as he had previously apologized for misusing the term Métis, stating: “As I’ve delved into my heritage over the last twenty-five years, I’ve used the term Metis in the past when referring to myself as a mixed blood person. I do not trace my roots to the Red River, and I apologize to any Red River Metis I’ve upset.”

However, here we are again, with Joseph Boyden claiming Métis ancestry through an organization that appears to require no actual Métis connection, and that attacks other Métis organizations on their “About Us” page: “We feel that the legal, political and academic emphasis of the last decade on the prairie Métis populations has resulted in a lack of recognition and accommodation of Métis elsewhere in Canada — it is this imbalance which The Woodland Métis Tribe aspires to negate.”

Later in the Maclean’s article, Boyden writes that “those who were most vocal in their arguments against me and my family over the holidays last year were adamant, though, that it wasn’t about DNA at all when they spoke about my right to call myself an Indigenous person. It’s about whom you claim, and who claims you.”

However, his invocation of ephemeral ties to a constellation of different First Nations is an example of a wordsmith hammering at the concept of “who claims you” until it’s an unrecognizable mess.

The concept of national belonging isn’t as confusing or difficult as Boyden suggests it is when he asks: “What does it mean to be Indigenous in this country? Who gets to define it? Who gets to belong? And who gets to say who doesn’t belong?”

Canadians deal with the concept every time they cross a border. While First Nations are captive within the Canadian federal state, we are still nations like any others on Earth — we’re not new-agey, touchy-feely “states of mind.” The nationhood that so confounds Boyden consists of social, cultural, and political entities that Canada has tried to erase for 150 years. They aren’t a few friends in a few different communities, nor are they so inconsequential that someone like Boyden can ignore them on the way to calling himself “Indigenous.”

The line about “who claims you” stands out because of its coincidental similarity to a quote by First Nations academic Kim TallBear, who said in a 2016 CBC article: “We construct belonging and citizenship in ways that do not consider these genetic ancestry tests. So it’s not just a matter of what you claim, but it’s a matter of who claims you.”

That article, titled “Sorry, that DNA test doesn’t make you Indigenous,” explained why spit tests — like those whose results Joseph Boyden clings to in his Maclean’s piece — are not sufficient to claim actual Indigeneity. In fact, according to TallBear, such claims are a form of racism: “You have people with no lived experience in indigenous community, they can’t even name any indigenous family or ancestors, but they have a family myth about a Cherokee great-grandmother, or they’re descended from Pocahontas. … I think it’s another kind of claim to own indigeneity, to try to have a moral claim or sense of belonging on the North American continent and so that’s the context in which these tests are so popular.”

Unsurprisingly, Joseph Boyden has leapt at these DNA tests, brandishing the results as a trump card that he appears to think will end the questions: “I, along with others in my family who were so inclined, have spit into plastic tubes and sent our mucus off for DNA testing. And guess what? The verdict is: we’re mutts. Celtic DNA. Check. Native American DNA. Check. DNA from the Arctic. Cool. I didn’t know that. Explains my love for winter. Some Ashkenazi Jew? I love it.”

I don’t know if he is trying to be funny by referring to himself as a “mutt” or by joking about something called “Arctic DNA” — the Arctic includes Inuit, Sami, Russian, and Finnish peoples, after all. But the story makes little sense; for one, a thing called Celtic DNA does not exist, and for another, Native American DNA is so broad as to be meaningless when trying to claim Indigeneity in Canada. As an example of how meaningless it is, I refer you to this clip from Lopez Tonight, in which Seinfeld co-creator Larry David took a test like Boyden’s and was shown to have 37 percent Native American DNA:

As Boyden acknowledges, and as Indigenous writers have repeatedly said, DNA has nothing to do with being a member of a First Nation. In his article, however, Boyden offers nothing else that connects him to any actual nation; yes, he claims to be adopted by some — but that begs the question: if he’s already First Nations, why does he need to be adopted?

Boyden’s Maclean’s article is unreflective and self-serving, it avoids addressing the UBC sex scandal, it avoids seriously addressing the plagiarism accusations, and it misrepresents the arguments made against him — and presenting it without mention of his upcoming book tour is a big fail on the part of Maclean’s. Boyden has had over seven months to learn from Indigenous writers and thinkers, and to try and understand what we have been saying about what it means to belong to our communities. Instead, he has scraped together a group of family friends, a test tube of spit, and his track record of speaking over authentic Indigenous voices and says that, together, these things make him one of us.

It does not, and really, it doesn’t have to. As Gord Downie has shown, being Indigenous is not a requirement to stand up for Indigenous rights. You don’t need to be First Nations to donate to youth programs on the Rez, or even to write about First Nations history — though there’s a big asterisk on that last one.

One positive thing about Boyden’s Maclean’s article is what it shows about how Canada has changed — even if just a little. When the story first made news last year, white media figures came out of the woodwork to call people like me a “lynch mob” or hint that we were closet fascists. This year, other than professional reprobates Ken Whyte and Maclean’s writer Scott Gilmore, there are no voices standing up for Boyden; indeed, this time around, media figures like Colby Cosh are on side with the vast majority of Native people:

He just hasn’t confronted the obvious, comic similarity between his enterprise and Uncle Erl’s souvenir shack.

The majority of his article was clearly written for a non-Native audience, but Boyden did include one message to those of us who have questioned him: “A part of me remains that punk-rock kid saying f–k you to those who attempted to make me appear somebody and something I am not.”