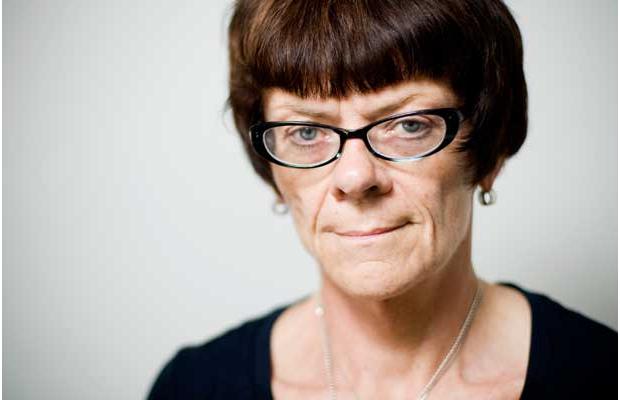 An Open Response to Christie Blatchford’s Request for Comment

Yesterday (Tuesday May 10) at 3:44pm I got an email from Christie Blatchford, which you’ll find below. I wrote back immediately to decline her request for comment, explaining that with mere hours to go before Ghomeshi’s court appearance I didn’t want to speculate on his legal strategy. I knew Ghomeshi was going to apologize and that Kathryn Borel was going to make a statement, and I didn’t want to distract from that. But I did know that Blatchford’s angle was inaccurate, and I offered to speak to her off-the-record to tell her why. She refused, and within hours she published a story. Here’s what she sent me, and the response I am now able to provide.
By Jesse Brown
Share

Jesse, I’m guessing (and only guessing) your interview with Borel may have had something to do with the Crown agreeing to withdraw the charge against Ghomeshi tomorrow and him signing a peace bond. It may be that a woman who cheerfully agrees with you that she was “incredibly inappropriate, foul-mouthed and sexual” in the workplace may be vulnerable to cross-examination.

You have anything to say about this?

Do you know if she’s planning to speak tomorrow?
Cheers

Sorry I couldn’t help you with a comment for your article yesterday. Happy to share some thoughts now.

You wrote “I’m guessing (and only guessing) your interview with Borel may have had something to do with the Crown agreeing to withdraw the charge against Ghomeshi.”

You were guessing wrong. As has been reported elsewhere, it was Marie Henein who came to the Crown peddling an apology from Jian Ghomeshi.

I’ve heard that this offer followed an earlier overture from Henein to Borel. It seems Ghomeshi was willing to pay Borel to drop the charges. Borel refused.

I would have gladly provided you this context if you’d taken me up on my offer to speak off the record. Much of your reporting on this story has relied on off-the-record sourcing, so it’s curious to me that you wouldn’t even hear the information I had for you. You were willing to report information from others.

If we had spoken, you might have thought twice about running a piece with this speculative headline:

“Is Ghomeshi complaint being dropped over credibility issues?”

The answer is no.

You go on to hypothesize about what “may” or “might” have led to the Crown dropping the charge. As we now know, the Crown dropped the charge because Ghomeshi apologized. So in addition to everything I’m about to say, your article misinformed your readers. It’s as lousy a piece of reporting as I’ve read from you, and I say that as someone who respects you as a journalist.

Beyond your hypothetical speculation, all that the piece is based on is an old episode of my podcast and on YouTuber Diana Davison’s theories. Why wouldn’t you get a quote from a legal expert? Or even ask Kathryn Borel herself for comment?*

About Diana Davison, who describes herself as an anti-feminist Men’s Right Activist — here are some things she has said.

Imagine if she had been talking about Jews or Blacks instead of women. I think it’s technically accurate to call her a misogynist and to call her videos hate speech.

That’s who you allowed to spin you — a bigot with a clearly stated political agenda to discredit feminism, whatever that means.

Are you aware that one of Davison’s videos was removed from YouTube because she violated a publication ban and revealed the name of a witness who was protected by a court order?

But I guess you did that, too. I mean, you didn’t actually use Kathryn Borel’s name, which was under the publication ban last night when you ran your piece, but you did tell people exactly where they could go online to find it and you identified this person as the complainant.

For someone who writes with such reverence about the criminal justice system, dancing around a court order seems reckless and incompatible with the values you espouse.

All technicalities, I suppose. Let’s deal with the meat of what your piece suggested:

Now, there happens to be some room for debate within all of that. The dirty joke? She made it at a Metro Morning meeting, not when she was at Q. Being “sexual” at work? I said that, she didn’t, and I must admit I never once saw her being that way at the CBC. Again, these are things Borel might have straightened out for you if you bothered to ask her.

But let’s imagine for a moment that they were all true.

Are you actually suggesting that a woman who makes dirty jokes at the office and is subsequently sexually assaulted at work has compromised her credibility? Do you not perceive the distinction between making a dirty joke to a group of colleagues and being sexually assaulted by your boss? Are these both just equivalent manifestations of a “sexualized” workplace?

Did she have it coming, Christie?

To borrow a phrase you used on my show when deriding other columnists, I think you were really writing out of your ass with this one.

Hope we’re still on for CANADALAND at the Movies. Should be a good one.

*Christie Blatchford has written back to me today to confirm that she did not ask Kathryn Borel for comment and explained that this was because she doesn’t get comments from a witness before court. Of course, Blatchford knew at the time that Borel was no longer going to testify.