Did you see Peter Mansbridge's report on Justin Trudeau? Yes, the one where they ride on a bus.
News Brief By Jesse Brown
Share

Did you see Peter Mansbridge’s report on Justin Trudeau? Yes, the one where they ride on a bus.

Most of us (and possibly Trudeau himself) felt it was an unbearable piece of sentimental ass-kissing. But Mansbridge thinks it’s a historic bit of exclusive journalism, a refreshing piece of “fly-on-the-wall” reporting, all thanks to the “unprecedented” level of access he was able to secure from the new prime minister’s handlers.

“I had been trying hard since election night to get “inside” the new PMO as it went through transition from contender to government. No immediate “yes” or “no,” which was a good sign, but time was running out.

I much preferred the idea of “access” to the “formal interview” option, which other networks had already done since election day. So, I tried something different. I played the “you talk of openness and transparency‎, so prove it” card.

That actually seemed to curry some favour, at least with some in the inner Trudeau circle.”

Now here’s the wedding video of Kate Purchase, Justin Trudeau’s Director of Communications. At 3:30, a man who looks just like Peter Mansbridge appears to be officiating the ceremony. 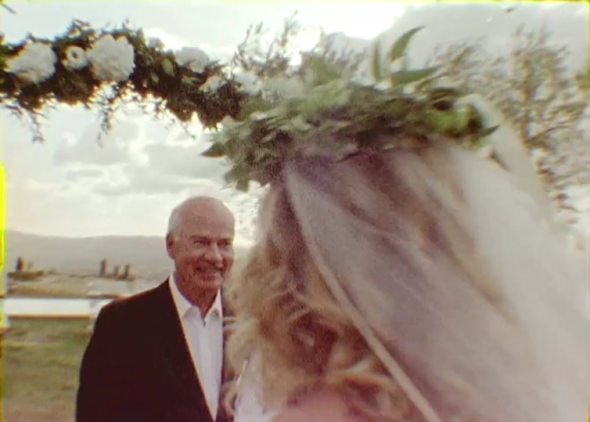 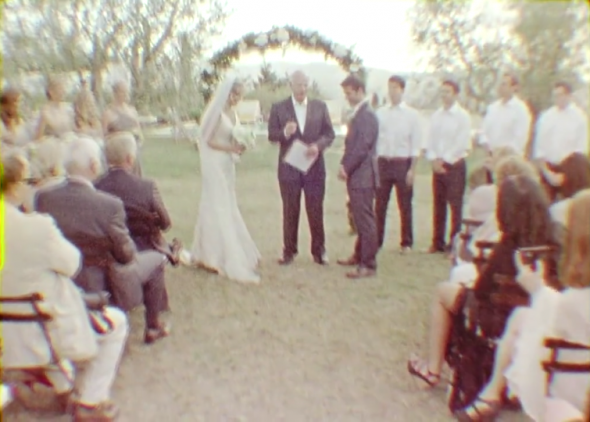 The CBC and Kate Purchase both confirm that Mansbridge is a close family friend of Purchase’s, and that he attended her wedding in Italy.

When asked whether Mansbridge officiated the ceremony, both replied that he “spoke” at the wedding.

And both said this is no big deal. CBC’s Head of Public Affairs Chuck Thomspson said, “there was no conflict of interest” and Purchase said, “we have always been very diligent in keeping our personal and private lives separate.”

So does this mean that when Mansbridge wants exclusive access to the prime minister, Purchase has nothing to do with it? Nope. Both Purchase and the CBC told us she was involved in arranging the “logistics” of the coverage.

However, efforts were made to keep some distance between Purchase and Mansbridge.

The CBC said, “the initial approach was made by Peter to another senior official in the PMO [not Purchase].”

And Purchase said that “access and logistics were negotiated with the producer of the program. Not Mr. Mansbridge.”

So nevermind everybody, nothing to see here.

Oh, by the way, Kate Purchase’s dad is Bruce Anderson, who until this week was a panelist on Mansbridge’s At Issue panel.

He stepped down, citing conflict of interest.