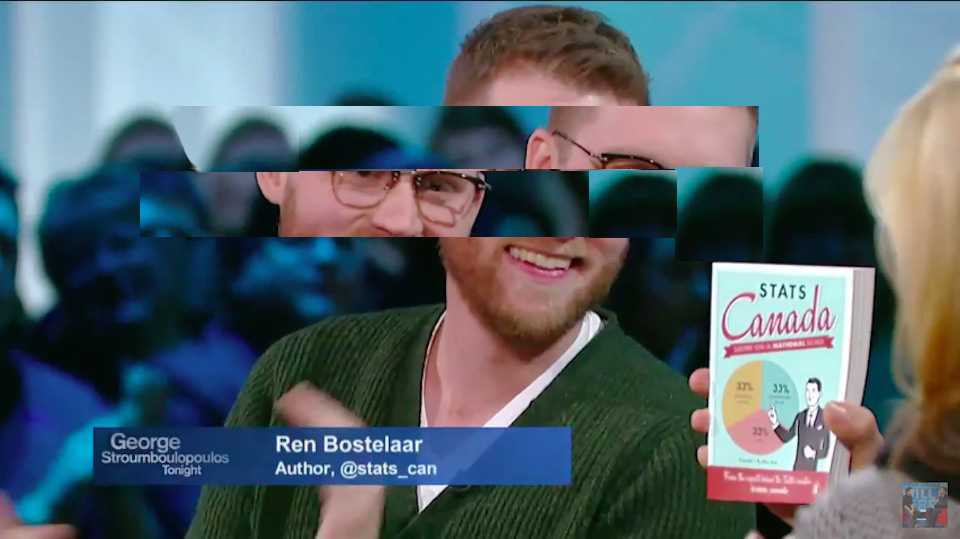 Our justice system has turned a blind eye; we, however, will always remember.
Opinion By Sophia Sadoughi
Share

Earlier this year, photographer and former @stats_canada co-author Ren Bostelaar admitted to sharing “sensitive” photos of women online without their consent. In court on Wednesday, he avoided criminal charges by agreeing to a one-year peace bond whose conditions include staying 100 metres away from and not communicating with the four complainants, deleting any remaining photos he may have of them, and refraining from using websites such as Reddit and 4chan.

Sophia Sadoughi, one of the women Bostelaar doxxed (who was not among the complainants), responds.

“…the larger lesson we should all be taking from this… is what you post on the internet is not private.” — Bostelaar’s lawyer, Sam Goldstein, following the hearing

The disappointing outcome of Ren Bostelaar’s Wednesday hearing and the subsequent statements made by his lawyer are yet another sad example of just how little progress has been made when it comes to protecting women from their abusers. It’s important to note that the sensitive material posted online by Ren included photos that he himself took, invalidating Mr. Goldstein’s viewpoint entirely.

The majority of the photographs in Ren’s possession were shared with him in confidence and were, in some cases, posted alongside personal contact information belonging to the victims, deliberately encouraging his online audience to harass them. Mr. Goldstein also mentioned that the case cost Ren his job and co-authorship of the new book spun off from the popular Twitter parody account Stats Canada. However, I would argue that it was very much Ren acting of his own accord which ultimately landed him in hot water and cost him these opportunities.

The irony in this is how those same sentiments would never apply to any other crime. Take, for instance:

“While the victims will never get their stolen cars back, the thief has had his license removed for a year. The main takeaway, says his lawyer, is that people shouldn’t let friends borrow their cars.”

See where I’m going with this? But I digress.

This prevalent culture of victim blaming is why many folks today still hesitate to come forward to address the violations of their wrongdoers. Why aren’t we reprimanding these offenders rather than continuously placing the onus on people for not taking these so-called preventative measures? If a person is suddenly robbed in broad daylight, do we fault them for keeping money in their pocket? Where exactly do we draw the line?

What Ren did to dozens of unsuspecting women (many of whom once called him a friend, myself included) and the horrifying domino effect that so savagely robbed us of any dignity deserves far more than what is effectively a slap on the wrist, made worse by the fact that we are talking about a public admission backed by cold, hard evidence — not an unproven, blind accusation. This is parental grounding for over a decade of manipulation and seemingly malicious intent.

Temporary “banning” from a handful of popular websites is a laughable punishment at best, and practically unenforceable given that most of these sites’ users are anonymous. To say that any of this even comes close to being remedied by a peace bond is borderline offensive.

For what it’s worth, Ren may have avoided criminal charges, but his actions have already made a long-lasting impression. Our justice system has turned a blind eye; we, however, will always remember.