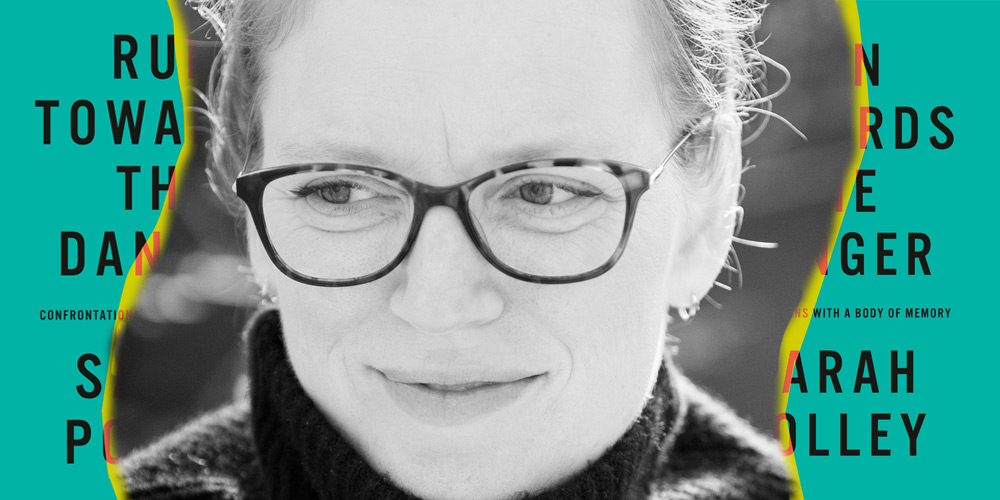 Sarah Polley on the Myth of the “Mad Genius”

They first met as guests on a 1996 episode of the CBC’s Jonovision on the theme of “Teen-age activists.” Polley, then 17, had been a child actor who’d recently gotten involved in anti-austerity protests against the Ontario government; Brown, then 19, had published an underground newspaper at his high school.

Shortly after, they went on what may or may not have been a date.

They remained friends, and these days, Polley is an acclaimed (and Academy Award–nominated) filmmaker, and Brown is the publisher of Canadaland, which in some ways is the grown-up version of an unsanctioned high school newspaper.

Polley is now also an author, whose memoir-ish collection of personal essays — Run Towards the Danger: Confrontations with a Body of Memory — was published by Hamish Hamilton earlier this month. The most headline-grabbing portion concerns what she describes as a violent sexual encounter with Jian Ghomeshi and her subsequent decision to not join those levelling public accusations against him, for fear that her friendly interactions with Ghomeshi in the intervening years would be used to discredit not just her own account but those of all the women.

In the book, Polley also reflects on her experience as the young star of Terry Gilliam’s troubled 1988 fantasy film The Adventures of Baron Munchausen, the scars left by that ordeal, and whether it’s actually necessary to hurt people in the service of creating great art.

On this week’s CANADALAND, Polley talks to Brown about Gilliam, Ghomeshi, and the myth of the “mad genius”:

In this excerpt, slightly edited, Polley and Brown consider the trope of the single-minded artist:

Jesse Brown: Terry Gilliam’s quoted in your book, from a quote he gave elsewhere, saying, “I think my priorities are right. I will sacrifice myself or anyone else for the movie. It will last. We’ll all be dust.” I’m not looking to… I love Terry Gilliam.

Sarah Polley (laughing): I know you do.

Brown: I grew up loving Terry Gilliam. I grew up loving Monty Python, loving Fisher King, getting to all of that stuff. But then that takes you to Orson Welles and the whole mythology of like, “These guys, you know, they’re madmen. They burned every bridge. They didn’t care about their careers.” I guess, in a way that I was romantic about art, like, “This is the ultimate expression of truth. It’s worth it to tell the truth. And it’s worth it to have this beautiful thing that will last forever.” I was only spared from, like, becoming that person by a complete lack of artistic talent.

Polley: I know, but you did it anyway! That’s what’s so impressive about you is you managed to take all the bullshit…

Polley: …and not create anything, except this thing. And that’s what’s amazing…

Polley: …is you do the whole, like, white, mad-genius, jerk thing, without giving us the art.

Brown: You know what the thing is, Sarah? Everybody out there adores you. Because they don’t know the truth, about how mean you are to me.

Polley: It’s true. I think that me being mean to you will only make me grow in people’s estimation. Like, I actually think this is my key to being loved, is the meaner I am to you… I just can’t imagine people won’t think more highly of me.

Brown: Am I the only person that you could be this way to?

Polley: With impunity? Yeah. For sure.

Polley: Before I got into being abusive towards you, I was gonna say: I think that stuff of that out-of-control, insane, “I’ll sacrifice anyone for this piece of art” becomes part of the mythology of why people love those kinds of figures. Like, it’s partly because they do make brilliant art. But I think we think somehow you can’t really be a genius unless you’re that ruthless, unless you’re that single-focus. I think there’s this thing that’s been adopted by people who love those kinds of artists that that’s a necessary ingredient in that formula.

Brown: And you’ve been trying to do it differently [as a director], and you’ve had kids on set, and you’re like, “No, there’s a holistic way we can do this. Kids, if you just want to take a nap, go take a nap. It’s okay. We’re not all, like, making movies here with a million dollars a minute.”

Polley: I’ve certainly seen great artists not have to adopt this kind of out-of-control, “mad genius” behaviour of not caring about anybody’s wellbeing or who they hurt in the process of telling a story. So I don’t buy that it’s necessary or even particularly interesting as a component of the narrative of what a great artist looks like.