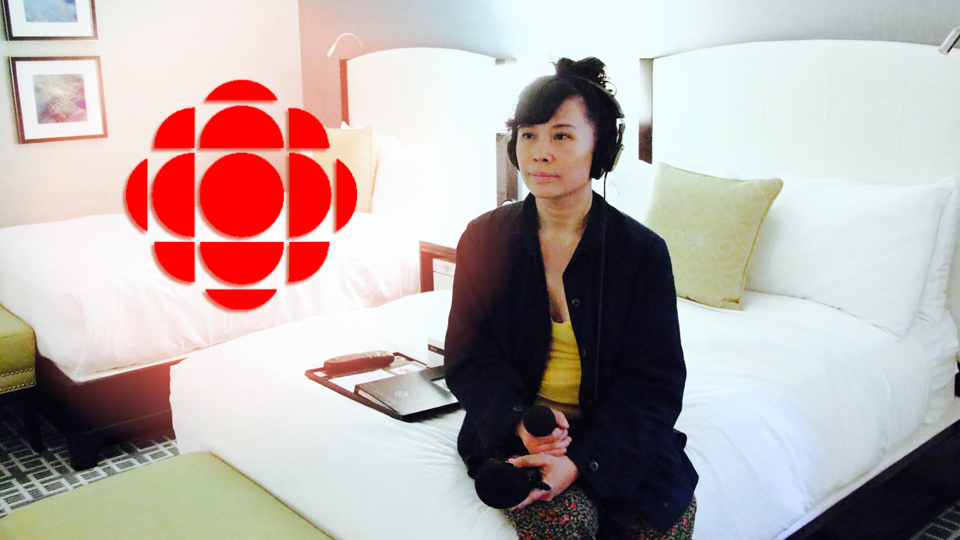 What CBC Radio Gets Right

Not everything outside current affairs is frivolous or misguided. Stories, Siobhan Özege writes, bring us together, too.
Opinion By Siobhan Özege
Share

There is a lot to be said about the CBC.

There’s a lot to be critical of, and we should be critical. But in an earlier piece written by Nick Fillmore, there is misdirected dragging of CBC Radio One’s new programming — because the kind of “human connections” programming that Fillmore takes issue with is exactly what the CBC’s mandate demands that it do.

There are official and unofficial guiding policies that have moved the CBC throughout its history. The ideas that Canadians should be connected “from coast-to-coast-to-coast” and that the broadcaster should serve “everyone, every way,” are critical in understanding its extremely broad and wide-reaching mandate. Given this, it’s not surprising that some days it feels like the CBC isn’t doing anything well.

What it comes down to is, what is the CBC’s purpose? Whose stories is it supposed to tell? When you look at why it was created, it was meant to tell stories that reflect Canada’s regional and multicultural complexities. I’d argue that these programs do exactly that. In fact, arguing that the public broadcaster’s purpose is solely to look at breaking or investigative news is a very narrow reading of the broadcaster’s mandate, and only continues to stifle an organization that’s trying to do the exact opposite — get out of years of being stifled.

But the problem isn’t with Radio One’s programming — the problem is a public broadcaster that lacks direction, and is at least temporarily trapped by legislative and financial issues that have historically prevented it from doing more interesting or innovative things. Ergo, people often mistakenly believe that the CBC’s purpose is primarily to provide breaking news and emergency weather reports.

When a public broadcaster is not only one of the worst funded in the world [pdf] but also recovering from years of funding cuts, it’s hard to meet a mandate as wide-reaching as what we’ve set out for it to do. So it’s understandable that after years of austerity, it might feel indulgent and wrong to invest in anything beyond what many believe to be its purpose.

But when you do a close reading of the CBC’s mandate and the legislation it’s contained within (as I have, thanks to my graduate work on Canadian content policy and history), it’s actually off-mandate that the CBC hasn’t been producing more of these “human connection” programs.

Under the Broadcasting Act (1991), the CBC’s programming should, among other things:

Depending on your interpretation of the legislation, there’s not even necessarily an explicit mandate to do news. In fact, the CBC’s mandate is “to inform, enlighten, and entertain,” and Radio One’s new programming seeks to do exactly that.

Of course, I agree with Fillmore’s point that in our current state, it has never been more important to “provide communities with the news and analysis that are necessary for democracy to function properly.”

But that doesn’t make everything outside of that scope frivolous or misguided; stories bring us together, too.

“It seems like a very fear-based and provocative stance to take,” says Julie Shapiro, executive producer of the podcast network Radiotopia from PRX. “I find the healthiest listening culture comes from balance — there’s a lot of news right now. Listeners everywhere are almost fetishizing news consumption through podcasts and news reports. It’s really important to think about and hear stories about our own lives as well as strangers’.…Sometimes it’s the mundane and the small that helps you connect, and might help you reset and brace for the next wave of news.”

There’s no shortage of things to blast the CBC for. But picking on new programming that shows a dedication to “the flow and exchange of cultural expression” that “reflect[s] the multicultural and multiracial nature of Canada” seems misguided and wrong. (Criticisms can be rightfully aimed at things like the lack of local news specifically in smaller communities across the country; issues with on-air talent diversity; abuse in the workplace; and a move to digital signals that has left remote communities without access to the public broadcaster.) To Lauren Mitchell, host of Hazlitt’s Cavern of Secrets, there is an element to the criticism of these new programs that doesn’t sit right.

“The CBC has always been a place for this kind of experimentation,” she says, “and frankly the only thing that is different now is that they are including the voices of women and people of colour.”

The creation of these new kinds of programs indicates a resurgence — and it’s not like it’s coming from left field. CBC has a rich history of producing podcasts that tell stories, like Wiretap, and Definitely Not the Opera. But like so many, the CBC is trying to figure out how to contemporize its offering. The ways we interact with the CBC are changing, and this is an attempt to meet us there. They’re prioritizing telling Canadian stories with original and interesting ideas that no one else is.

“National broadcasters around the world are trying to expand and enrich their missions and bring younger and more diverse listeners to their offerings,” says Shapiro.

The CBC is trying to bring us back to their mandate. We should celebrate this shift, not diminish it.

Siobhan Özege is a broadcasting policy nerd. Her graduate work on Canadian content, the CRTC, and the CBC has landed her positions across Canada’s cultural industries in television, music, and interactive media. She is also a board member for Toronto-based storytelling organization Raconteurs.