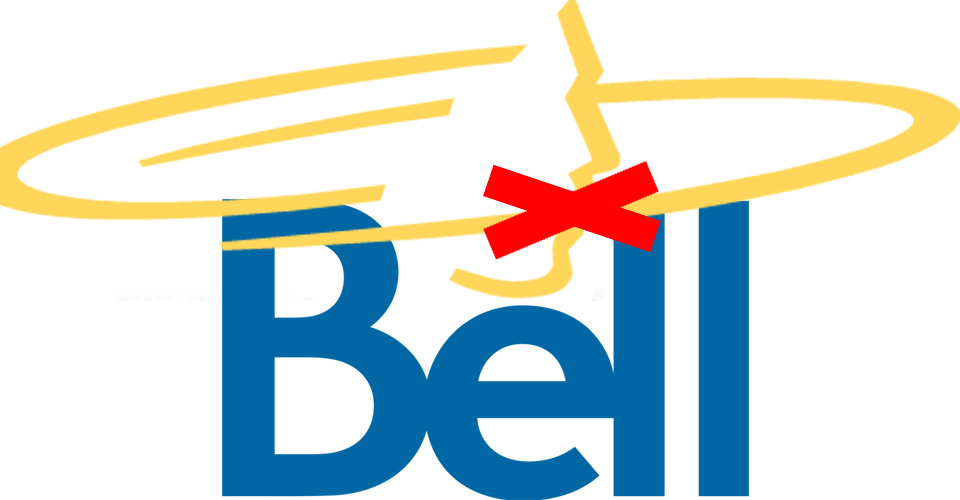 Inside Bell’s Push To End Net Neutrality In Canada

Documents obtained by CANADALAND reveal a plan to create a not-for-profit corporation responsible for maintaining a blacklist of alleged pirate sites.
Article By Robert Hiltz
Share

Canada’s biggest media companies appear to want to put an end to net neutrality, in the name of blocking piracy.

According to a draft proposal to the CRTC obtained by CANADALAND, Bell is leading a coalition of companies that intends to push the telecom regulator to create a not-for-profit corporation that would maintain a list of websites it had determined were peddling pirated materials, and force all internet service providers in the country to block access to them. The proposal closely follows testimony Bell made this fall before a House of Commons committee.

The new corporation would be called the “Internet Piracy Review Agency” (IPRA).

The coalition includes broadcasters, movie studios, and cinema operators from across Canada. After Bell, some of the biggest names include Rogers, Cineplex, and Quebec theatre chain Cinémas Guzzo, according to emails obtained by CANADALAND. A complete list of companies supporting the plan has not yet been finalized. The coalition expects to file its application to the CRTC on December 19, the emails say.

A spokesperson for Rogers, however, says the company has not yet decided whether to sign on to Bell’s plan: “We’re currently reviewing the proposal.”

According to the emails, the coalition doesn’t want to get U.S. studios and broadcasters as official applicants to the CRTC; instead, the American media conglomerates would join the application after the process gets rolling.

Geist, a University of Ottawa law professor and internet policy expert, says the proposal goes well beyond anything he’s seen before. “This is a dramatic shift. This is a prospect of significant internet regulation being done by the CRTC and without any court oversight,” Geist says. “The only court oversight [would come] after a site has been blocked.”

It would be the classic start of a slippery slope, according to Geist. “If you make the argument that you’re in a position to block for these purposes, it seems pretty obvious that we’re going to see other groups say that you ought to be blocking for other purposes,” he says.

A spokesperson for Bell said he “couldn’t comment on any documents you might have,” but did go on to say that piracy was increasing, posing a threat to both creators and consumers. “We hope government, the content community, and consumers can come together to help deal with an issue that impacts all of us,” Marc Choma says in a statement.

Rogers, meanwhile, says through their spokesperson that “on the issue of online piracy, we’re all for streaming and new ways of watching content, but pirating content means that content creators don’t get paid for their work.”

Geist says that earlier this year before a House of Commons committee, Bell outlined a proposal in broad terms that dovetails quite neatly with the draft proposal. Rob Malcolmson, Bell’s senior vice-president for regulatory affairs, testified in September the media giant — which owns CTV, Space, Much, and CraveTV, among many other platforms — would like to see more severe restrictions on internet access to piracy sites.

“We would like to see measures put in place whereby all internet service providers are required to block consumer access to pirated websites. In our view, that’s the only way to stop it,” Malcomson told the Standing Committee on International Trade. “You would mandate all ISPs across the country to essentially block access to a blacklist of egregious piracy sites.”

Geist says the CRTC has essentially ruled out its willingness to outright block websites, even if they do break, for example, copyright laws. “The CRTC has said yes, it has the power to order blocking. It has also said that it’s only in exceptional circumstances, and it doesn’t happen in furtherance of other laws.” That, he says, undercuts the proposal’s key argument that the CRTC has the legal authority to enforce the blocks.

A spokesperson for Navdeep Bains, the Minister of Innovation, Science, and Economic Development, says in a statement there is already a way to protect intellectual property: the copyright system.

While not saying the government would outright reject a piracy-blocking system, spokesperson Karl Sasseville says, “Our government supports an open internet where Canadians have the ability to access the content of their choice in accordance to Canadian laws. ‎Net neutrality is a critical issue of our times, much like freedom of the press and freedom of expression that came before it. That’s why our government has a strong net neutrality framework in place through the Canadian Radio-television and Telecommunications Commission.

One of the pillars of the telecom proposal is that other countries have put up similar blocks to cut down on piracy. The proposal points to the United Kingdom, France, and the European Union more broadly as places in the world where blocking is used.

But there’s a key difference in those jurisdictions, Geist says. The blocking in those European countries has a court process throughout. The proposed IPRA has none of that, that we’ve seen.

Besides, Geist says website blocking isn’t all that effective. “Piracy rates in some of those same countries with website blocking, I’m not aware of any study that suggests there’s any significant difference.” He says when you block one site, there are a number of others that pop up in the vacuum that’s created.

Ultimately, Geist says what undid the scourge of music piracy wasn’t blocking people from accessing piracy sites, but rather the introduction of streaming services that people were willing to pay for. “If there is a piracy problem, it is addressed far more effectively by good business models that offer up competitive services that people want to buy.”