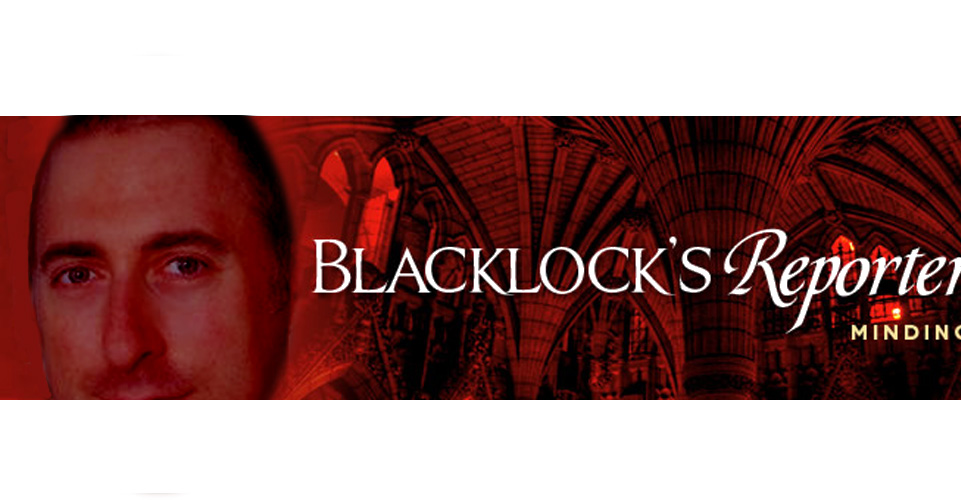 Earlier this month, the Ottawa news organization Blacklock’s Reporter settled a lawsuit it had initiated against one of its own freelancers.

The online outlet had sued Dale Smith in the fall, claiming he withdrew an affidavit sworn in support of a different Blacklock’s lawsuit when the company wouldn’t pay an invoice he submitted for HST. Blacklock’s, which sought $10,000 in damages from Smith, also wanted to establish it owned the copyright to all of the stories he’d ever written for the federal-government-focused publication.

The lawsuit was officially discontinued April 10, with Blacklock’s withdrawing the allegation that Smith had acted in bad faith, and Smith agreeing that Blacklock’s owned copyright in his work.

Blacklock’s decision take one of its own contributors to court traces back to a series of at least a dozen lawsuits it’s filed against government departments and crown corporations, seeking damages for what it considers breaches of copyright. The specific details vary from case to case, but at the heart of them all is the question of whether sharing an article that was behind a paywall with someone who doesn’t have a subscription is a violation of a publication’s copyright.

It’s a contentious issue, because Blacklock’s has argued in the past that if it’s not allowed to strictly enforce its paywall, its entire business could collapse. So, it’s turned to lawsuits — particularly large lawsuits against the federal government — to settle the issue and recoup what it says are losses to its business. On the other side, critics — and defendants — say much of what Blacklock’s is claiming as copyright infringement is actually legitimate use under the “fair dealing” provisions of the Copyright Act. Fair dealing — similar to the American concept of “fair use” — gives people the right to use copyrighted material for things like satire, research, education, parody, or private study.

Blacklock’s had some early success with its line of argument.

The vintners lost the case. Deputy Judge Lyon Gilbert ruled they had breached copyright by purposefully going around the paywall to get the article, and that when they received it did not take any action to have the errors they claimed they saw in it get fixed. This, Gilbert wrote, disqualified them from claiming a defence of fair dealing. The Canadian Vintners Association was ordered to pay more than $11,000 for a bulk subscription, plus an additional $2,000 in damages by the court.

But things did not start off quite so well for Blacklock’s at the Federal Court level. There, the outlet had sued a number of government departments for breach of copyright after it discovered, sometimes through access-to-information requests, that its articles had been shared through various offices to people who did not have subscriptions. The first suit to come to trial was between Blacklock’s and the Finance Department.

At issue were two stories Blacklock’s published about a possibly botched government policy. When one piece was published, someone at an outside organization felt the story was torqued, according to the judgment. That third party took out a subscription, then emailed a copy to the Finance Department to explain their side. That emailed story was then shared amongst Finance staffers, none of whom had a subscription. The same thing happened when Blacklock’s published a follow-up story.

This time around, the defence of fair dealing was accepted by the court.

In a subsequent ruling, Barnes ordered Blacklock’s to pay the government more than $66,000 in court costs. (The outlet has since said it would appeal the costs ruling.) The justice also chastised Blacklock’s for bringing the case at all: “Any reporter with the barest understanding of copyright law could not have reasonably concluded that the Department’s limited use of the subject news articles represented a copyright infringement. Indeed, the fair dealing protection afforded by [the Copyright Act] is so obviously applicable to the acknowledged facts of this case that the litigation should never have been commenced let alone carried to trial.”

While that case was being decided, nine others were stayed — which is to say, paused — by the Federal Court. Those nine were restarted in January 2017.

And this at last brings us back to Blacklock’s lawsuit against its freelancer, Dale Smith (who has also contributed to CANADALAND). It’s from these remaining cases that the dispute between Blacklock’s and Smith came to a head. To bolster its argument that the company, and not its writers, owned copyright in the articles at issue, it asked some of its freelance journalists, including Smith, to submit affidavits to the court.

In this next part of this story, dates become important — this tangle of events made up the issues at stake in the news outlet’s lawsuit against its former contributor. (The majority of the documents referred to from here on out were provided to CANADALAND by Tom Korski, managing editor and co-founder of Blacklock’s Reporter.)

On June 7 of last year, Smith signed an affidavit saying Blacklock’s was the sole owner of the copyright of the stories published under his byline. In that affidavit, Smith affirmed everything he wrote for the outlet was their property, with which they could do what they liked. This affidavit was filed with the court.

Government lawyers then decided they wanted to cross-examine Smith and the others who filed affidavits. On July 21, according to Korski, an attorney from the Justice Department sent Smith an email looking to set up appointments for cross-examination in early September. “For those who have not, please advise…by July 25 if you wish to withdraw your affidavit,” the attorney wrote.

A month later, on August 24, Smith sent an email requesting back payment of several thousand dollars of HST that he said the Canada Revenue Agency told him he owed going back to early 2015. (That invoice was for $7,681.05, but Smith filed an amended invoice the next day, saying he’d made a calculation error, and the figure was reduced to $5,048.55.)

On August 30, Smith sent the Blacklock’s editor a note requesting a lawyer be provided for his upcoming cross-examination. “Should you decide not to and I am called as a witness, the first thing I will say is that I asked for legal representation and to be reimbursed for same, and you declined,” Smith wrote. A week later, he sent an email to lawyers for the Justice Department and Blacklock’s formally withdrawing his affidavit.

It’s these two events — the withdrawal of the affidavit affirming Blacklock’s ownership of the copyright, and the request for back taxes — on which the news outlet built its $10,000 suit.

To establish Blacklock’s as the copyright owner, the statement of claim against Smith detailed the outlet’s editing process for freelance articles. The outlet’s “Standard Rewrite” policy means each “article is reordered and restructured according to a theme and focus of the managing editor [Korski]. Approximately 75 to 90 per cent of the article is completely rewritten.”

To bolster its claim for damages, the statement of claim laid out the timeline of the withdrawal of the affidavit and the request for the HST payment, alleging that Smith had “acted in bad faith in the context of a Federal Court proceeding by purporting to withdraw a solemnly declared statement after [Blacklock’s] declined to meet [his] demands for a monetary payment.”

The case never went to trial. Instead, the two sides settled out of court and the lawsuit was officially withdrawn two weeks ago. The details of the settlement are confidential, and neither side would discuss them.

In an email to CANADALAND, Blacklock’s lawyer Scott Miller says, “The matter has been settled to the satisfaction of Blacklock’s. Mr. Smith has acknowledged the copyright of Blacklock’s. There is nothing else I can report.”

Smith’s lawyer, Ben Grant, also says there is little to talk about regarding the settlement. “There’s stuff that is confidential in the [case],” he says. “Dale did not actively dispute [the copyright issue] in any court proceeding that was going on when this started.”

In addition to pulling the lawsuit, Miller sent a letter to Grant withdrawing the allegations in the claim.

“Blacklock’s specifically withdraws the allegation that Dale Smith acted in bad faith by purporting to withdraw a solemnly declared statement after Blacklock’s declined to meet demands by Dale Smith for a monetary payment,” Miller wrote in the letter, obtained by CANADALAND. He went on: “Dale Smith does not dispute Blacklock’s ownership of the copyright in the works at issue in those actions.”

But in a back-and-forth email exchange with CANADALAND, Korski, the managing editor of Blacklock’s, is less definitive.

“I don’t know why Smith withdrew his sworn statement. I’ve never heard of anyone withdrawing a solemn oath filed in a Court proceeding or anywhere else,” Korski tells CANADALAND.

He continues, “Why would Smith get peevish about attending a 2017 cross-examination when he’d attended an identical hearing in 2015 without a murmur? Why did Smith withdraw his affidavit? Why would Smith cite a tax issue in demanding large cash payments, then never mention it again? Would Smith have withdrawn his sworn statement if I paid him $8,000 or $5,000 he requested two weeks before his cross-examination?”

Smith tells CANADALAND he’s glad to have put the lawsuit behind him. “The HST matter was separate from the matter concerning the affidavit, and there was never any connection between them,” he says. “The HST issue has not been resolved, and I am uncertain what this means going forward, as I have not yet discussed the matter with CRA.”

In his messages to CANADALAND, Korski refers several times to the accusations from the settled lawsuit, laying out a series of dots between events without fully connecting them. But when asked straight out if he was effectively reiterating the withdrawn allegation that Smith had acted in bad faith, he declines to take that step.

Update (April 23, 2018, at 1:07 p.m. EDT): Monday morning, Blacklock’s published a story that included its own version of some of the events described above.

“Smith withdrew the sworn statement after asking Blacklock’s for $7,681 to pay his tax arrears. The editor refused to make any payment,” the story says.

This morning, Blacklock’s (@mindingottawa) posted an article containing an unfounded and untrue suggestion that I acted improperly.
Full facts can be found at this Canadaland story:https://t.co/yoKfTSoCAo
I invite Blacklock’s to remove the piece and apologize. pic.twitter.com/DfYPgh6HmL

Blacklock’s responded with a reply to Smith’s tweet, suggesting it would not be retracting the story:

In an email to CANADALAND, Smith said he had no further comment and hadn’t decided whether to pursue further action. We also reached out to Korski to ask if this means Blacklock’s would not be retracting its story. If he responds, we’ll update further.

Note: Robert Hiltz and Dale Smith are both contributors to Loonie Politics, and, while serving as interim news editor for CANADALAND in late 2016, Hiltz commissioned a story from Smith.