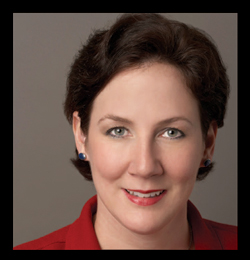 Jennifer McGuire singles out one critic, ignores the rest
By Jesse Brown
Share

Since CANADALAND broke the news that Peter Mansbridge took money from an Oil Sands lobby group, reporters, editors, columnists, elected officials and academics have denounced this obvious, glaring, undisclosed conflict of interest. The list is long*, and it includes some of the most respected members of Canada’s journalistic community. Yet neither Mansbridge nor anyone from CBC management has responded directly to any of their criticisms- not even when CBC Radio asked them to.

Jennifer McGuire, Editor in Chief of CBC News, maintains an Editor’s Blog. It’s presented as an exercise in transparency, with a mandate to reveal “how we work” & “how we make decisions”. In practice, it’s used for damage control. Last night, it was used to lob an attack.

Dan Rowe is an editor at J-Source, a non-profit website about Canadian journalism. He posted an editorial questioning Peter Mansbridge’s news judgement, in light of the oil revelations. Jennifer McGuire didn’t like that.

She struck back with a post attacking Rowe, charging that he “fails to live up to the journalist ethic he himself espouses, and indeed is tasked with teaching others, when he makes baseless suggestions”. McGuire goes on to denounce his piece as “empty rhetoric,” while breathlessly extolling Mansbridge as an “impressive…icon of our profession”, of whose “passion and expertise”, the CBC remains proud. It’s a bizarre, sycophantic, and highly selective attack, in which McGuire repeatedly expresses outrage that Rowe has dared to suggest that someone of Mansbridge’s stature might possibly be influenced by the (still undisclosed) thousands of dollars he’s been paid by the oil industry.

Now I have no idea if Mansbridge or the national newscast he calls the shots on is overtly or subtly taking editorial cues from the energy industry. But given the circumstances, I’d say that Rowe is asking some pretty reasonable questions.

Consider for a moment the fact that The National has only one opinion guy, and he’s Rex Murphy, a climate change denier. Instead of speaking to this point, which has been raised repeatedly by CBC viewers even before the oil pay revelations, McGuire laughably suggests that The National has balanced Murphy’s frequent opinions by once airing an interview with Neil Young.

Rowe never concludes  that The National is an advertorial, he speculates, he suggests.  He writes, quite reasonably, that Mansbridge’s conflict of interest “should be raising questions” about how The National covers climate change.

Asking questions is the job, so I’ll add a few:

Why is McGuire singling out Dan Rowe while ignoring a rising chorus of criticism and inquiry from every corner of civil society? Why haven’t Mansbridge or McGuire simply owned up to the obvious: they made some mistakes in judgement. They were pretty bad mistakes, but probably wouldn’t prove fatal to the career of anyone who recognized them and took responsibility. A little humility and accountability would likely satisfy most viewers, so why haven’t Mansbridge or McGuire offered any?

Without direct answers, I am left to speculate and, God help me, to suggest. Maybe The National and McGuire have yet to own up because this is not the only thing they’ve been hiding. Perhaps they’re trying to avoid closer scrutiny of other transgressions, like the time they sold news coverage to Parks Canada.

In 2012, Parks Canada wanted attention for their shipwreck salvage project, a prong in Stephen Harper’s Arctic sovereignty bid, an effort to claim a massive reserve of untapped oil and gas. Mansbridge worked directly with Parks Canada to pressure the CBC to send him and a news crew there, and they did. No ship was ever salvaged, but The National provided two segments of fawning coverage and the CBC dedicated a CBC News website to it. Parks Canada paid the CBC $65,000. I covered this a while back for Macleans, and even made a little video about it. But the story never got traction. Perhaps McGuire wants to keep things that way. Perhaps there’s something else. **** *Here’s that list. The following people have spoken out against Peter Mansbridge’s decision to take money from oil companies, and/or the CBC’s decision to permit this. Neither CBC News management or Peter Mansbridge have responded directly to any of their comments:

Who did I forget? Please add in the comments and I’ll verify.