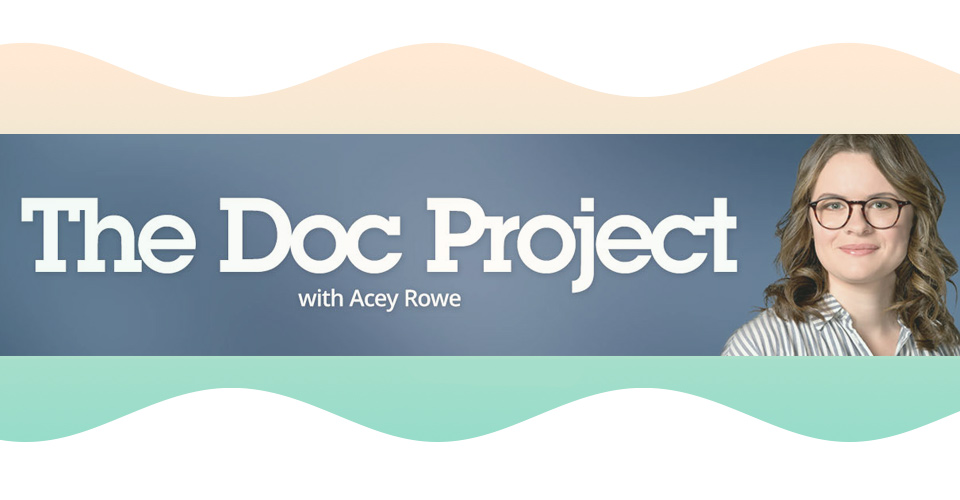 A recent radio documentary on assisted dying was originally produced for a company that sells customer-support software.
Article By Robert Hiltz
Share

The documentary, “‘Time is limited, let’s have at it’ — one man’s decision to die on his terms,” tells the story of a man deciding to go through with doctor-assisted suicide. It originally aired last September on the podcast Relate by Zendesk, under the title “Dying with dignity.”

The source of the documentary wasn’t hidden. At the end of the segment, Doc Project host Acey Rowe said, “That documentary was produced by David Swanson, Dominic Girard, and Shawn Cole from Pacific Content. It’s part of a podcast series called Relate by Zendesk. You can head to relate.zendesk.com to check it out.” Similar language was used on the website description of the segment.

But CBC spokesperson Chuck Thompson says this isn’t part of a plan to introduce regular ad-supported programming, and that about 97 per cent of The Doc Project’s material comes from either CBC staffers or Canadian freelancers.

“In the case of this documentary, it was a first for The Doc Project. We felt it was a powerful story of a man grappling with his mortality, beautifully made, and we wanted to share it with our listeners,” Thompson says. “It is not part of any larger ‘sponsored content’ framework for CBC Radio, rather our focus in selecting the stories we air is driven by a desire to offer compelling content to our listeners.”

Steve Pratt, co-founder of Pacific Content and head of strategy at the company, says they were the ones that reached out to CBC to get the story on air. “We reached out to CBC — we honestly just loved this story, we’re really proud of it, and wanted as many people to hear it as possible,” Pratt says. “We’ve never done it for a story before, and it’s not part of our strategy. It’s a one-off.”

Established by former CBC producers in 2014, Vancouver-headquartered Pacific Content produces a number of podcasts sponsored by a variety of companies including Slack, Prudential, Charles Schwab, and Mozilla. The company makes what is sometimes called advertorial or sponsored content. Pacific Content now calls them “original podcasts with brands.” (CANADALAND recently launched its own “branded podcast” imprint.)

San Francisco-based Zendesk is a software company that makes tools that primarily serve to run the help sections of corporate websites, including things like FAQs and live chats. One of the places that CBC uses Zendesk’s products is the help section of Curio.ca, which announces it is “powered by Zendesk.” Curio is the CBC’s online streaming service offered to schools, universities, and libraries that offers access to its programming.

CBC’s advertising standards state: “No advertisements may imply that the CBC/Radio-Canada uses a product or service, or advocates a point of view or course of action.”

Thompson says the decision to run the segment had nothing to do with CBC’s own use of Zendesk’s software. “Entirely independent of programming decisions, CBC often contracts third parties for services and goods, in line with our procurement policies,” he says.

CBC began running sponsored content on its website more than a year ago under the banner of CBC Life. Some of the stories there are sponsored by the likes of Starbucks and Spinbrush. At the time, Thompson told CANADALAND the content was walled off from the news operation and wasn’t covered under the Corp’s journalistic standards.

As for Pratt, he says this isn’t part of some wider plan to push into public radio.

“We regularly have a selection of our podcasts air on SiriusXM in North America. This was the first segment that has run on CBC,” he says. “We don’t have any plans for public radio expansion.”